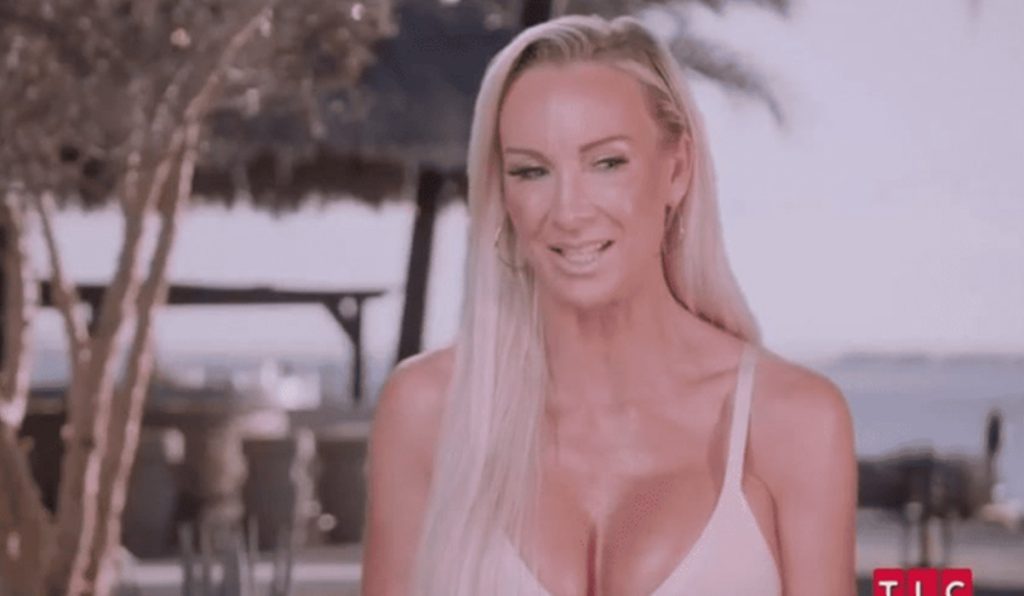 The MILF Manor has become one of the most controversial shows on the TLC channel. The viewers have watched only one episode yet think it is extremely bizarre. Apparently, it is a dating show that brings eight hot moms and their young sons into the same dating pool. Undoubtedly, these moms are looking forward to having fun and feeling the rawness of the younger men. However, it seems that Kelle Mortensen is definitely a lightning rod of controversy amongst them. But you might be thinking, who is she? And from where does she comes? To know more about the celeb, keep on reading.

The MILF Manor fans know Kelle from the trailer, where she admits that dating younger men is her theme. Apparently, the celeb revealed that earlier she used to think that age was a big issue until she dated a guy who was 14 years younger than her. Since then, she realized that dating younger men is really fun. Not only this, but she further disclosed that since then, she has been dating and hanging out with youthful guys. Moreover, Kelle admitted that she could teach a lot to boys half of her age. Apparently, when she was asked what she could teach, the celeb doubted if she could reveal that on national television!

Hence, now you would understand the mindset with which Kelle came to the show. Apparently, the celeb is 51 years old and is eager to find a match that is of her son’s age. Not only this, but the TLC star is from Michigan but resides in Orange County, California, because of her career thirst. In addition to that, Mortensen is a real estate broker and a fitness coach as well.

Apparently, the celeb came to California to become a businesswoman. Hence, she intially started working in the McMonigle Group, and hard work made her lead within a span of 4 years. Though her exact net worth isn’t known yet, it seems that she might have grossed about 80 million per year with her multiple businesses, as per Tvshowsace. Not only this, but in 2000, Kelle decided to start a business that deals with Real Estate Morgage lending companies, which even got a license in around 26 states. Amazing, isn’t it? But the tale doesn’t end here. After almost eight years of hard work, the matriarch also got her broker’s license which further helped her to expand her business and to earn well!

The MILF Manor star Kelle has six children. Not only this, but she also revealed that they aren’t from the same man. Apparently, she is comfortable in claiming that she would not have six children with the same person. Hence, the bleached blonde hair has kids named Jack, MaKenna, Ava, Maddy, Joey, and Kenn. Not only this, but before making her appearance on the dating show, she was married to Steve Mortensen and shared a daughter named Ava with him. However, things didn’t work out, and the duo decided to part ways. While the others are probably from her prior realtionship, as all of them have the same surname, Burford.