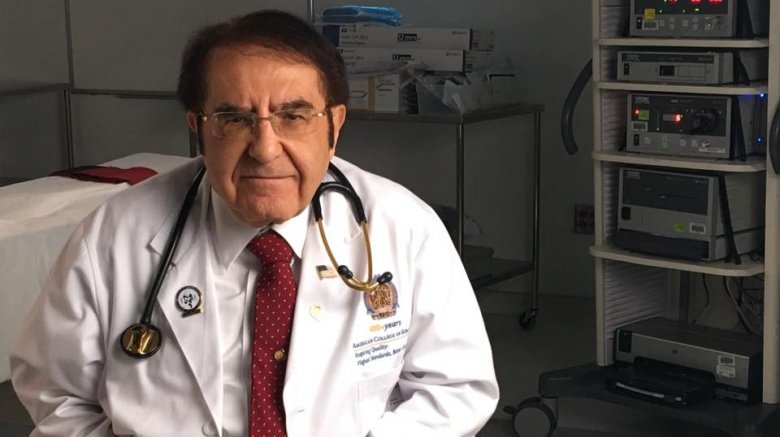 My 600 LB Life: Dr. Now Confirms He Is Not Dead, Alive And Well Amid Rumors

Were you the one to believe in Dr. Now’s death rumors? If yes, then it’s time for you to take a breath of relief. The most important face of My 600 LB Life, Dr. Now, is alive. He himself cleared all the doubts and confirms that he is all well and healthy. The doctor himself now clears all the false headlines. Let us look into the details below.

My 600 LB Life: Dr. Now’s Death Has Not Been Rumored For The First Time

There have been some circulations of Dr. Younan Nowzaradan’s death around the web. Well, it’s not the first time for such news to circle around. There have been several times when the star’s death was speculated. Thankfully, the doctor made it until now and hopefully has more years to live ahead.

One of his Instagram posts has his close picture with words saying, “2021 has to be better.” It’s the time of Pandemic. TV Shows Ace reports that fans thought Dr. Now. to have surrounded with deadly coronavirus. Sooner, death words started revolving around the news. Dr. Younann Nowzaradan is 76 years old, and it’s normal for people to show concern about one’s health at this old age.

Moreover, the star is the backbone of TLC’s My 600 LB Life. He has been helping people out from their nightmares of obesity. Dr. Now remains the most significant member of the show. His famous 1200 calories diet chart is world-famous. It was Dr. Now who brought up the idea of creating a show where he treats obesity. It’s been a long and beautiful journey with Dr. Now. My 600 LB Life fans now wonder whether it has come to an end.

Fans were looking out to find the answer to Dr. Now’s death rumors. Therefore, Dr. Now himself took to Instagram to clear all the doubts. My 600 LB Life’s star assured fans that he is well and live. He first thanked the fans for showing their concern towards him. The 76-year-old writes, “Today I am doing surgery, and my office has informed me we have received many calls asking about me since there are false headlines and rumors of my passing.”

Dr. Now finds the rumors to be common ties now. He further shits every rumor down and confirms to spread the word that he is alive. Let the truth prevail. The star is all healthy and is still working in St. Joseph Medical center in Houston, Texas. Fans were worried after knowing the rumors of Dr. Now’s death. What would have happened to the show after his death? TLC’s show is doing well, and we wish it to keep airing for many more years ahead. Make sure you check twice before believing anything.