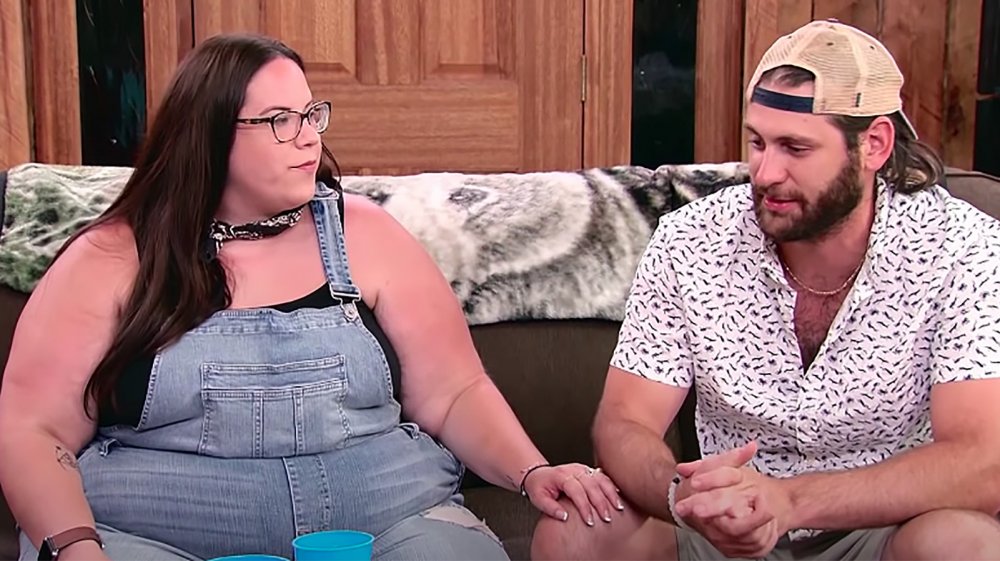 My Big Fat Fabulous Life: Whitney’s Ex Chase Severino Engaged To Sara Jackson, After He Cheated On Her & Got Another Woman Pregnant

It seems like Engagement Shenanigans! My Big Fat Fabulous Life Whitney Thore’s ex-fiance Chase Severino is all set to get married. Chase was previously cheated on Whitney and made another woman pregnant. Many wonder whether he will do the same with his fiancé. Is Sara Jackson Chase’s soon-to-be wife? When will they walk down the aisle? Will Chase once again cheat? Let us look into the details below.

My Big Fat Fabulous Life’s Chase Severino is engaged. And the proof was uploaded on Instagram by Sara’s gal pal Katie Cottle. Starcasm reports Katie uploading Sara and Chase’s photo on her Instagram story. The couple is seen drinking together in Jewel Grande, Jamaica.

Fans can easily notice the engagement ring on Sara’s left hand as Chase and Sara seem to enjoy the moment. Some of the fans speculate the couple to have been on holiday in Jamaica. Some even say Chase to have proposed Sara in Jamaica. However, the same could not be true.

It is not the first time when Sara Jackson is seen wearing a ring on her left hand. Her Facebook photo claimed her wearing the ring in October last year as well. However, both ring seems to be a bit different than each other. So, does that mean Chase upgraded and proposed Sara Jackson to marry him? Although none of the stars have made any clearance on their social media. However, Katie’s post does make it clear that both are engaged. Congratulations to the couple.

My Big Fat Fabulous Life: Fans Speculate Whether Whitney Will Be Part Of Chase’s Wedding Or Not

Ever since the picture of Sara and Chase’s engagement surfaced online, fans have started speculating what is about to happen ahead. Many wonders Chase and Sara’s engagement to somehow revolve around Whitney. Meanwhile, Sara and Chase welcomed their first daughter last September. Ever since then, Chase is seen to post many pictures of his daughter.

Also, back in May 2020, Chase and Whitney experienced a lot of ups and downs in their relationship. It indeed got Chase to come close to a woman with whom he had a long history. Moreover, Chase got the woman pregnant with whom he was cheating on Whitney.

Fans also took it to Reddit to theorize the future scenario of Chase, Whitney, and Sara’s story. One of the fans says, “Is Whitney ready for this?” Another one writes, “He is engaged to his REAL longtime girlfriend.” Two engagements, two different people, and two years seem to be too early and too fast for some fans to understand. Is Whitney okay with what is happening around her? She may seem to, but fans know that she is not okay from the inside. The engagement might be a bit too early for Whitney to digest. Meanwhile, Chase Severino and Sara Jackson have not yet announced the marriage date. Let us further wait for it to come.