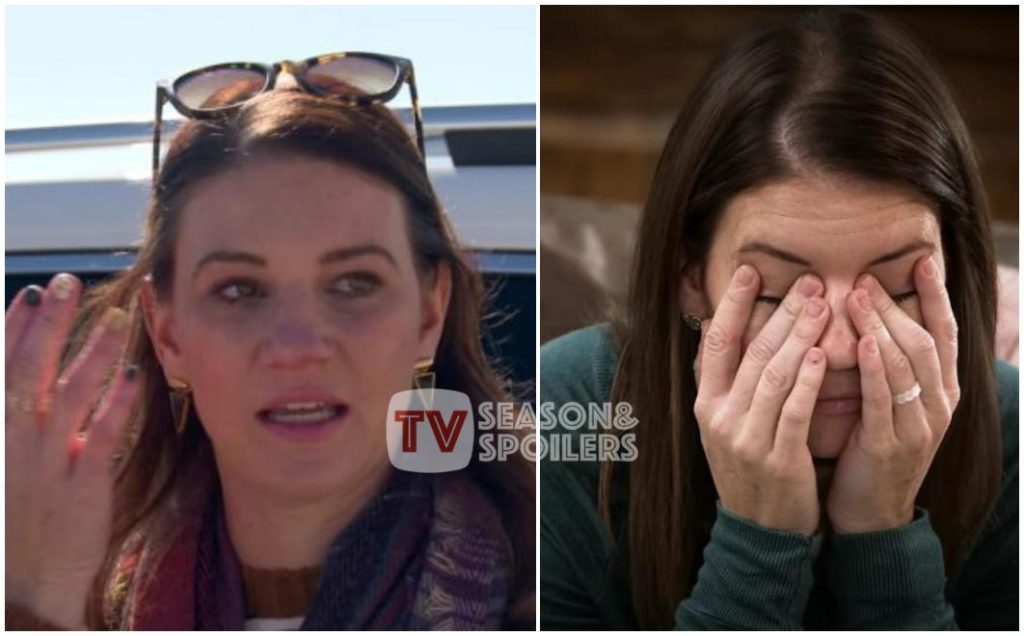 The OutDaughtered fans must have noticed that Danielle’s beautiful face is glowing these days. Well, she is a full-time mother. Hence, it must be difficult for her to take out time for self-care. However, her skin is still very much healthy as compared to others her age. However, the beauty consultant went for a chemical procedure on Monday. And it looks like the procedure didn’t go well. More so, Danielle’s kid’s reaction wasn’t that great either. So, what did she do with her face? Tune in with us to find out.

Danielle Busby has garnered much attention from the reality TV show OutDaughtered. Hence, over time her social media presence increased too. Therefore, the reality TV star keeps sharing her updates on Instagram. Likewise, on Monday, she took to Instagram stories to share that she’s heading to Modern Skin Solutions to get a chemical peel done. She mentioned that she got that as a gift in December. Danielle shared on her Instagram story that she isn’t nervous or excited. That’s because she hasn’t done the chemical peel before. Danielle adds that she doesn’t have bad skin and she really wants to try it.

After that, she was quick to share an update about it. Danielle shared her picture after the chemical peel, and it looked normal. However, it was all red after four hours when she washed her face. Danielle said that her face was burning for a couple of minutes. Next, she said she hopes all the redness comes off. However, she ended the video by saying she feels better after getting the chemical peel done. More so, she hasn’t updated her face after that. So, her fans will have to wait for the chemical peel result.

OutDaughtered: What Was The Girl’s Reaction?

Danielle was pretty excited to get the chemical peel. Hence, she wanted to share the news with her girls too. The mother of six posted stories on Instagram for the girl’s reaction. The little girls kept asking Danielle why is her face was red. However, Danielle tried to play the fool and said it wasn’t. More so, Hazel kept asking why her mother’s face was red. The kids asked Danielle to look in the mirror. In add ition, Blayke also noticed the same. Jokingly, Danielle told Parker that something was wrong with her eye as her face wasn’t red.

Then, the mother of six told the kids that she had gotten something done to her face. She asked the girls, “Is it pretty?” Well, some said yes but others didn’t shy from saying ‘no’. Further, she told the kids that she got chemical peel done on her face. And now, her skin is going to shed off like a snake. Hazel and Parker said, “ew.” Even Riley had the same reaction. However, the girls were confused as to why the mother did such a thing to her face. More so, the fans have to wait till Danielle reveals her new skin after the results start showing. Stay tuned to TV Season & Spoilers.