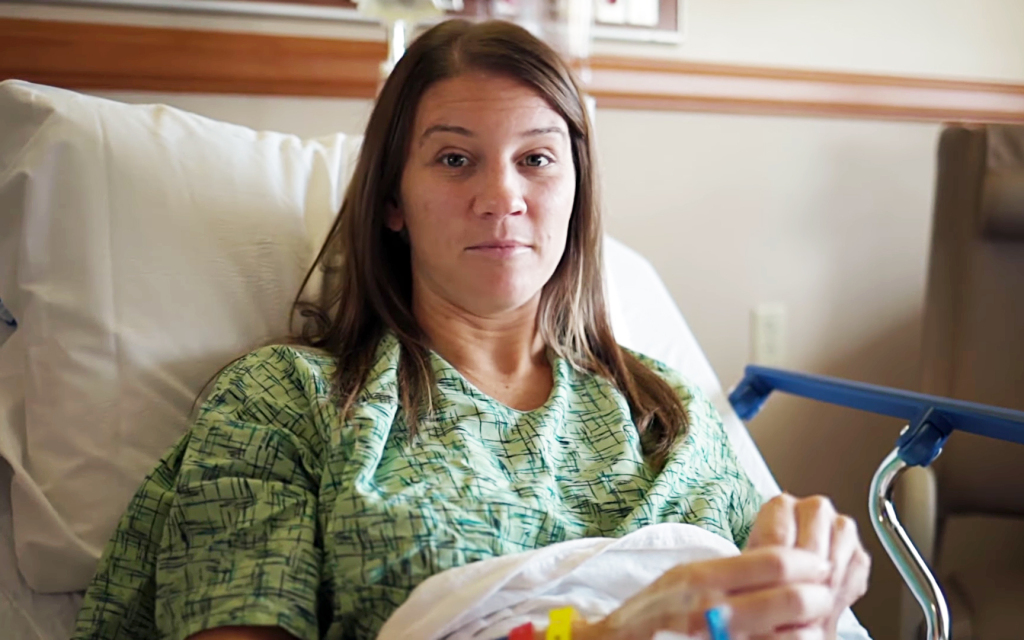 OutDaughtered: Danielle Hoping To Get Some Answers After MRI

OutDaughtered star Danielle Busby was rushed to the hospital in November. This followed after she reported alarming sensations in her limbs. Back then, she didn’t get a conclusive report. The fans were waiting for the update they never got. However, we knew that Danielle would be going to specialists and some more tests before she confirms anything. It seems that the time has come for the mom of six to get her health in check!

Recently, Danielle Busby made a visit to the hospital for an MRI scan. She shared this update via her Instagram story that her in the hospital gown. In the caption, the reality star wrote that she dislikes the ‘ridiculous gowns.’ Moreover, she is confused about how to tie them. In addition to this, Danielle wrote that she’s closer to figuring out what’s wrong with her. She looks forward to getting some answers from the scan.

Danielle Rushed To The ER After Reporting Alarming Sensations

Adam shared an update about Danielle’s health sometime in November. He mentioned how his wife was rushed to the ER after alerting to some sensations in her arms and legs. He urged his fans to pray for his wife and not to mention; the fans did send their good wishes. Later, he revealed that the couple was back home awaiting the results. When he didn’t provide any update, the fans began to nudge him to get a word on Danielle’s health. Again, Adam shared that they’d be going to more specialists and might be taking up a few more tests.

Danielle Shares That She Just Can’t Stop And Relax

On November 23, Danielle showed up on her social media to update her fans regarding her health. She wrote that she’s doing fine and squeezing some time before she heads for another hospital visit. She further explained how the past two weeks were stressful for her and that her stress simply did not slow down. Danielle went on to jokingly remark that she has got no time to relax now.

On November 27, the supermom posted some snap of her family hiking. It was then a fan asked her to relax after her bad health. The reality star responded by saying that she’s trying hard to ‘stop.’ The Busby family went traveling around Thanksgiving and receiving some flak from the fans for the same. However, they likely spent some good time back at home on Christmas.