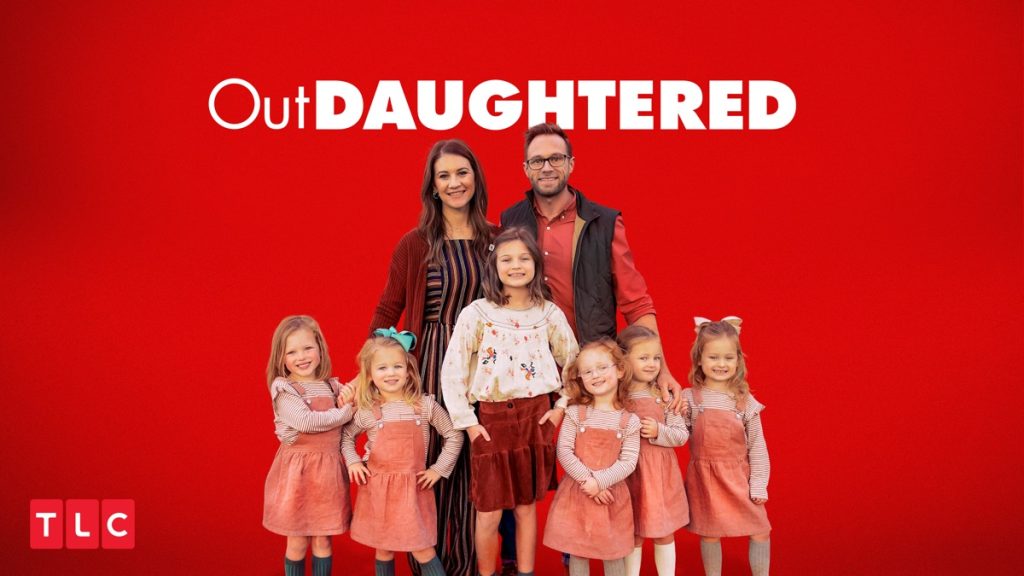 OutDaughtered Season 9: Is It Happening? Everything You Need To Know!

It’s hardly been six months when TLC dropped the previous season. Yet, the reality TV show’s fans are clamoring for more. So, will OutDaughtered Season 9 ever happen? Well, fans have been asking about the new episodes from both Adam and Danielle Busby. Yet, the couple hadn’t disclosed anything about the new season. In 2015, the two of them became the parents of the first all-female quintuplets in the United States. That later caught TLC’s attention, and in 2016 their series launched.

The reality TV show revolves around the family of eight, previously a family of three. The Busby family learned how to embrace each other and chaotic moments throughout the show. The last season mainly focused on Danielle’s mysterious health issue. Well, she recently revealed that her medical condition couldn’t allow her to have another child. That disappointed many fans. But still, they have plenty of stuff to share. So now, let’s see what’s the network is cooking for us.

OutDaughtered Season 9: Has TLC Renewed It?

While the eighth season wrapped up airing on May 2021, fans are still hoping to learn more about the next run. However, as per the source, TLC is yet to announce the future of the show. The show has gained 7 out of 10 positive responses on IMDb. Further, throughout the eight seasons, it has gained a mixed reaction. But despite all this, the series fans wanted to see them again. On the other hand, some are expecting to cancel the show as for them the show is going out of context.

But the avid viewers need to stay patient to know more about the upcoming season. Well, the show has no specific release date. That made the waiting period more tiresome. However, the last season aired in February, and the seventh season dropped in June. So we can expect the same with this season as well. Hence, the network might announce the news of its upcoming season sooner in the next month. So be ready to see more fun and drama this fall.

OutDaughtered Season 9: What To Expect From The Next Season?

Well, the previous season focused more on Danielle’s mysterious health issue. So perhaps the following season could finally reveal her health condition. As for Danielle, Adam recently shared that they had visited a doctor and had plenty of checkups and tests. Some days she feels good, while on the other days, she faces unbearable pain. Well, the revelation came as a part of a fan response who accused the mom of six of faking her health issue.

Hazel’s Eye Condition Will Play Out

Both mother-daughter dealt with plenty of pain and suffering in the eighth season. But it seems it isn’t over yet. Hazel is suffering from congenital nystagmus, an eye condition. So she used to put on eye patches so she could focus. However, in the recent clip, Adam revealed that she is doing great and might not need those eye patches. So perhaps the upcoming season could feature Hazel’s recovery

OutDaughtered Season 9: When Will It Return?

As of now, TLC has yet to announce the renewal of the ninth season. But deeming the show’s popularity, we can expect that TLC might reveal the future of the show by the end of this year. Furthermore, the couple has yet to announce the production details. Thus it’s pretty early to speculate the release date of the ninth season. But deeming that the last season aired in February, we expect the same with the next season.