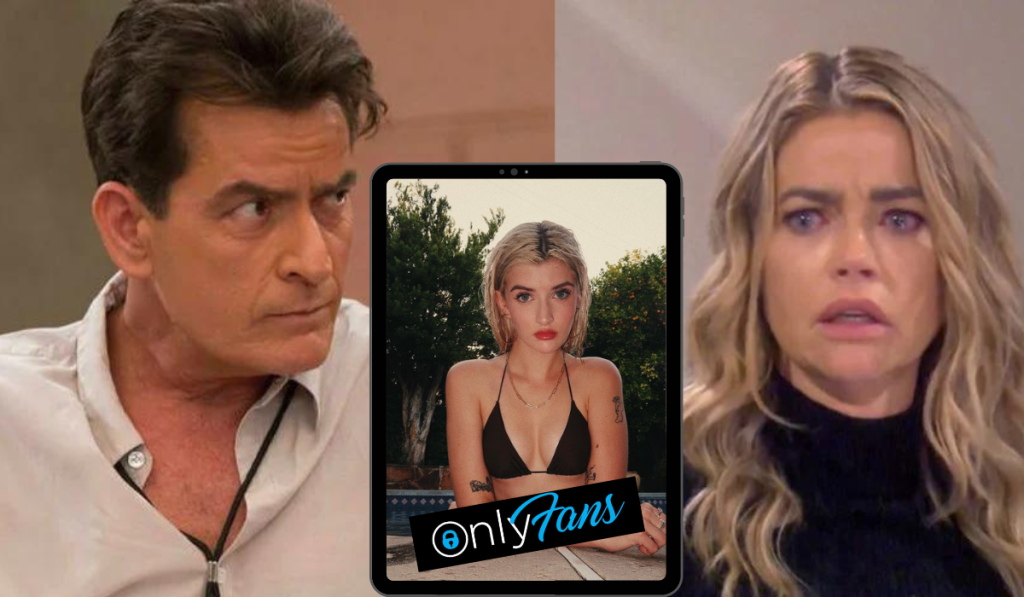 People gratify situations according to their level of understanding. And the RHOBH stars often have multiple degrees of value when doing a certain thing. As soon as the news surfaced that Sami Sheen had joined the OnlyFans platform, it created havoc. Many people condemned her act as she is 18, while her mother and others appreciated and supported her. Meanwhile, Sami’s beloved father has come forward to put the blame on Denise Richards. Tune in to know the adult tea.

RHOBH: Charlie Sheen Does Not Condemn His Daughter’s Actions! Wants Her To Keep It Classy

Sami’s beauty is amazing, and nobody can question it. Therefore, the 18-year-old has taken the road on herself and exploring the path. In that essence, the Sheen daughter has joined the adult content creation industry. Sami’s father, Charlie Sheen, has always supported his daughter’s choices. He was the one who became the big bear when Sami was under fight with her mother. Hence, after knowing that Sami had joined the OnlyFans platform, the father couldn’t hold his anger. Speaking to UsWeekly, he told them that the event did not occur under his roof.

Hence, it is particularly clear that the father is not supporting his daughter this time. However, Two & A Half Man star Charlie Sheen adds that he does not condone the act. Yet, he is unable to prevent it. The father continued that he wanted Sami to keep things classy and creative, not sacrifice her integrity. Then, the father blamed his daughter’s decision on the RHOBH mother. After their hefty feud, Sami recently turned 18 and moved in with Denise Richards. Well, Charlie Sheen’s concern is justified, and any father would have tried to prevent it.

However, the Bravo fans are not happy with Charlie’s reaction. Many have slammed Charlie for taking zero accountability for the parenting role. Moreover, many people also noted that when Charlie and his ex-wife messed up in taking care of the twin boys, Denise came forward to help him. Another commented that Charlie is the same guy who dated adult stars at a young age. One RealHousewives fan mentioned that Denise Richards is the positive person in his daughter’s life.

When Sami Sheen announced her addition to the OnlyFans community, it did stir the internet. It happened because she joined the platform younger, even though 18 is legal. Hence, many wondered about the parent’s reaction. The RHOBH star Denise Richards mentioned that Sami is 18, and the decision to join the community does not depend on whose house the daughter lives in. She added that she would continue to guide Sami as a parent and trust her judgment. However, the 18-year-old is free to make her own choices.

The Sheen daughter posted her picture in a black bikini and stunned her fans with her gorgeous picture. Similarly, the mom commented on the post and said she would always support her and have her back. Sami responded, “I love you, thank you.” Well, who do you abide by? Charlie or Denise? Tell us in the comments below. And stay tuned to TV Season & Spoilers.