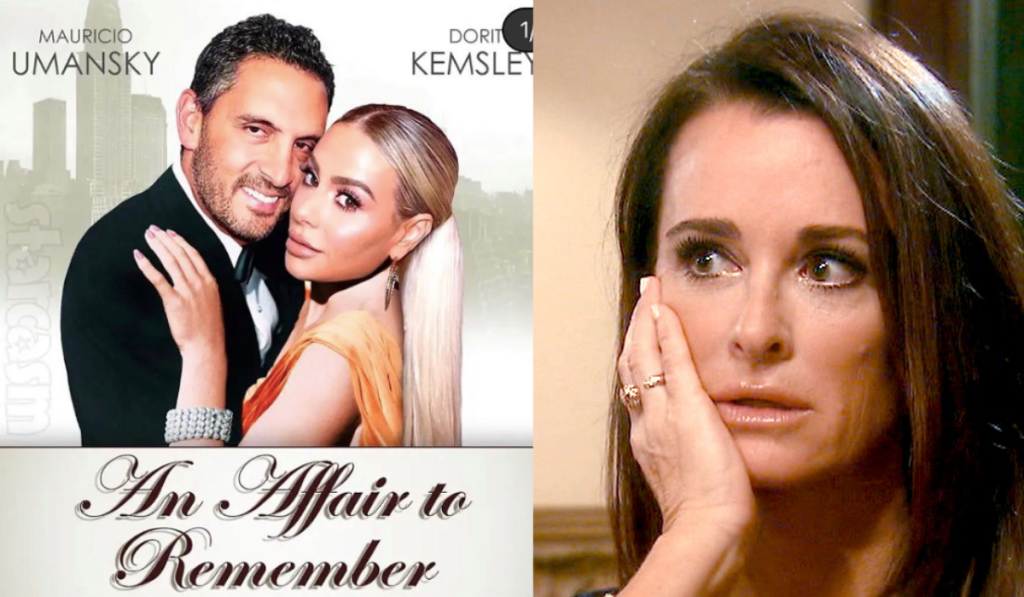 The fans are picking up from where they left. After many headlines, the rumor is that Dorit and Mauricio are dating behind Kyle’s back. There is no legit proof, but the RHOBH fans seem to believe it after a recent incident. Besides, there has been time on the reality series where Dorit did come a little too close near Kyle Richard’s husband. And now, Kemsley has herself come forward to address the rumors. What does she have to say about it? Tune in with us to find out.

The RHOBH viewers first found a strange connection between Dorit and Mauricio. Avid watchers must remember the scene where PK Kemsley’s wife hugged Unmasky from the back. Although they are friends, such a gesture didn’t sit well with the audience. Hence, rumors started spurring that Dorit and Mauricio might have gotten together behind their spouses. However, there wasn’t any evidence, and the allegations were worried. After that, in a recent episode, the Real Housewives audience saw Dorit getting extremely close to Unmasky. And now, an Instagram account posted a photoshopped picture of the two celebs in a loving embrace.

The headline stated, “An Affair to Remember.” Well, the person who posted this is none other than a former “friend of” cast member Dana Wilkey. Looking at how she captioned the picture, fans couldn’t stop talking about the same. Dana has become a Bravo blogger and often posts tea about the show. Meanwhile, Dorit did not like what was circulating on the internet, and she immediately called out Dana by commenting on the post. The RHOBH celeb slammed Wilkey for spreading such rumors without any evidence. She even called Dana a miserable person. Besides, the Bravo reality star also noted that Kyle and Mauricio are her good friends and her kids call them uncle and auntie. Hence, Dorit then asked Dana to have some decency and stop trying to peddle disgusting rumors.

RHOBH: Dana Tries To Save Her Way By Blaming The Fans

The post did get a lot of heat, and it did backfire. However, later Wilkey took to her Instagram stories and tried to blame the fan theories for such rumors. She wrote on her Instagram, “People don’t read posts apparently…however, that said struck a nerve.” Moreover, some fans came forward to pick sides with Dorit. The self-proclaimed Bravo super fan Gary Janetti wrote, “Drag her, Dorit.” Meanwhile, another RHOBH fan commented that Dana was trying to stay relevant and noted that it was good that Dorit spoke.

The cheating rumors of Mauricio and Dorit have always been there. Moreover, many believe that the two must have hooked up before. However, until and unless there is proper evidence, we doesn’t support such assumptions. What do you think? Tell us in the comments below. And stay tuned to TV Season & Spoilers for the latest updates on RHOBH.