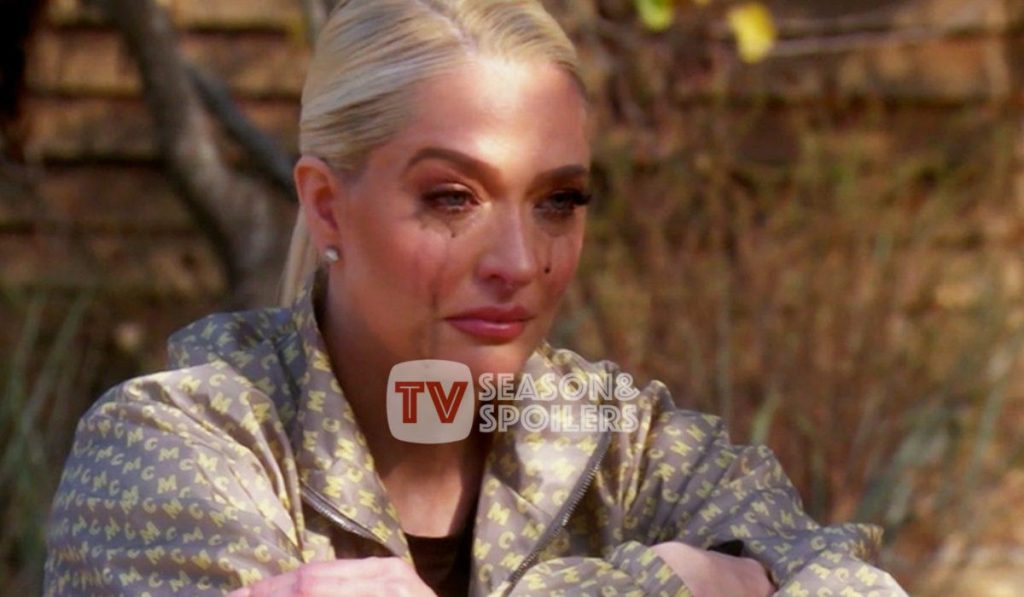 RHOBH: Erika Jayne Gets Serious About Her Health, Resumes Her Psychotherapy Sessions!

The RHOBH star Erika Jayne’s problems are not ready to leave her alone. She often makes headlines for her atrocious behavior and legal troubles. After her lawsuit of $50 million, she began facing a lot of mental health issues. Erika was accused of several charges, including committing racketeering and property fraud. Reportedly, the Bravo celeb misled her client and spent their money on her lavish vacation. Even though she resumed her work after the said incident, things continued to get worse for her. Jayne has recently resumed her psychotherapy session. Keep reading to know more details.

The Re al Housewives of Beverly Hills star Erika Jayne has gone through several ups and downs in her life. She was enjoying her life until a lawsuit knocked at her husband’s door. Since then, Bravo fans have witnessed her struggle with mental illness on the show. As per reports, she has recently resumed her psychotherapy. After receiving permission from the singer to discuss their work openly, Dr. Jenn Mann talked about Jayne’s health in an interview with Page Six

After meeting the TV star, the doctor revealed that she knew Erika needed treatment. The latter was in a full self-destructive mode. Mann elaborated that the 50 years old star was in intense pain. She was dealing with terrible stress. Dr. Jenn recently appeared on RHOBH, where fans witnessed her listening to Erika’s problem. She was coaching her to escape her grief and depression after her divorce and embezzlement scandal. The reality television star has a video chat with her, revealing that “it’s very difficult to accept in a way.” The doctor mentioned that her timely treatment was important. Earlier in the season, Erika mixed her alcohol with her antidepressant tablets. So, it has become more important for her to take care of her health.

The Real Housewives of Beverly Hills star Erika Jayne’s problem started in 2020 after an origination accused her of embezzling funds collected for widows and children affected by 2018’s Lion Air Flight 610 crash. At the same time, Jayne ended her relationship with her husband, Tom Girardi. She has received $25 million from her husband’s firm to enjoy her lavish lifestyle after the divorce. However, the star denied the fraud charges and claimed she did not know her husband’s work.

In January 2022, all the charges against the singer were dismissed. However, earlier this year, her careless behavior shocked the people. On her trip to Mexico, the singer mixed her alcohol with medicine. The reality television star drank more than required. Although she revealed that she was fine, fans were unhappy with her childish behavior. It could have led to a dangerous situation. However, now Jayne has resumed her therapy. Keep coming back to TV Season & Spoilers for more exciting updates on The Real Housewives of Beverly Hills.