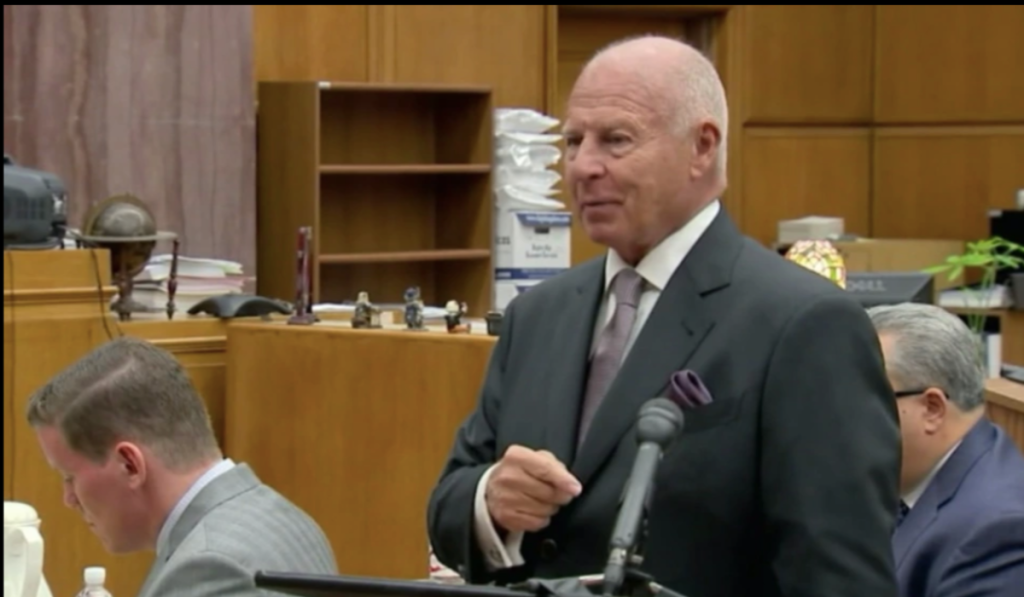 Erika Jayne’s husband, Tom Girardi, is gain fueling up the headlines for one of his acts. The RHOBH star’s husband has been dealing with various issues regarding the fraudulent case. Now, Girardi’s ex-wife has come to light to share her disappointment that Tom could not pay her the spousal support amount. Tune in to know what’s the deal.

It looks like Tom Girardi has been feeding onto many vile acts. The infamous businessman stashed away the money for the airplane crash victims. Similarly, his ex-wife has come to the court to share that Tom hasn’t fully paid the spousal support alimony. Radaronline obtained the documents that Karen and Tom got separated in 1989. Hence, the court asked Girardi to pay the ex-wife alimony of $10K monthly. Similarly, Karen demanded a lien against the $10M Pasadena mansion.

The ex-wife stated that the original lien was for $95K. However, as Girardi fails to pay the spousal support, the lien should get updated to $245K. Moreover, Karen did go to court in 2020 when RHOBH and the former disbarred lawyer started missing her payments. Karen wanted to get her ex-husband in Contempt Of Court. Apart from this, the filing via Karen reveals that Tom tried to work out a deal. The former LA attorney wanted to deduce the monthly alimony from $10K to $5K. Tom told Karen’s lawyer that he was tired of paying the amounts, which was enough.

However, the deal could not meet its ends. Hence, Tom ended up paying a portion of the arrears. Then, Girardi continued missing the payments. Erika Jayne’s husband hasn’t paid even $5K for May and the remaining $20K for July and August. At present, he has missed the September payments until June 2022. Similarly, Karen’s spousal support got disrupted in between. That’s because his former clients accused him of lavishly spending the money on his lifestyle meant for the plane crash victims.

Amid all chaos, Tom moved out of his $10M mansion to a facility center because of his dementia. Since then, the RHOBH wife reveals that her husband does not have sound knowledge of the case. More so, the defense attorneys claim that Erika Jayne is the forefront woman of the fraudulent case. Likewise, on June 13, the State Bar Court disbarred Tom Girardi from practicing law

in California. The State Bar has also charged Tom with 14 counts that include violations of ethnic law in California.

Similarly, the court has accused Tom of stealing money from the plane crash victims. Girardi will have to pay $2M to four kids of the Lion Air Flight 610. Meanwhile, the court will inherit the money from Tom under the acceptable notions permitted by law. Stay tuned to TV Season & Spoilers.