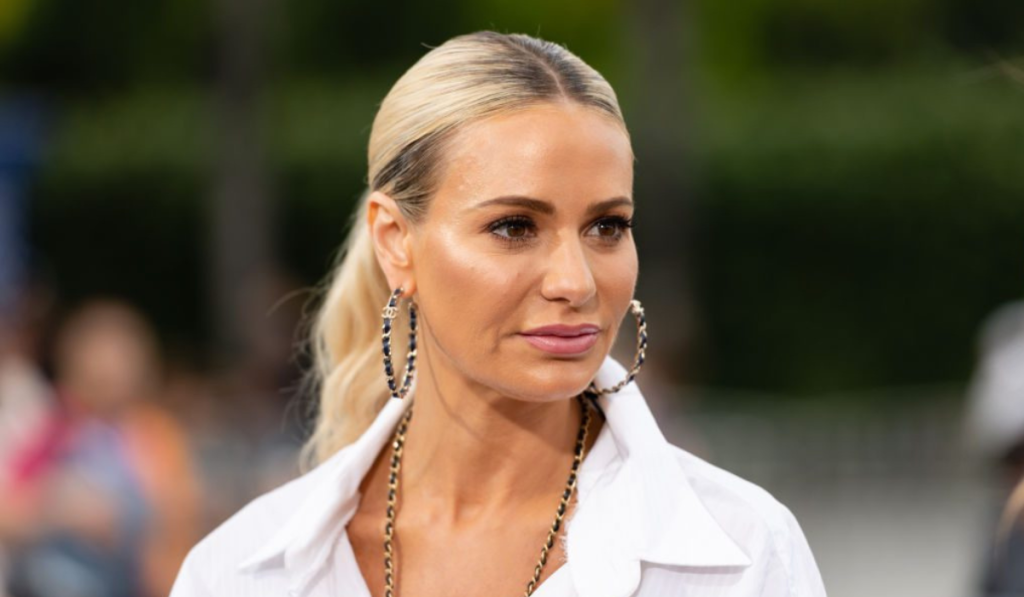 Real Housewives Of Beverly Hills is filled with drama now and then. Cast members can exit the show, but the theater cannot. Reportedly, Lisa Vanderpump gave her chihuahua mix breed dog to Dorit Kemsley as the latter loves animals. The RHOBH star and her husband, Paul Kemsley, have grown around animals and love to have them around, stated the actor. However, it turned out that Dorit gave away the dog to a shelter home because it nipped at her children. Lisa Vanderpump was very upset by this act of Kemsley, and so were fans. Further, Kemsley did not tell Vanderpump she was getting rid of the pet. Vanderpump knew about it after the dog was microchipped and moved to a different shelter home. Keep reading to learn about Dorit’s new pup!

As per recent reports, Lisa Vanderpump is really upset with Dorit after a recent incident. For reference, Vanderpump runs an animal rescue organization, and having one of her animals end up in a shelter home jeopardizes that. The Real Housewives Of Beverly Hills star doesn’t want to be known for abandoning her animals. The drama occurred during the cast’s last trip to the Bahamas, which left Lisa in tears. She also kickstarted a scandal that came to be known as the ‘Puppy Gate’ scandal.

Dorit Kemsley posted a post on her Instagram introducing a new member to the family. The new member is a little brown puppy. She captioned the video saying that the Holidays came a little early in her house. ‘Welcome to the family, Pumpkin! We love you so much’, Dorit added. However, the video features her entering the house with the pup and her children getting playfully excited about it. It also had snippets of the RHOBH star’s kids and husband, Paul Kemsley playing and spending time with the little puppy.

The Real Housewives of Beverly Hills star also shared a video of her holding the brown animal. Dorit Kemsley has brought a puppy into the house after a few years of giving up Vanderpump’s dog. Fans prayed for the new doggo. Besides, they are scared about Pumpkin ending up in another shelter home like the previous one. Viewers also warned Kemsley that dogs are 12-15 years of commitment and wished her to fulfill it. People seem to have not forgotten about it.

RHOBH: What Happened To The Previous Chihuahua Puppy Of Dorit & Vanderpump?

Fortunately, Lisa’s chihuahua Lucy ended up in a new shelter home. The new owners of Dorit’s former pet are Zanda Theis and Reed Thompson, who recently celebrated Lucy’s fifth birthday. Moreover, fans have been able to view Lucy and her activities through the Instagram account of whosthelulu. The recent post featured her pictures, one with a cute caption. The post read. ‘It’s my birthday. My pawrents got me my favorite treats and a birthday cake to celebrate!”. The post continued, “Here’s to being five whole years old!’.

Lucy was wearing a multi-colored birthday cap in the post. In the other pictures, the chihuahua stands, stares at her cake, and plays around. Besides, the RHOBH star Dorit Kemsley spoke in Andy Cohen’s interview, stating that she and her husband, Paul Kemsley, always wanted animals. Now that her kids have grown enough, the Real Housewives of Beverly Hills feels it is the right time to get a pet home. Will this pet survive? What are your thoughts? Tell us in the comments below. For more updates, stay tuned to TV Seasons & Spoilers.