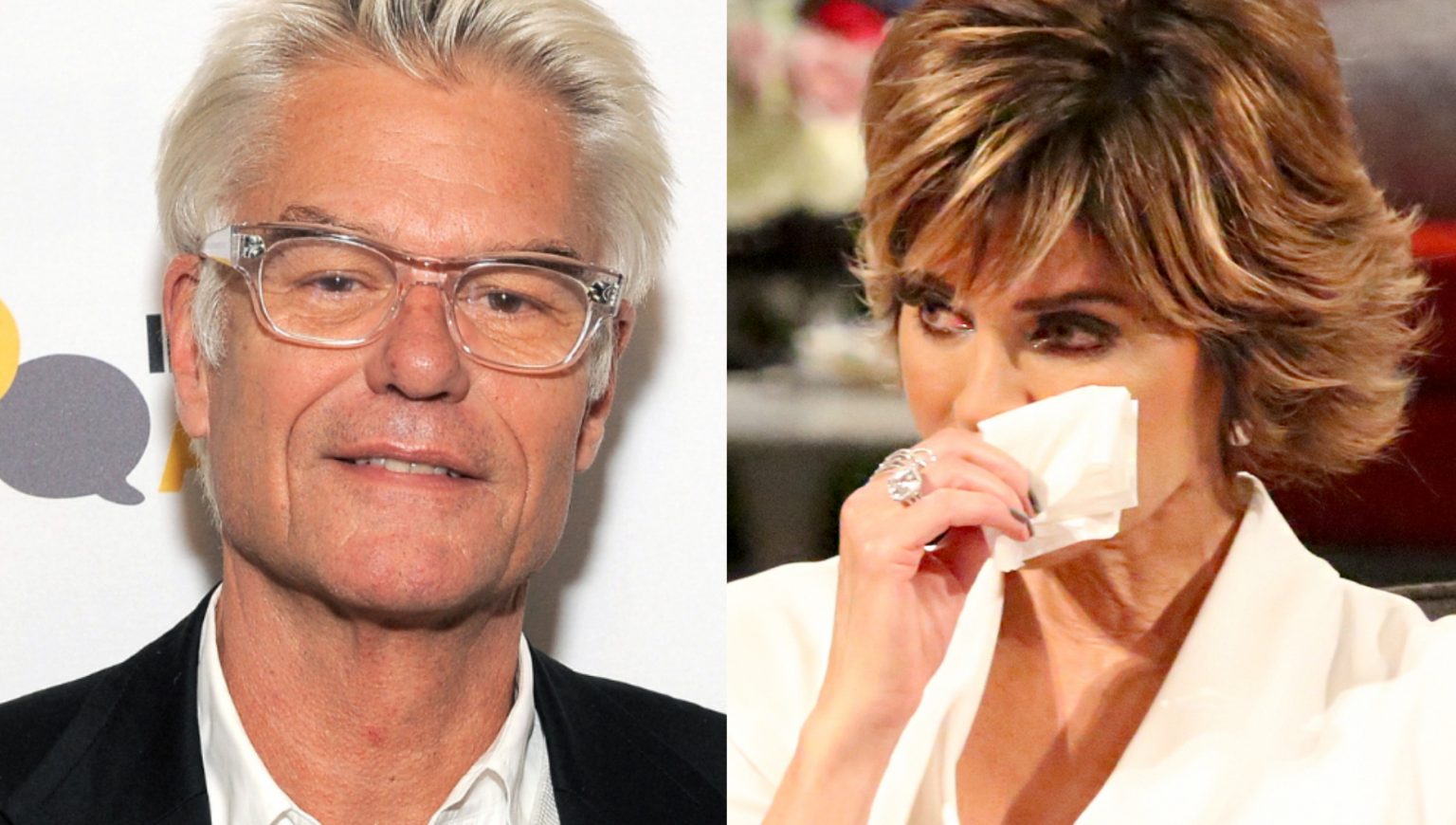 The Real Housewives of Beverly Hills star Lisa Rinna and her husband, Harry Hamlin, have been together for two-and-a-half decades. The star’s husband was married twice before finally tying the knot with Lisa Rinna. Harry Hamlin first married Laura Johnson, who stayed for merely five years. Further, he got hitched to Nicollette Sheridan, and their marriage barely lasted for a year. Harry met Lisa in 1992 when they were in separate relationships. The pair connected again after a year when their respective relationships had ended. Later, Harry and the RHOBH star walked their first red carpet in 1993 in LA. Keep reading about Harry’s third and Lisa’s first marriage, which has crossed the 25-year mark.

RHOBH: Harry Hamlin Was Not Ready To Get Married To Lisa After Two Failed Marriages!

The American actress Lisa Rinna shared that Harry was reluctant to marry the third time. The RHOBH celeb added that he had zero excitement to re-marry after his two failed marriages. It took the Clash of Titans actor five years to pop the question to his girlfriend finally. Harry proposed to Lisa while they were having dinner at a restaurant in Canada. The pair were talking, and Harry said he thought they should marry each other out of the blue. It was romantic for Lisa, but she made him propose properly afterward. Probably later, Harry might have gotten down on a knee and done it. The Real Housewives Of Beverly Hills star did not speak about the details of the actual proper proposal.

The couple exchanged vows in the backyard of their Hollywood Hills Home in 1997. They welcomed two daughters after their marriage, namely Delilah, who was born in 1998, and Amelia, in 2001. Lisa and Harry also made an appearance on Broadway in Chicago in 2007. While Rinna played the role of Roxie Hart, Harry portrayed Bill Flynn. The RHOBH stars also worked together in reality-tv series ‘Harry Loves Lisa’ in 2010. However, the show did not work well and ran only for a season. Although, their relationship has not been scandal-free. People have heard rumors of Harry involving in infidelity and being non-monogamous.

Lisa Rinna spilled wine over a co-star, Kim Richards when she threatened to spill secrets about her husband, Harry. Her nemesis, Kathy Hilton’s assistant Patrick Somers also spilled some tea on Harry. Somers asked Lisa to worry about her husband and finances. He also alleged that Harry Hamlin is involved in a gay relationship. Not just Somers, even RHOC star Kelly Dodd hinted at a romantic affair of the father of two after Todd Chrisley’s gay affair rumor blew up.

The Days Of Our Lives actress does involve some fun apart from drama. Lisa took to Instagram to share her special Christmas wish and update fans on Harry’s health. People who follow either of the American actors would know that Harry recently underwent shoulder surgery. The RHOBH star uploaded a re-shared a Tik Tok video where she danced around her husband on ‘Last Christmas’. The duo wore similar plaid pattern shirts and pajamas, and red Santa caps. While Lisa danced around Harry to get his attention, the latter pretended to read a book.

The post’s caption read that it was the 12th Day of Lisa’s patient’s surgery and that he was doing well. Fans also quickly noticed that Harry was reading an upside-down book and made fun of him in the comment section. Other fans and followers showered sweet and recovery comments for Harry and the rest of the family. For more exciting news updates, stay tuned to TV Season & Spoilers.