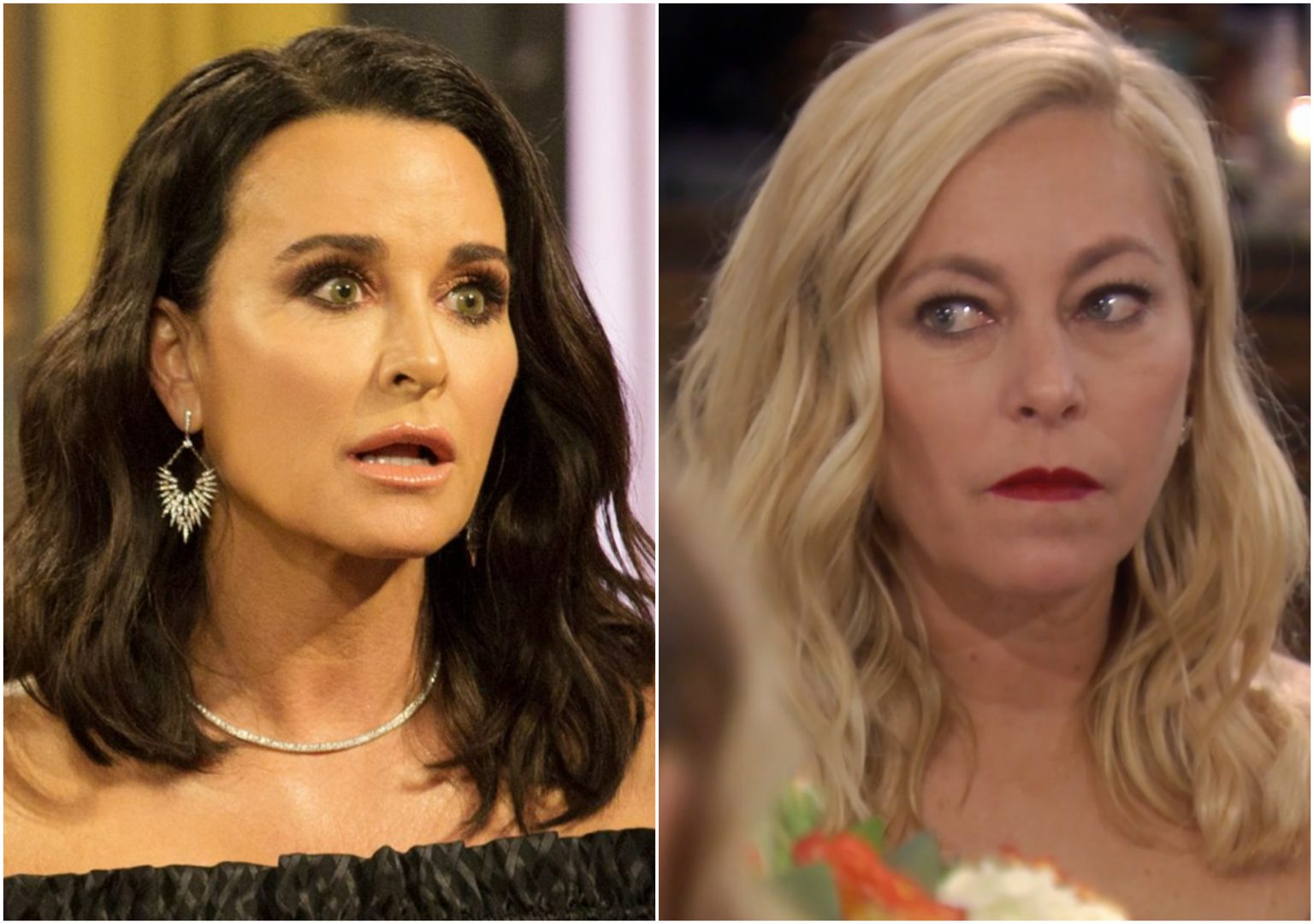 RHOBH: Kyle Richards APOLOGIZES To Sutton Starcke After Claiming That She Lied About MISCARRIAGES!

Kyle Richards’ social media is brimming with the audience accusing her of erratic behavior at Garcelle’s party. It is no new of Richards to make news. However, the RHOBH OG has crossed lines as she dismisses people’s feelings and emotions. It all started with her calling out about her best friend, Sutton, miscarriages. And to the point, making fun of Garcelle’s son Jax. The Real Housewives fans are angry and want the reality star to apologize. Will she do it? Tune in with us to find out.

The backlash on Kyle Richards started on Twitter when the bravo fans saw the OG’s behavior towards her fellow mates. Richards swears to be a great good friend. However, her actions and the way she makes fun of heart-wrenching news the fans cannot digest. The Bravo series began with Kyle calling out Sutton over her insensitive remark about the burglary in Dorit Kemsley’s house. Ironically, it has come to a point where Kyle became the insensitive one. The drama between the two started when Sutton tried to be a helping hand to Diana Jenkins. The latter expressed her emotions about her miscarriages.

Sutton empathized with Jenkins and told her that she had been there. Meanwhile, Richards, who wasn’t a part of the conversation, butted in between. The RHOBH star expressed her shock as she had no clue about Starcke’s miscarriages. However, Kyle’s reaction wasn’t sympathetic. Richards said she didn’t know about it and felt it was b***sh*t. Meanwhile, the best friend Starcke was taken aback by Richard’s reaction and noted it was the meanest thing Kyle ever said. Nevertheless, the RHOBH audience didn’t comply with the reality star’s words and called her out.

Therefore, Richards tried to damage control things. She took to Instagram stories and typed a message that she called Sutton and discussed the conversation. Kyle Richards noted that she apologized to Sutton, and the latter accepted her apology. The Bravo personality continued and said she realized Sutton was sharing her story to connect with Diana. However, the Real Housewives Of Beverly Hills star explained herself unnecessarily. Richards told her fans that she thought Starcke was trying to obscure Diana’s moment.

RHOBH: Kyle Richards Try To Turn The Table By Apologizing To Garcelle

Kyle Richard’s nuances don’t just end. The preview clip of RHOBH showed more drama fueling at Garcelle’s party. Erika Jayne was brimming with drinks. And as the Bravo viewers know, once Erika gets drunk, no one can control her. Last time, Jayne mixed her medications with alcohol causing her discomfort. Meanwhile, Jayne did what no one could have imagined at Garcelle’s party. Drunk Erika screamed at Beauvais’ younger kid Jax. The screaming shocked everyone, and Jayne kept cursing at Jax.

Amid the tense situation, Kyle Richards had a hearty laugh with her husband Mauricio, Dorit Kemsley, and PK. Richards initiated the conversation by making fun of Erika and cursing at Beauvais’s son. Her husband chimed in and added a few slurs. But as the clip reached the fans, they slammed the RHOBH cast members involved. Again Richards noted a faulty apology

and said she acted while being drunk. She also pressed that she was laughing at a drunken friend, not somebody else’s child. Well, those who saw the clip know how much Kyle was involved. Do you think Kyle’s apology is genuine? Tell us in the comments below. And stay tuned to TV Season & Spoilers.
News