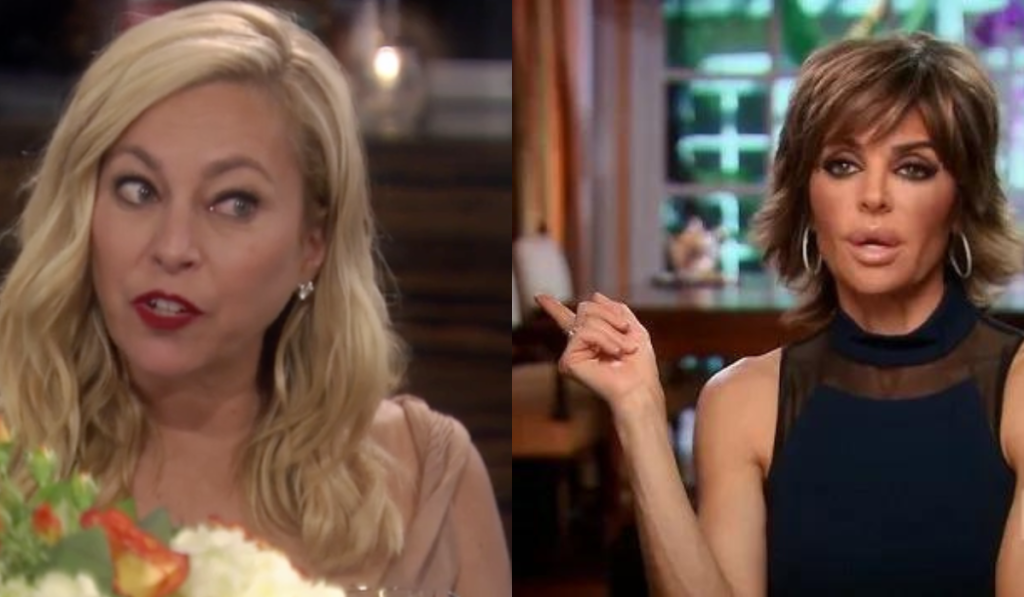 The love-hate friendship drama between Lisa and Sutton continues. The Bravo personalities butt heads each time they meet. Moreover, Lisa Rinna is still upset with past issues that went on with her friend. Hence, a new exclusive RHOBH clip reveals Rinna admits she loves to “torture” Sutton. Amid that, the Real Housewives celeb also accused Sutton of “humiliating” her. What else does Lisa find irritating about Starcke? Tune in with us to find out.

A recent wine tasting at the Beverly Hills went a little too far. It did so as both Sutton and Lisa were present. The bitter yet lovely friends decided to bring old matters to the table, leaving others behind. But before that, Sutton Starcke remarked that she loves to have one-to-one conversations with Lisa. Likewise, Rinna responded that people believe she’s scary. However, she’s not like that. Sutton then revealed that she wasn’t scared of Rinna, but Lisa added, “You’re at times.” Flashback to Lisa and Sutton’s disagreement over Elton John’s Charity Event surfaces. So, the former noted that it’s best to move past the drama. But, as per E!Now, Rinna does say that she loves to torture Sutton. The latter responds that it’s because she can handle it.

The conversation doesn’t end there, and it continues with Lisa Rinna saying that Sutton humiliated her and Harry. Shockingly, the RHOBH celeb shouted that Sutton tried to humiliate her family. Then, Rinna rudely noted that if Starcke came after her family, Lisa would look for her and hunt her down. Amid the Real Housewives celeb yelling, Sutton kept apologizing. However, Rinna didn’t listen. At last, Sutton admitted that she didn’t say anything on purpose. Meanwhile, Lisa wasn’t having it and noted why Sutton wanted to hurt her. Starcke said that Lisa Rinna spoke from both sides of her mouth, which angered Lisa. Moreover, Sutton told the cameras that Lisa acted as a soap actor.

RHOBH: Sutton Says She Loves Lisa Rinna Despite The Odds

The Sutton-Lisa drama is never-ending. Though they call themselves best friends, there’s always a heated debate. The recent fight shocked all the RHOBH cast members as Lisa demanded Starcke leave her house. Meanwhile, Lisa noted that Sutton knew what she did. However, she is trying to play dumb. Well, there have been times when Sutton has said her relationship with Lisa Rinna is pure and that they have their “own special friendship.”

Not only that, but further in her confessional, Starcke said that Lisa might hate her, but she loves her. So, it looks like Starcke and Rinna will put their differences behind but not Rinna taking a dig at Sutton. Likewise, it is important to note that the RHOBH stars fight a lot. But in the end, everyone gets together and forgets what happened. Stay tuned to TV Season & Spoilers for the latest updates on Real Housewives Of Beverly Hills.