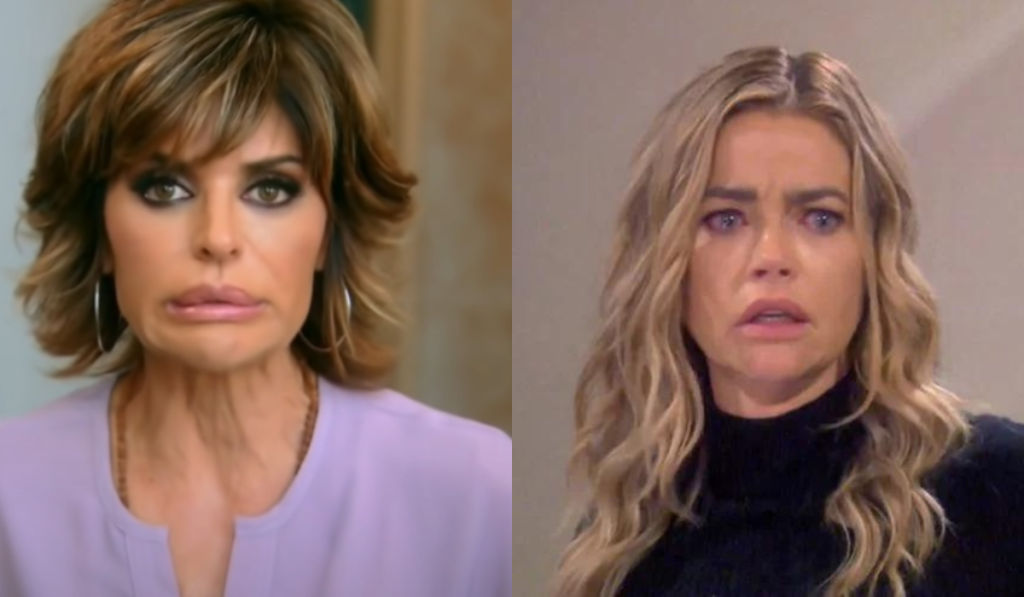 The iconic fights happen with the Real Housewives. The cast members love to get at the bottom of potholes, from slurs to furs. Hence, with everyone claiming the truth, it gets hard to believe who was right. However, never happened before a thing has happened. Lisa Rinna, the group’s pot stirrer, has come forward to apologize to Denise Richards. It’s rarest of the rare case, and when something like this happens, the RHOBH audience loves to know the tea. So, tune in to follow more of the drama.

RHOBH: Why Did Lisa Apologize To Denise?

The Bravo celebs love to beat around the bush. And that’s what Lisa follows. However, the reality star is starting to mend her ways and take responsibility for her actions. Well, this doesn’t usually happen on RHOBH. Hence, amid the speculated tea between Somers and Rinna, the latter has come out to the fans with something else. Binging on the old days, Lisa suddenly remembers the harmful and rude she had been to people. And one of them includes Denise Richards.

Lisa and Denise were one of the best friends in Season 10 of RHOBH. However, as usual, Rinna being a nosy head, got into the fight between Denise and Brandi Glanville. The two former stars disagreed on whether they hooked up or not. In Season 10 of the Bravo drama, Brandi claimed that she and Denise hooked up. But, the latter has denied the allegations and still doesn’t accept them. Therefore, Lisa threw Richards under the bus and slammed her publicly during the fight.

Lisa started questioning her friendship with Denise and wondered what else she had lied about. But, in yesterday’s Instagram “ask me a question” story, a fan asked about their relationship. Rinna informed her fans that she had cleared up the tension and apologized to Denise. Lisa then shared a screenshot several hours later that sought Richard’s apology. She then wished the former Real Housewives star better health and future. Surprisingly, Denise replied and accepted the apology. However, the incident still needs to confirm from Richards’ side.

Lisa Rinna knows the secret to prevailing in the Hollywood industry. She is sure full of drama and often craves attention and entertainment to be in the news. Similarly, everything was going smoothly, and Crystal Kung Minkoff was enjoying her post of the fur baby. Kathy Hilton commented on the post with a lovely message. But, things were turned down as Lisa Rinna showed up.

The reality star popped up with an old case where she mentioned what Kathy once told her. Rinna commented that Kathy once told her that whatever Kim said about Harry Hamlin was all made up. Lisa then responded that she knew what Kim Richards did. Then the Real Housewives star said she got the same flashback. Well, Lisa’s comment was uncalled for, and the fans slammed her with criticisms. Many also called her “pathetic” and “deranged.” Stay tuned to TV Season & Spoilers.