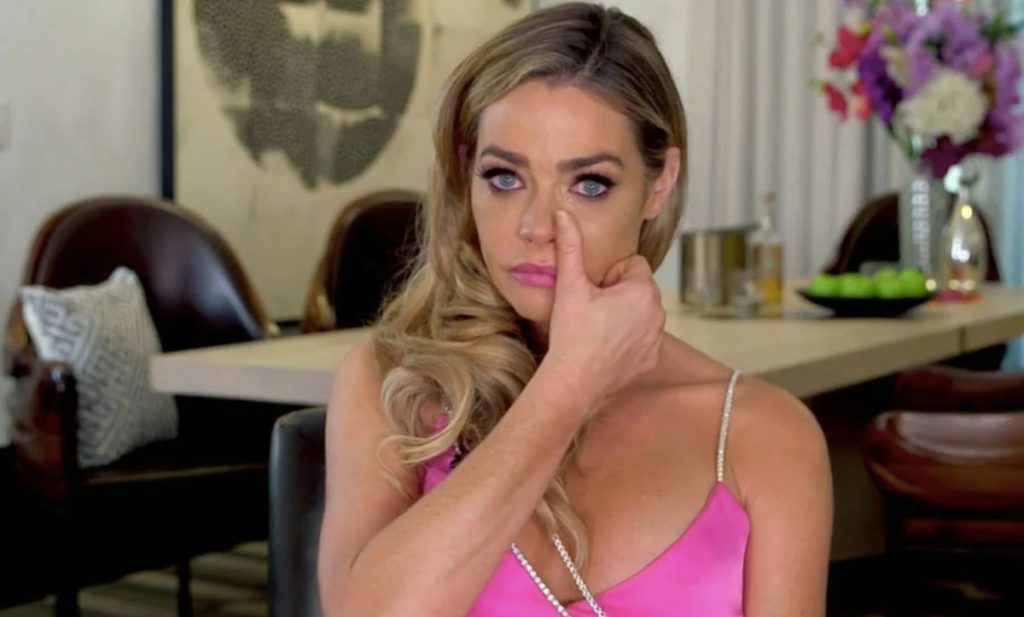 Denise Richards and her husband, Aaron Phypers, faced an intense road rage incident recently. A man fired bullets at the truck that Aaron was driving. The issue started when the couple consistently failed to get a parking space for the truck. The man behind them wanted to move ahead but was restricted. He also tried to overtake and move in front of them. He got irritated and was constantly shouting at him. Finally, Aaron let him pass through, but he wasn’t done. So, he shot a bullet at their truck which struck the back of it. The situation was life-threatening for the couple, but they were left unharmed.

Denise Richards Could Not Control Her Tears, Shot At On An Outing!

The Bold & The Beautiful and Real Housewives Of Beverly Hills fame Denise and her husband Aaron were driving to Popsicle studio in L.A for work. After their fortunate escape from the firing incident, the actress entered the set crying. She was petrified and faced a hard time. It was on set that someone reported the incident. Apparently, they saw a bullet hole in the truck and called for help. It is unclear if a complaint was registered or filed with the police. TMZ was the first to account for the incident. The popular celebrity’s husband, Aaron, stayed with her all the time during the shoot.

Denise, being horror stuck and shocked due to the incident, continued to shoot on the day. A publication report said that the actor worked 12 hours and did not let anything get in the way. An off-duty cop later accompanied the couple back to the freeway, from where they drove home. Richards has not given an official statement, but she was shaken up, stating a source of Wild Things. The couple had initially not noticed the bullet hole. It was after they entered the set that production secured the place.

Fame Denise Richards Opens Up About The Road Rage Incident

The guy who shot at Denise and Aaron flew after shooting at the truck. The couple was upset but chose to complete the shoot as it was a day’s deal. The Bold & The Beautiful actress reacted to Twitter users’ comments and wished the shot would’ve grazed Richards’s neck. She said she did not wish harm on anyone and that her experience was terrifying. The RHOBH star also countered the Twitter user by cussing at him and apologizing for the bullet not grazing her neck.

The LA police department stated that it is investigating the matter. Richards and Aaron started dating in 2018 and married the same year. Richards was formerly married to Charlie Sheen for four years, between 2002 to 2006. She also has two daughters, Sam and Lola, with Charlie. On the other hand, Aaron was married to Nicollette Sheridan, whom he divorced in 2016. The divorce was finalized in 2018, two months before he married Denise. Richards has been acting in films, and Aaron has recently produced a movie. Stay tuned to TV Season & Spoilers