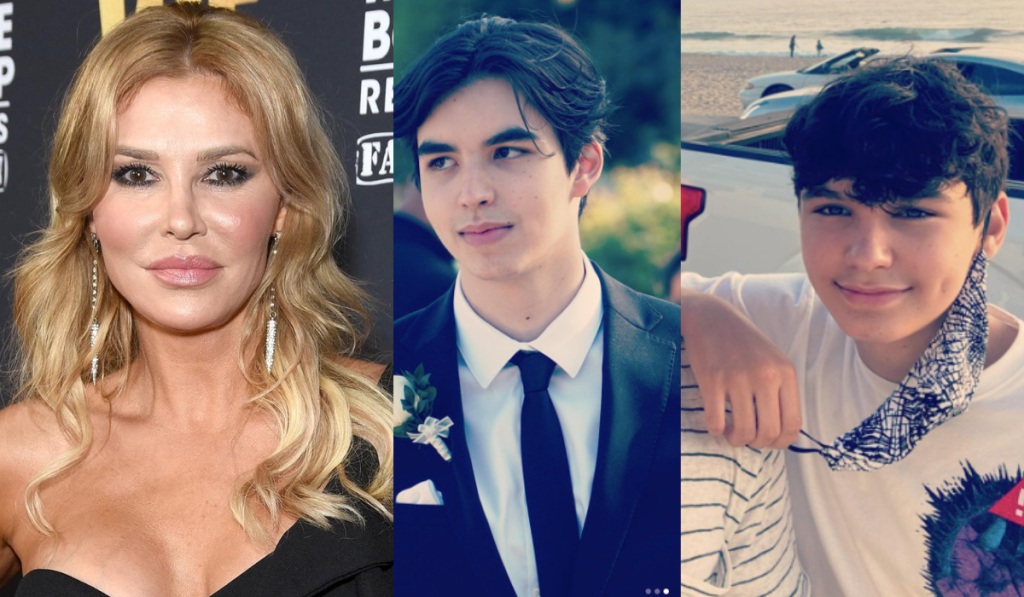 Brandi Glanville is the RHOBH alum who consistently makes news for her clashing remarks. The reality star recently snubbed Taylor Armstrong, which created a hush on her persona. However, before that, the Real Housewives alum was a great model and has worked for 17 years. She married actor Eddie Cibrian and shares two sons with him. The Bravo personality has now revealed big news related to her children. So, tune in with us to find out.

Brandi Glanville has often made headlines for her atrocious words and reactions. However, she never steps back from speaking her mind. Nevertheless, the RHOBH alum has been a hardworking professional and never missed an opportunity. Brandi started modeling and even worked for the print for 17 years. Hence, the Real Housewives celeb earned her name through great deals. The Bravo personality married actor Eddie Cibrian and shared two sons. However, they divorced in 2010. Well, Brandi and Eddie’s eldest son turned 19 this June, and he has major plans for his future. The mother took to Twitter to share a special announcement. Glanville revealed that her sons would be walking down their parent’s path.

The mother tweeted that her son Mason and Jake are taking over the family business. That means Jake and Mason are stepping into their parent’s shoes and will try their hands at modeling. Brandi Glanville wrote that her sons have finally started taking acting and modeling classes, as per Heavy. The RHOBH mother also urged her followers to follow their kids. However, Brandi noted that people need not worry. Her sons still got the time to change their minds. Fans have greatly accepted the idea, but some wanted to know how the children would manage college. Well, for those unaware, Glanville’s eldest son has finished his first year of college.

RHOBH: Brandi Glanville’s Sons Weren’t Allowed To Be In Spotlight!

Mason and Jake entering the entertainment industry will put them on the stage. But, this was never the case. When Brandi and Eddie got into a public feud, Eddie refused to let his sons be on the show RHOBH. The drama created a further shift in Eddie and Brandi’s relationship. However, her were seen in a special TV scene on Rimes. The mo ther later questioned her husband’s hypocrisy. The Real Housewives alum tweeted questioning that her kids could be on a news channel but not in the background of the show she was on. Brandi then phoned her husband’s lawyer to discuss the matter. However, things have cooled down, and there’s no more fight between the ex-couple.

The Real Housewives Of Beverly Hills fans want the kids to earn their name in the industry. One fan on Twitter said that Brandi Glanville’s kids would be great as they have the best genes. How do you think will Brandi’s son do in modeling and acting? Tell us in the comments below. And stay tuned to TV Season & Spoilers for the latest updates on RHOBH.