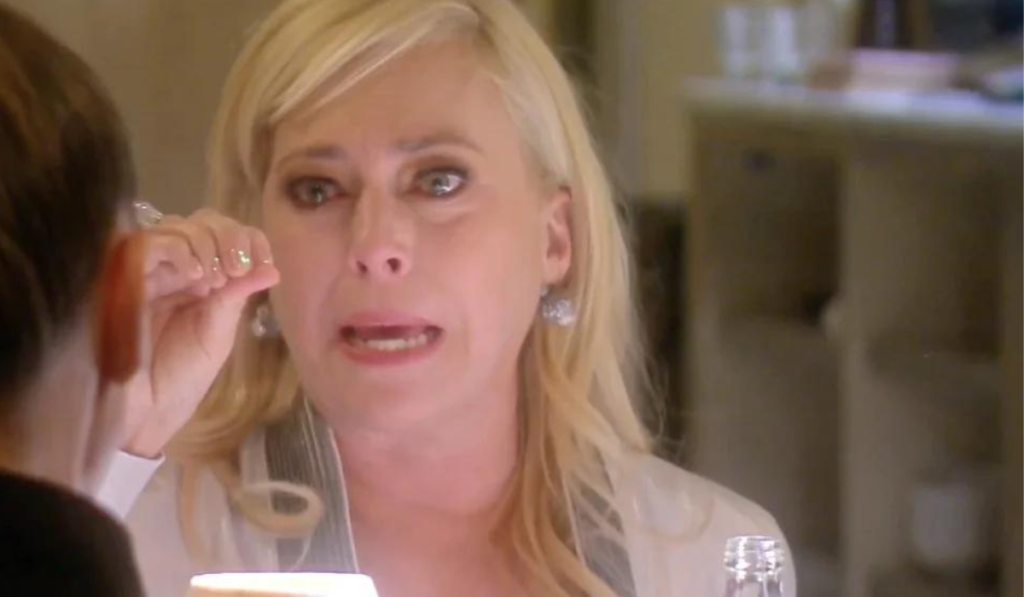 Sutton Starcke is back on the road with her controversial remarks. The RHOBH viewers are aware of Sutton’s illogical and insensible response. A few weeks back, Kyle Richards slammed Sutton when the latter had a rustic reaction towards friend Dorit Kemsley’s house invasion. Well, things have gone further with a Tik-Tok user accusing the Real Housewives star of racist remarks. Dive right in.

No matter how much Sutton tries to be away from drama, it reaches her. All was going well until a Tik-Tok post went viral. Turns out, a Tik-Tok creator has accused Sutton of being racist. Not only that, the creator turns out to be a former friend of Starcke’s daughter. However, the video is now deleted but do not worry; we have all the information. Previously, Sutton has gotten into heated arguments with several co-stars for her racist dialogues. Meanwhile, Elissa Kimm is a teenager who posted her unpleasant experience with the RHOBH star.

InTouch reports that Elissa was best friends with Sutton’s daughter Porter. Kimm stated that she had been friends with Porter for five years. However, the former had to cut off her BFF because Sutton was racist to her. Starcke responded, “My white daughter had a Chinese friend,” on national TV. Then, Elissa chided in the text that she was not Chinese. Apart from that, pictures of Porter and Kimm have resurfaced on the internet. Similarly, the Bravo star got into a heated argument over race with co-star Crystal Kung Minkoff.

Minkoff asked Sutton, “Are you really that girl that doesn’t see color.” However, Kung’s question made Sutton defensive. Yet, she later apologized for her acts and said she would do better and get better. Meanwhile, in an Instagram post on May 2021, Starcke wrote that the diversity of relationships blessed her. Hence, she’s committed to listening better and understanding the realities of people who experience pain by color.

Apart from all the accusations and allegations, Sutton is all ready to star beside her best friend, Jeniffer Tilly. Starcke will be joining Tilly in an episode of “Chucky” season 2. The Real Housewives celeb will play the character of a guest at a party hosted by Tiffany Valentine. Hence, the reality star is happy to co-star with her best friend, and she took to Instagram to thank the creator, Don Mancini. She wrote, “Thank you for allowing me into this amazing world. And getting to work with one of my besties.”

Interestingly, Chucky will be the first-ever acting opportunity for Sutton Starcke. Well, who knows, in the future, Sutton might have more opportunities and start her acting career. How many times have you noted Sutton’s racist remarks? Tell us in the comments below. And stay tuned to TV Season & Spoilers.