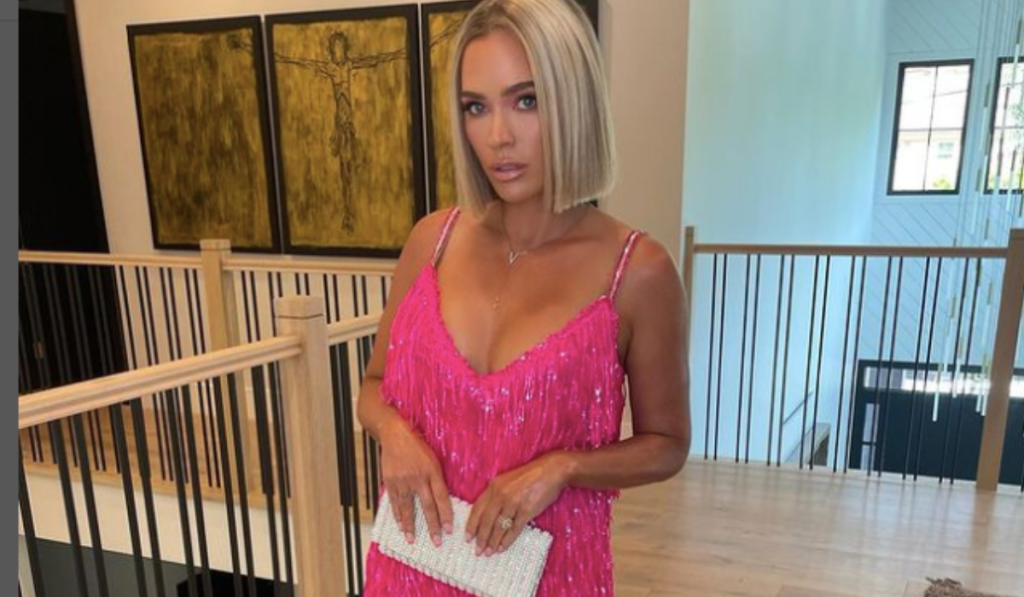 Body impressions can have an unprecedented impact on people. Similarly, gone are the times when anyone could make comments on another person’s body images. And now, it looks like RHOBH alum Teddi Mellencamp is back to giving the online spewers a taste of their own medicine. The Real Housewives celeb recently attended MTV Movies and MTV Awards: Unscripted. So, tune what she has to say.

RHOBH: Haters Calls Out Teddi Mellencamp For Showing Off Cellulite

Teddi Mellencamp is the hot suit personality of the Real Housewives of Beverly Hills. Fans have loved every inch of drama in her time. Meanwhile, the MTV awards that she attended have got her the buzz. She wore a hot pink glittery tassel dress, and people couldn’t take their eyes off the celeb. The reality star stirred the internet with her presence. However, many online haters spewed hate. Apparently, some people like to pass comments on body images and the normal scars people carry. Surprisingly, it is 2022, and people still haven’t recovered from calling out others.

Likewise, RHOBH Teddi isn’t less. She took to Instagram to share her red carpet glamorous snapshot. And captioned a long paragraph about the people who Dmed her about her dress and apparent cellulite. Well, in the world of Kardashians and photoshop, showing off the real self shouldn’t be an issue. Meanwhile, Mellencamp wrote that she is proud of her cellulite, and it doesn’t matter what anyone says. She claimed that she worked hard for her mental and physical body. Hence, she’s not letting anyone steal it away from her.

Apart from calling out the haters, Teddi made a comment on Kathy Hilton and Lisa Rinna

as well. However, with no hard feelings, she shared that she never saw them together. Meanwhile, all the RHOBH co-stars belong to the same floor pattern. Taking to Instagram, Rinna wished that the Real Housewives producers take back Teddi Mellencamp on the show.

Lisa wrote on her Instagram story about Teddi, saying, “she was a great f***ing Housewife.” Well, how would you love having Teddi back on RHOBH? Tell us in the comments below. And stay tuned to TV Season & Spoilers for the latest updates on RHOBH.