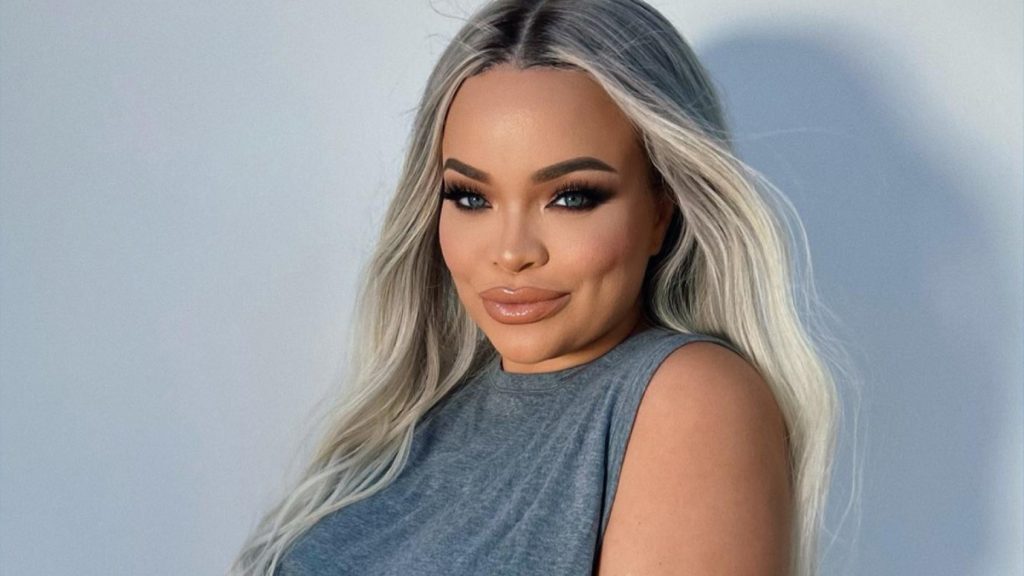 Trisha Paytas has hinted at joining The Real Housewives Of Beverly Hills. She will be the most unexpected and dramatic cast member if she joins the show. Trisha is one of YouTube’s original stars. She created her account in 2007, just two years after the platform’s launch, and since then, she has continued uploading her content on the channel. While the social media site was still growing, so was the celebrity over the decade. She is no less than an internet reality star by showcasing her life through her vlogs. Fans on her channel watched her build her career, date a lot of people, and even sob after heart breaks. She also became part of Celebrity Big Brother Season 20 and stayed only for 11 days. Tune in to know whether the rumor of Trisha joining RHOBH is true or not.

RHOBH: Trisha Paytas Might Just Be A Castmate In The New Season!

Real Bravoholic is one of the Bravo fan accounts that announced that Paytas, the YouTuber, recently married and welcomed their first child. There are rumors of her joining the popular show, which follows the lavish lifestyles and family drama of elite people of Beverly Hills like Lisa Rinna, Garcelle Beauvais, and Kyle Richards. An official fan page made a false announcement that has been shared on Twitter over 800 times and liked more than 15,000 times. So, many RHOBH fans believe Trisha will appear on the show, and she has even supported their theories on social media. The internet sensation made a screensit public of a tweet mentioning that she was joining the Real Housewives. She put it up on her Instagram handle through the story feature. Later the fans reshared the celebrity’s tweets screenshots, too, out of excitement.

Trisha herself fueled the rumor, maybe because she loves being in the limelight. Fans surely believe that she would be best for all the drama to add to RHOBH. But this rumor is absolutely baseless as of now. Jennifer Geisser, an official of NBC Universal, told Insider in an emailed statement that there is no surety that Trisha will be joining the show for now. That’s because no one can predict the future. Well, fans feel she is an absolute drama queen. Viewers who have seen her in previous shows and her vlogs agree with this fact. Her involvement in the show will be good for Bravo as the younger audiences will start watching RHOBH because of her. But for now, Paytas is not joining the show. It’s all rumors spreading around by the celebrity herself.

RHOBH: Fans Spot A Clue That Paris Hilton Might Join The Show

The latest season of Real Housewives of Beverly Hills was one of the most explosive ones in the show’s history. Lisa Rinna, Kathy Hilton, and Kyle Richards made the season full of drama and gossip. No one else can compete with them in this matter. Their feuds splintered the cast and the show’s fandom. It happened during the awaited reunion episode for Season 12. But, if the casting rumors are true, RHOBH Season 13 will more dramatic than ever. Apparently, a most unlikely star, Paris Hilton herself, will add more drama to the show and might arrive to settle the score. As per fan speculations, Paris might join the show to support her mother, Kathy Hilton.

Kathy and Kyle are not on good terms, which is evident through the previous episodes of RHOBH. Well, this could be a major reason why Paris might join the show. It will be to stand against Kathy and Lisa. In fact, Paris Hilton shared a video of her with the caption something coming soon with her classic hashtag #ThatsHot. She again teased the fans by telling them to wait till January 2023. What do you think about Trisha joining the show? Do you wish this rumor to be true? Also, Do you want Paris to be part of the show as well? Tell us in the comments below. Stay tuned to TV Season & Spoilers for more exciting news updates.