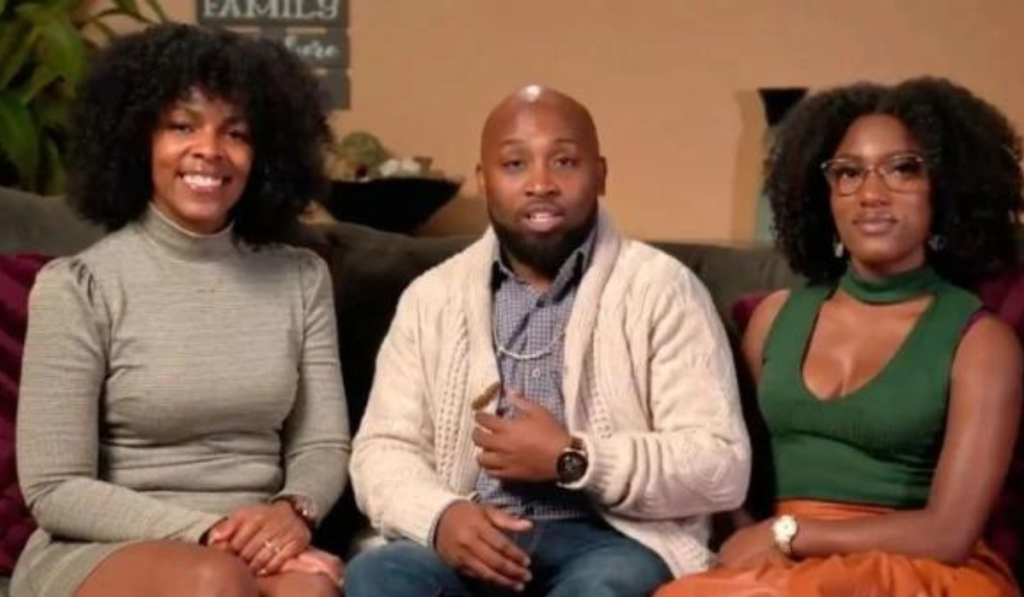 The famous streaming joint TLC has been on the radar for introducing people with a criminal history. Similarly, TLC let off Dimitri Snowden because multiple women have accused him of sexual assault. Meanwhile, the heat has gone up since, and now, Seeking Sister Wife Season 4 star Marcus Epps and his wife is making headlines. There are some allegations against her that suggest Taryn was involved in a murder scandal. How much of this is true? Tune in to find out.

The TLC audience knows about Marcus and his inability issues. He is not white like milk, as he seems. The polygamist has cheated on his wife before. And that’s why she left him. The now infamous reality star juggled five to ten women. Hence, at last, he convinced Taryn and his other partner India. They now live together without any hindrance. Meanwhile, a murder scandal has uprooted on October 25, 2022. A shooting occurred at an after-hours nightclub in Cleveland. In that shooting, a man shot three people, with a woman dying from the injuries, as per Cleveland 19 News.

So, when the authorities started investigating, Marcus’s first wife, Taryn, was there hosting a birthday party, revealed TheHollywoodLife. Similarly, Marcus admitted to leasing the property. Later, footage showed Epps carrying one of the victims out of the building. Shocking, local news reported that Taryn Lindsey owned the building where the shooting occurred. Similarly, five months later, Marcus got involved in another scandal related to the building. A house fire occurred at Epp’s, and the reports suggest that Marcus violated some housing rules.

Meanwhile, Marcus tried to defend himself by saying that it was a ploy to get him to resign. However, the couple’s involvement in the case is still not confirmed. But, the Seeking Sister Wife star also owes over  $12,000 in property taxes. And by January, he still has major housing violations. Hence, the Seeking Sister Wife fans are not happy and are confused. Read along.

The TLC viewers already have Marcus in their bad books. Hence, they are attacking him by learning that he has serious allegations. More so, the fans are confused about the scandal. Some have even accused Marcus of being a cheater. Another viewer was shocked to find that Epps is an elected official. Many also added that his wives were innocent to believe him.

Well, the reports suggest that the couple did have some relations with the buildings. However, it is unknown whether Marcus or his wife Trayn has some connection to the murder scandal. What do you think? Tell us in the comments below. And stay tuned to TV Season & Spoilers.