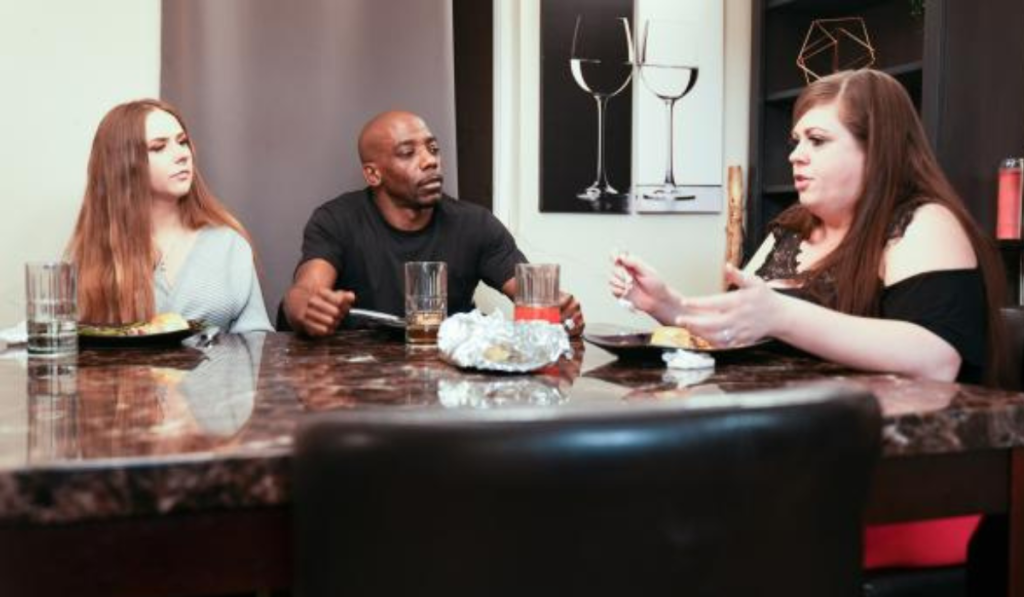 Relationship requires a lot of work. It isn’t easy to convince someone to spend the rest of their life with you. Similarly, there’s isn’t just love but so much. However, many people do not understand the concept when it comes to polygamous relationships. But, people do it, and the Seeking Sister Wife has taken it to another level. While the other cast members are looking for a potential wife, Nick and April have already forced Jennifer into being one. So, tune in to know how that happened.

The new season has brought many entertaining bits for the fans. At one point, Danielle is busy bringing in a third wife, and on the other hand, Steve and Brenda are looking for a wife as well. Meanwhile, the Davis family has twists and many merry-go-round spins. That’s because their relationship dynamic is a little hard to understand. At first glance, they seem to be a normal polygamous family. However, when looked deeply, the Davis members offer something more interesting. Davis’s polygamous wives, Nick and April, are married.

Meanwhile, the two wives are also married to Davis. Similarly, they are looking for a third wife to join the clan. To clear things, April and Davis have known each other for a good period. Meanwhile, the couple has been with Jeniffer for about four to five years. However, Jeniffer is 24-years-old and married to people in their thirties. However, some fans may not find the Seeking Sister Wife situation shocking. Jeniffer has been with the couple for four years, which means she got involved with them when she was 19.

Hence, the fans have found the information alarming and noted that they might have “forced” Jeniffer into practicing polygamy. Another fan noted, “She was 19? It’s grooming!” As fans tried to make more sense, they got shocked. Similarly, the audience is astonished by Nick being a home husband and the wives being the breadwinner. One viewer joked that Nick is the trophy husband. Well, that’s how the show’s followers view the relationship dynamic.

The Throuples of the show are gaining attention in the new Season. Similarly, the teaser of Seeking Sister Wife depicts that the two women get along well. And there seems to be no judgments or fights between the two. Apart from this, April and Jeniffer enjoy each other’s company and seem to fit well into the family. Furthermore, the throuple is looking for a third wife and the new installment will give a hint on how it goes.

As of now, the family calls themselves a proud polygamist family. More so, some audience feels that bringing in the third might swirl the wind amongst the throuple. What do you think? Tell us in the comments below. And stay tuned to TV Season & Spoilers.