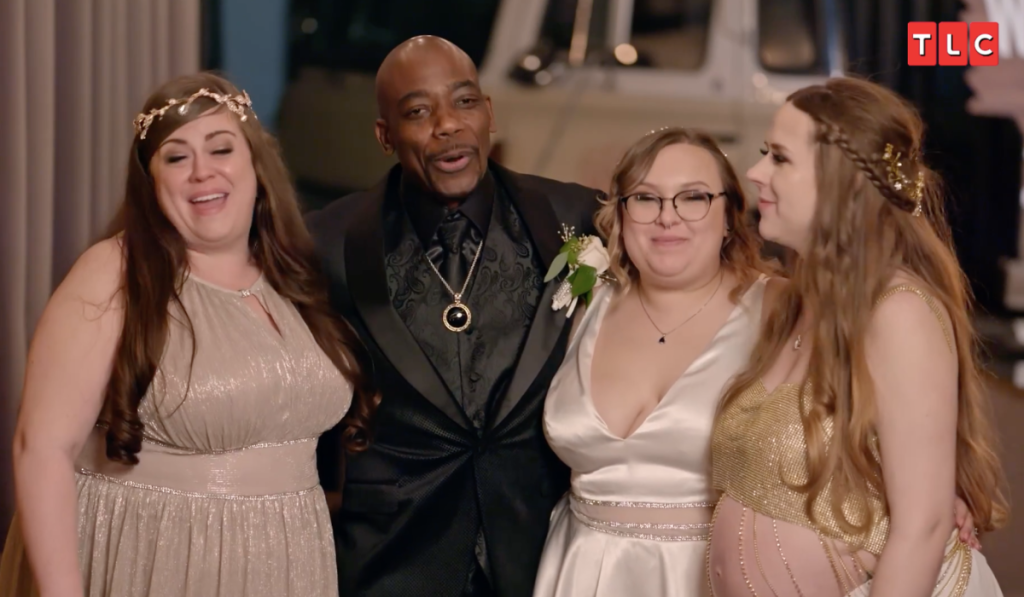 The Davis Family Seeking Sister Wife has been different from the start. Nick was married to April for many years, and Jeniffer joined the family five years ago. Shockingly, the two women ended up marrying each other and took Nick’s last name. And the current season focused on Nick bringing another potential spouse into the family, Danielle. Likewise, the family moves forward as Nick marries the third wife in a tearful ceremony. Tune in to know the rest.

One family has finally found their potential wife, and they are moving forward. The Seeking Sister Wife Davis family patriarch Nick is finally married to his third wife, Danielle. At first, Danielle and her friends had some questions regarding the family. However, they seem to understand how polygamy works. People has shared an exclusive sneak peek into Monday’s episode. Danielle is giving a heartfelt speech as her two other wives stand beside her. The third wife noted that she hadn’t felt this happy before. And she didn’t know happiness like this existed before finding her love. Danielle sobs while giving her speech and says she has no words to describe that she is living with people who love her.

The bride continued that growing up, people have a conventional form of the idea of love. However, sometimes, they stumble upon untraditional and unconventional kinds of love too. The Seeking Sister Wife star says that she doesn’t want to be anywhere but with her favorite people in the world. Then, Nick takes the mic and starts his speech. The husband points to his wives and says they are all beautiful. He added that he loves all who came together, siding their selflessness and forming a beautiful life. Then, Nick says, “I am living the life.” He continues that together all the women give him the strength to be the best “Nick” he can be. Davis concludes his speech by saying that together, we will always be right on the path.

Seeking Sister Wife: The Four Of Them Tie The Knot(s)!

, and at last, he kisses April. Meanwhile, in his confessional, Nick seems proud of his marriage. The Seeking Sister Wife celeb says he has solidified his union by having three wives.

Davis feels it’s unbelievable and like a dream come true. Nick and his wives are currently loving their life, and it’s a wish they have been granted. The officiant concluded the ceremony by declaring the four of them husband and wives. The Seeking Sister Wife reality star Nick shouts at the camera, “We are married now!” Stay tuned to TV Season & Spoilers for the latest updates on reality TV shows.