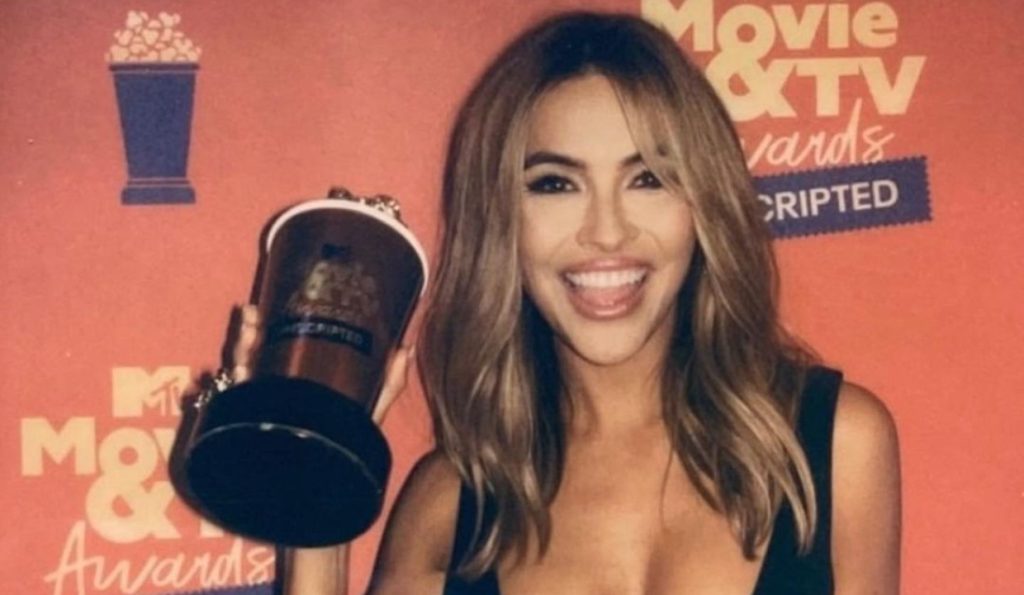 Chrishell Stause is a rare celebrity. That’s because of her involvement in several noted soaps but also in the reality series, Selling Sunset. Therefore, her fans love her artistry as well as her real-life persona. Therefore, celebrations are in order for the star. That’s because she ended up winning the golden popcorn for being the ‘Best Reality Celebrity’ at the MTV TV & Movie Awards 2022. Well, her acceptance speech became the talk of the town and made fans praise her even more. Keep reading more to know all about this.

Selling Sunset: Chrishell Stause Appreciates Fans For Voting For Her After Revelation About Her Sexuality

Chrishell Stause has been in the limelight for the longest time. In fact, her journey in the showbiz world began in 2007, and she never looked back. Moreover, the star keeps reaching new heights owing to her unique career trajectory. After being a daily soap actor, she became a real estate agent too. Therefore, the reality show, Selling Sunset began documenting her journey, making her a reality star too. Well, the 40-year-old ended up getting the much-deserved recognition. That’s because she recently won the ‘Best Reality Star’ award. Well, it was indeed a special win for Stause.

Apparently, she came out as queer in May 2022 while making her relationship with famous non-binary Australian rapper G Flip public. Hence, when Chrishell Stause got her award, she made an emotional speech. That’s because she was in awe of her fans for accepting her sexuality and voting for her despite that. Without trying to get “too deep”, the reality celebrity expressed herself. It turns out that the Selling Sunset star wasn’t “sure” about how things would go after revealing her truth. Therefore, her win has become much more meaningful to her since then as she smiled widely with the award.

Once you’ve been a public figure for several years, revealing some large parts of your life to the audience can be a scary affair. Well, Chrishell Stause has been living her best life so far. That’s because most of her fanbase has been very supportive of her coming out journey and love her despite it. As the woman went to the MTV Movie & TV Awards, her cast of Selling Sunset was present with her. That’s not all; her significant other, G Flip, was also there to support their partner. Well, viewers spotted both of them locking lips at the award ceremony as per TheHollywoodGossip

Hence, the Selling Sunset viewers were in awe of their newfound romance and appreciated Stause even more for being herself. It turns out she met G Flip during one of their music video shoots, and sparks flew. Apparently, their chemistry in the song grabbed a lot of attention and felt quite natural. Hence, it was no surprise when the soap opera star finally made her relationship with the non-binary rapper public eventually. Keep checking TV Season & Spoilers for more such Selling Sunset updates.