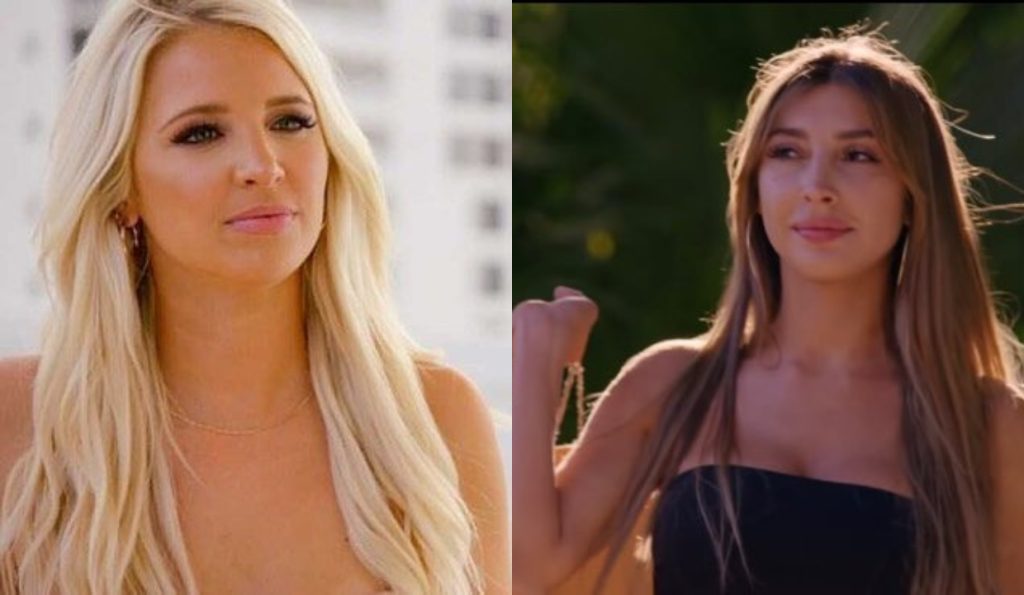 Siesta Key: Camilla Shades Jordana! Accuses Her Of Sleeping With Other People’s Boyfriends!

It is no secret that Camilla Cattaneo and Jordana Barnes from Siesta Key have been enemies for a while. In fact, they aren’t fond of each other eversince Brandon, i.e., Camilla’s ex, shared a kiss with Jordana. Hence, the show has often captured their cat fights and drama. Moreover, both these women are hugely responsible for a lot of drama on the show. It turns out that their rivalry continues offscreen. That’s because Camilla made a lot of shocking revelations about her castmate online. Keep reading to know more details.

Camilla and Brandon’s relationship has been a huge part of Siesta Key. However, their bond wasn’t a fruitful one. That’s because they keep going on and off for a long time. However, drama ensued when Jordana made an entry into their lives. It turns out that Brandon ended up kissing her when he was broken up with Camilla. Therefore, the former couple had an argument over this, and Jordana fell instantly on Camilla’s list of enemies. It turns out that these women continue to shade one another on social media too.

Moreover, Camilla Cattaneo took to her Instagram to interact with her followers. As per Reddit, she did a live session. At one point, she began talking about her arch enemy, Jordana. Apparently, the 23-year-old stated that she was in touch with everyone from the cast except for her. At last, she ended up saying that Jordana isn’t getting “paid much” by doing the reality show. However, Camilla went as far as claiming that the 30-year-old tried becoming part of the main cast by “sleeping” with other people’s “boyfriends”. Hence, she found this act to be sad. So far, Barnes has not yet reacted to these allegations.

Siesta Key: Jordana Says Camilla Is No More A Part Of The Show!

Although there has been no official announcement, rumors suggest that the Siesta Key cast has moved to Miami, Florida, for the upcoming season. To support this, a lot of stars were making posts on Instagram, revealing that they were shifting. It turns out that Camilla isn’t the only person taking digs at Jordana. Apparently, the latter does the same to the former. Besides, Cattaneo put up a picture on her Instagram about her Miami move. Therefore, a famous Instagram page, @mtv_reality_teaa, reshared the same, assuming she will feature in Siesta Key Season 5

However, Jordana Barnes took notice of this post. Hence, she was quick to claim that Camilla had been “kicked off” the show. But, she didn’t give any proof to support this. At last, Siesta Key fans began to assume that the reality TV stars were busy taking digs at one another. Hence, there is no truth to these comments. Yet, there is still no official confirmation or hints about Camilla or Jordana’s involvement in the upcoming season. Keep checking TV Season & Spoilers for your daily dose of Siesta Key updates.