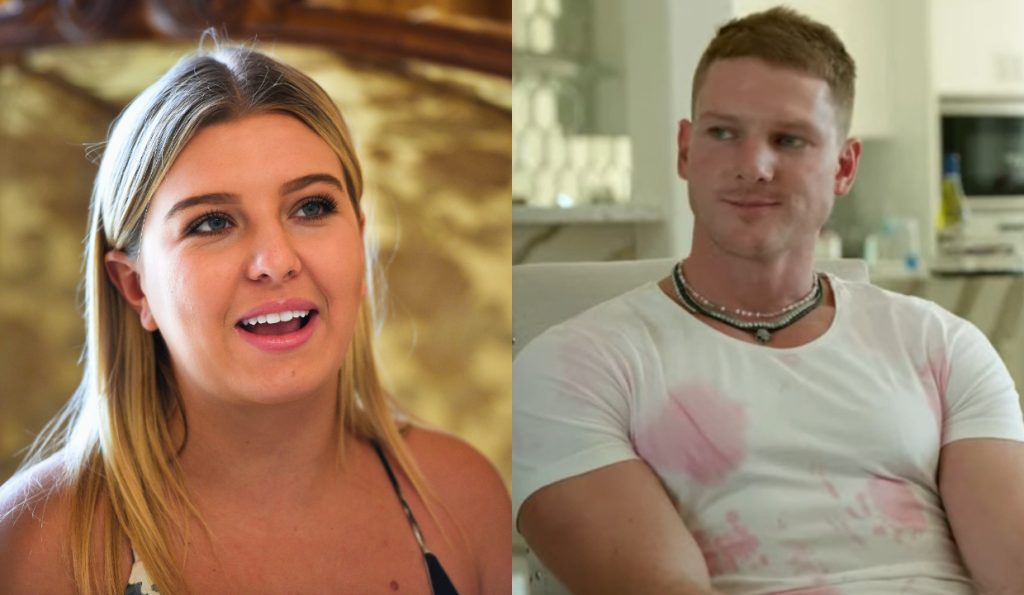 Chloe Long has showcased many sides of herself as Siesta Key took over TV. Initially, viewers would give her hate for being extremely toxic around her friends and other castmates. However, the last few seasons have been different for her as she focussed on becoming a better person and self-improvement. However, there are still some moments in the show where the star tells things as they are. Chloe’s latest victim has been another castmate, i.e., Sam Logan. In the latest episode, she ended up calling him a “whining billionaire baby!”. Keep reading to know more details about this.

The relationship dynamics, as well as the friendship dynamics in the Siesta Key universe, are pretty messed up. While many castmates admire and appreciate one another, there are some who just can’t stand some of them. Well, this includes Chloe Long and Sam Logan. The former has been a very supportive friend to Juliette Porter, who has dated Sam in the past. Hence, Long has been upset at the entrepreneur since he parted ways with her friend and did her wrong. While Sam and Juliette are seemingly on decent terms with one another, Chloe still has a bone to pick with the former.

In the latest Siesta Key episode, Chloe was discussing with another star from the show, Amanda Miller. That’s when she said something quite offensive about the Miami resident. She stated that Sam Logan is nothing more than a “Whiny Billionaire Baby”. A fan reshared this moment on Reddit. Well, the moment got a lot of attention. While viewers have been uncomfortable with Chloe in the past for her rude statements, they supported her this time. Many viewers had a laugh at her statement and sided with her while saying, “she’s not wrong”. Since the new season began, Sam has been showcasing his party lifestyle and his lavish Miami crib. They had had enough of this and were glad that someone called the star out.

As mentioned above, Chloe Long stuck by Juliette Porter’s side when Sam Logan broke her heart. While doing her job of being her good friend, she had again taken shots at Porter’s ex. Long took to Twitter to troll Sam. She stated that he “ran over” to Miami, Florida, to deal with his heartbreak. The young celebrity went as far as saying Sam is in his 30s and still “didn’t have his life together”. She concluded by saying that he won’t like her advice. Yet, he should probably take it. While Chloe didn’t mention Sam’s name anywhere in the post, it was very apparent she was referring to him.

At last, Sam also confirmed that the post was about him. That’s because he responded to her with the screenshot of the Tweet through his Instagram handle. While keeping everything vague, Sam told the castmate that she would also be running to Miami, just like him. He wasn’t sure if Chloe knew about this and wanted her to check her email. Viewers understood that the young entrepreneur was talking about all the cast members moving to Miami for season 5. However, they didn’t think his comeback was as strong as Chloe’s. While the fans appreciate the latter for being honest and fierce, they shamed Sam for going back to his old ways of serial dating younger women and partying with them. For all the exciting Siesta key updates, come back to TV Season & Spoilers