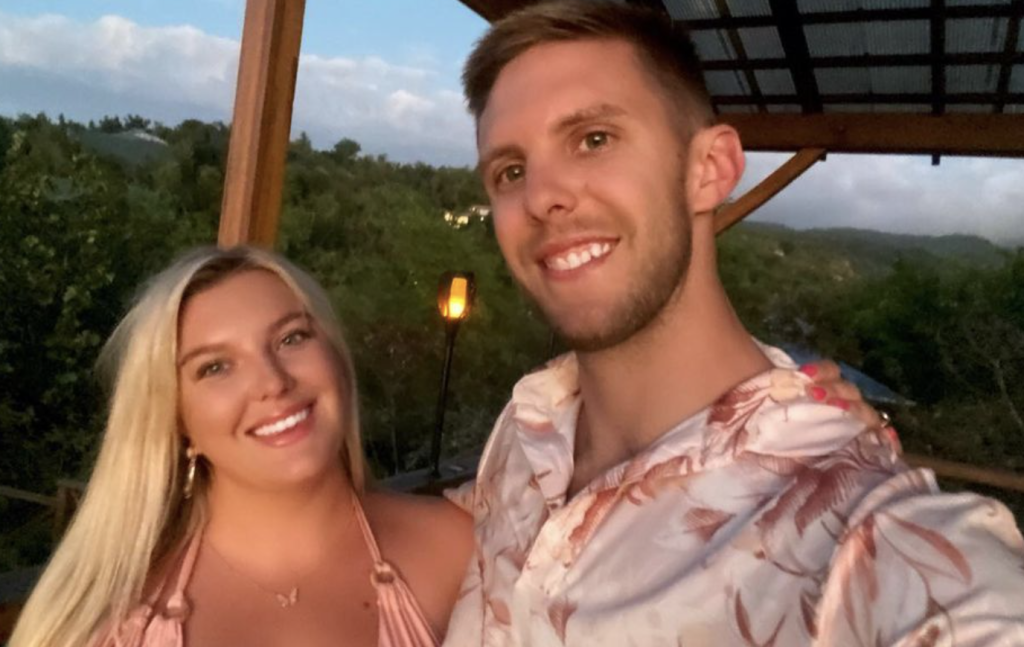 Siesta Key Star Chloe Trautman and Chris Long’s relationship has always been the talk of the town ever since the couple tied the knot earlier this year. They are embracing and enjoying the best days of their life. The couple often shares their pictures on social media, gushing about each other. Their love story grabbed the attention of fans. Chloe has recently changed her last name on social media. The reality television star enjoys a 470K following, while her beau Chris has around 6K followers on Instagram. The couple celebrated their six-month anniversary recently. However, fans trolled them for getting tattoos. Keep reading to know the details.

The Siesta Key stars Chloe and Chris got married in February 2022 in a star-studded ceremony their family and friends attended. It was a major occasion of the year as all of the guests took to their accounts to congratulate the couple. On August 20, the newly married couple celebrated their six-month annivers ary. The two shared pictures while getting tattoos on their body. Chris shared the tattoo artist’s and his wife’s snaps on his official Instagram account.

However, this stunt did not receive praise from the fans. The Siesta Key fans talked about their new tattoos on Reddit. They were not happy with the couple getting inked at such an initial stage of their relationship. Chris and Chloe are running quite fast as per the fans. They got engaged in November and then tied the knot in February, which was quite fast for viewers. People mentioned on Reddit that tattoos were not a good idea to celebrate an anniversary. One user wrote, “Tattooing a lover’s name on you is a gigantic gypsy curse.” Another one mentioned, “Those 6 months have probably felt like a lifetime.” Whereas, “Good to see she’s still making messy life choices,” wrote another.

Siesta Key: Chloe Talks About The ‘Hardships’ In Her Marriage

The Siesta Key couple Chloe and Chris are celebrating their six-month anniversary, however, these months were not very easy. Meanwhile, as they navigated their relationship, Chloe opened up about her hardships in the marriage. It was a ‘rough’ journey. Talking in an interview with Life&Style, she said that there were some hardships that the couple worked on. It was tough for them to plan out their marriage. The 26 years old revealed that the week before their marriage was full of tensions.

Talking about their wedding week, the MTV star also revealed that they met several couples to know about their life and struggles after marriage. Most people told them that there are up and downs in relationships. Undoubtedly, there were problems in Chloe and Chris’s relationship. However, they overcame them. As of now, they are happily married. Although they are running quite fast, seemingly, things are fine between them. Hoping the lovebirds are blessed with a happy life married life. Meanwhile, for more updates on Siesta Key, stay tuned to TV Season & Spoilers.