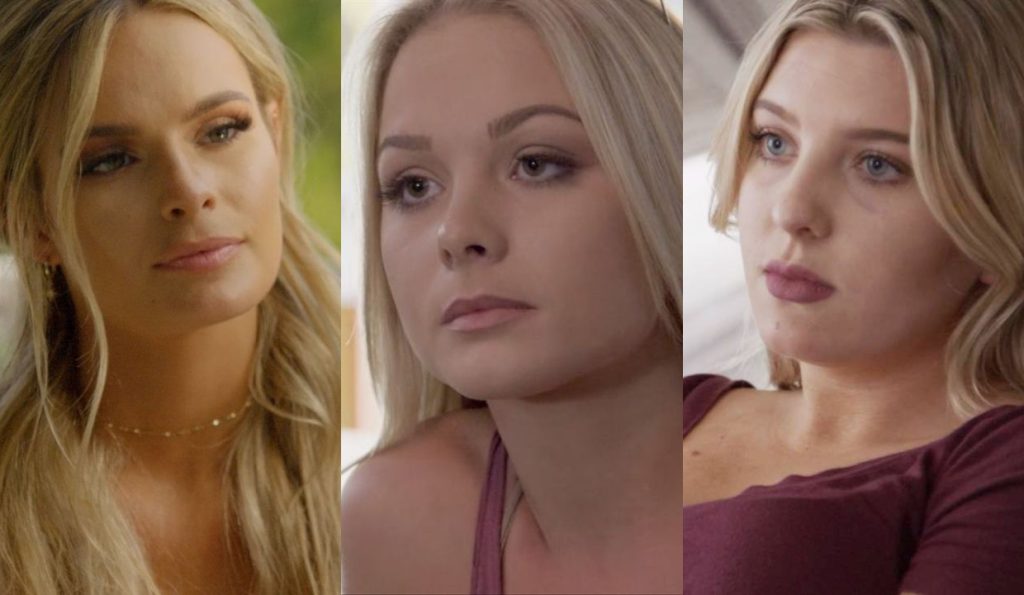 Juliette Porter and her constantly changing love interests ruled over Siesta Key. She has dated many men on the show, and it hasn’t always ended in a good way. While she is in various serious relationships with Clark Drum now, things from the past still tend to haunt the star. For instance, she and Sam Logan had a very dramatic and toxic relationship on the show as they kept going on and off for a long time. Lately, a new episode revealed that Juliette had a fight with Amanda as the latter ended up sleeping over at Sam’s house and even borrowed his shirt. Keep reading to know more details about this.

Siesta Key: Juliette Fights With Amanda For Sleeping Over At Her Ex Sam’s House!

As the new Siesta Key season is currently airing on MTV, things are heating up again. While the main focus of the latest episodes has been on everyone’s ambitions and careers, drama always comes in the way. For instance, Juliette had a bone to pick with her friend Amanda. In the latest segment, Chloe, Amanda, and Juliette were all sitting in a club. Miller started the conversation by saying the other two probably had something to say to her. So, Chloe swiftly escaped the situation while saying she needed to find her husband. Juliette finally confronted Amanda about finding out that the latter slept at her ex, Sam Logan’s house, and even borrowed one of his T-shirts when she left in the morning.

Amanda Miller tried to defend herself by saying “yes,” she did do all those things. However, she just wanted to be “somewhere safe” at the end of the night. Hence, the 26-year-old found it appropriate to go over to Sam’s. Well, Porter was just not convinced after this confrontation. She continued to say that she found the whole thing “weird”. The Siesta Key fans also reacted to this revealtion. Many of them stated that they found Amanda’s actions wrong. Because, at the end of the day, “loyalty” is more important than “trust.” However, there were some who also defended the former Hooters calendar girl. They stated that Amanda was friends with Sam before he and Juliette became an item. Hence, she doesn’t need to justify staying at his house.

Although Siesta Key is a reality show, viewers often see Juliette Porter as the protagonist in it. She has been a part of the series since the very beginning, i.e., 2017, and has come a long way since then. Apart from being a reality TV star, she is also a young entrepreneur with a beachwear line, i.e., JMP The Label. In a recent interview, the star opened up about her career and her boyfriend, Clark Drum. It is one of her most serious relationships, as they have been going strong for more than a year. While speaking more about this, Juliette mentioned that most of her boyfriends from the past were narcissistic

Since Juliette had dated Sam before Clark came into her life, viewers began to wonder if she was taking a dig at her ex. She also talked about her past relationship, explaining how they weren’t a good fit. Porter said that being with logan was “too much drama,” which deviated her from working on her ambitions and career. Luckily, things with Clark have been smooth sailing. Juliette was happy that her boyfriend uses less social media and isn’t as self-obsessed as the rest of her boyfriends from the past. Do you like Juliette and Clark together? Tell us in the comments below! Until then, keep checking TV Season & Spoilers for more Siesta Key updates.