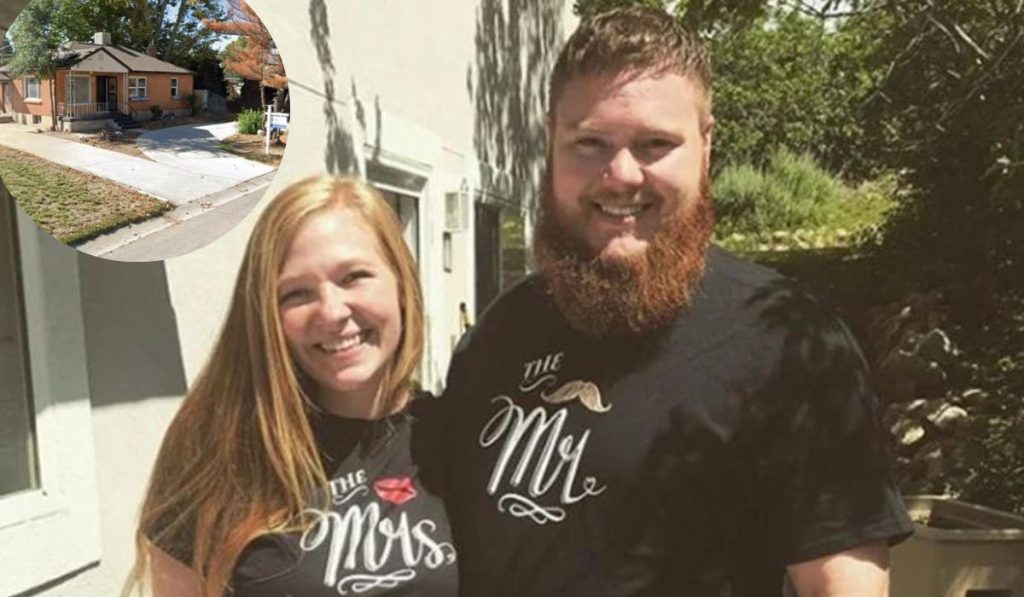 Sister Wives celebs Kody and Christine’s relationship had cracks in it for several years until it all came crashing down. He claimed he had lost interest in his third wife. So, rather than staying in a loveless marriage, Christine decided to get separated from Kody. In 2021, she waved her last goodbye to the plural family as well as to Flagstaff and split ways. Christine and her youngest daughter Truely moved to Utah as soon as she filed for divorce. Well, the mother of six is currently living her best life in Utah with her children and grandchild. Surprisingly, her oldest daughter Aspyn Brown recently found a new home just 20 minutes away from her mother. In order to stay close to her mother, she purchased a new house after her parent’s nasty split. Here are more details about the expensive new purchase.

The Sister Wives star kid, Aspyn Brown, and her husband, Mitch Thompson, spent a whopping $445,000 for a property in Utah. It is close to her mother, Christine’s rental duplex. TheSun confirmed that Aspyn and her husband Mitch bought the expensive house in Midvale, Utah, on December 15, 2022. Moreover, Utah property records show that the 1,272-square-foot house has three bedrooms and two bathrooms. The home includes a red brick exterior, a finished basement, a garage, and a fireplace. Aspyn’s husband, Mitch Thompson, announced his excitement through his Instagram post. He shared a selfie of himself and his wife standing in front of their new house. In the caption, he wrote, “We purchased our first home!” Aspyn’s new property is just 20 minutes away from her mother, Christine’s Utah home.

Aspyn’s dad Kody, who split with Christine in 2021, expressed a wish for his kids to live close by and settle themselves in Flagstaff, Arizona. The celebrity polygamist had four wives when he paid $820,000 for the Coyote Pass property in 2018. Well, his separations from Janelle and Meri were publicized in the latter part of 2022. This delayed his plans to construct four residences on the land, one for each wife. Talking about Aspyn, she has been living in Utah with her husband Mitch for a long time, and after her parent’s divorce, she decided to relocate closer to her mother. The pair got married in 2018, which was featured on Sister Wives

After Christine divorced Kody, she moved into a $1.1 million duplex in Utah. Mykelti, Paedon, and Truely, the couple’s youngest daughter, all reside in Utah together with Christine and Kody. Meanwhile, Gwendlyn is enrolled in a university in Flagstaff, while Ysabel attends college in North Carolina.

Fans of TLC’s Sister Wives are aware that Christine and Kody Brown’s marriage was never smooth. The patriarch has entirely ceased caring about his third wife and the family he has with her since Robyn joined the family. Additionally, viewers saw her marriage crumble due to a lack of affection, care, and attention. Consequently, Christine fought against it for over two decades. But, she ultimately decided that ending their relationship was the greatest thing she could do for the lifeless carcass of her marriage. Christine has been living a single woman’s life for a year and thoroughly enjoys it. Moreover, she relocated to Utah and is now spending quality time with her family while caring for her youngest child. In addition, the star has a successful Plexus business and a popular TLC cooking program. Christine, however, has also achieved success in a different area.

Fans recently saw she had passed the milestone of 1 million Instagram followers. Yes, you read that correctly. She appears to have the most followers, at one million in the Brown family.  Fans prasied Chrsitine on her acheivement. One fan stated that Robyn is currently standing with somewhere around 200K, while Janelle is already close to 800K. However, another person said that Christine gained lovers while losing a loser. She seemed to be receiving the approval she always wanted but was denied by Kody. It appears that Christine will soon be able to profit from her fame on Instagram as well. She could, however, already be getting paid for sponsored postings, it seems. Stay tuned to TV Season & Spoilers for more such updates.