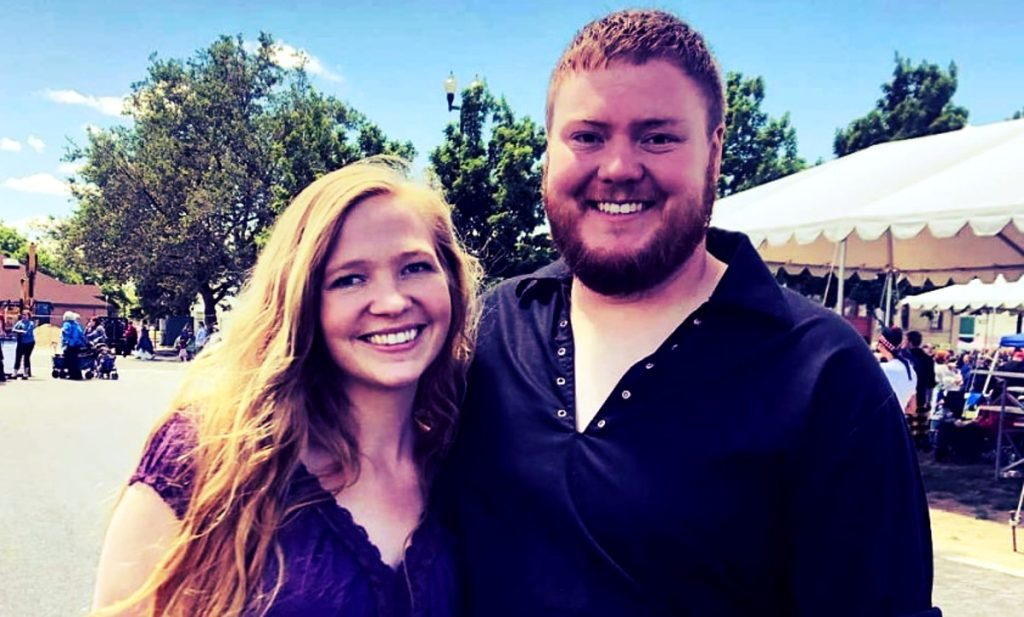 Sister Wives: Aspyn’s Husband Has A “Life-Threatening” Profession That Fans Didn’t Know About! Here Are The Details

Regarding careers, everyone is doing pretty much what they want in the Sister Wives family. The Brown kids have chosen the careers best in their interest. Aspyn’s husband Mitch has revealed his “Life-Threatening” profession for those unaware. The couple got married in 2018, and they have been together ever since. Besides, the star kid’s husband opened up about his profession a while ago. And fans are surprised to know about it. What does David Mitchell Thompson do? Tune in with us to find out.

Aspyn has always had a crush on a boy in “Church.” And that turns out to be Mitch. The two took time to understand each other, and Mitchell finally proposed in 2017. While the Sister Wives star kid has worked as a teacher, she also appeared on the reality show. In 2019, Christine’s oldest daughter started working as an “Assistant Manager’ at Kendra Scott. Meanwhile, fans were unaware of Aspyn’s husband’s profession. Mitch recently opened up about his “big fight” on social media. So, fans wanted to know if he was a wrestler. However, TVSS reports that David Mitchell Thompson is the Muay Thai Champion. It is sometimes known as Thai boxing but is significantly dangerous.

According to a simple google search, Muay Thai is an ancient form of martial arts. And it is a popular sport in Thailand. The thing that makes it “Life-Threatening” or “Dangerous” is its various clinching techniques. Besides, Muay Thai is also one of the deadliest martial arts. Though it looks like kickboxing, it’s different. Wrestlers use a 4-point striking system in kickboxing that uses kicks and punches. Meanwhile, in Muay Thai, an 8-point striking system involves using kicks, punches, elbows, and knees. Muay Thai also involves powerful counter-attacks as compared to kickboxing.

By looking at David’s Instagram, the profile is full of achievements. Moreover, he shared about his recent win a few weeks ago. Sister Wives celeb Aspyn’s husband noted that he had a “big win” on a fight night. He shared several snaps of his fighting ring and actions. Meanwhile, his friends and family filled the comment section with praise. The husband also shared a picture of his wife. And in his caption, he thanked the ones who came to support him. One Instagram user asked Mitch if it hurts afterward while congratulating him. David responded, “It usually does.”

Another person mentioned that the “straight kick” to the face would live rent-free in their brain forever. Moreover, Janelle Brown commented on the posted and congratulated Aspyn’s husband. Besides, Aspyn is always accompanying her husband in his fights. Are you shocked to learn about Mitch’s dangerous profession? Tell us in the comments below. And stay tuned to TV Season & Spoilers for the latest updates on Sister Wives.