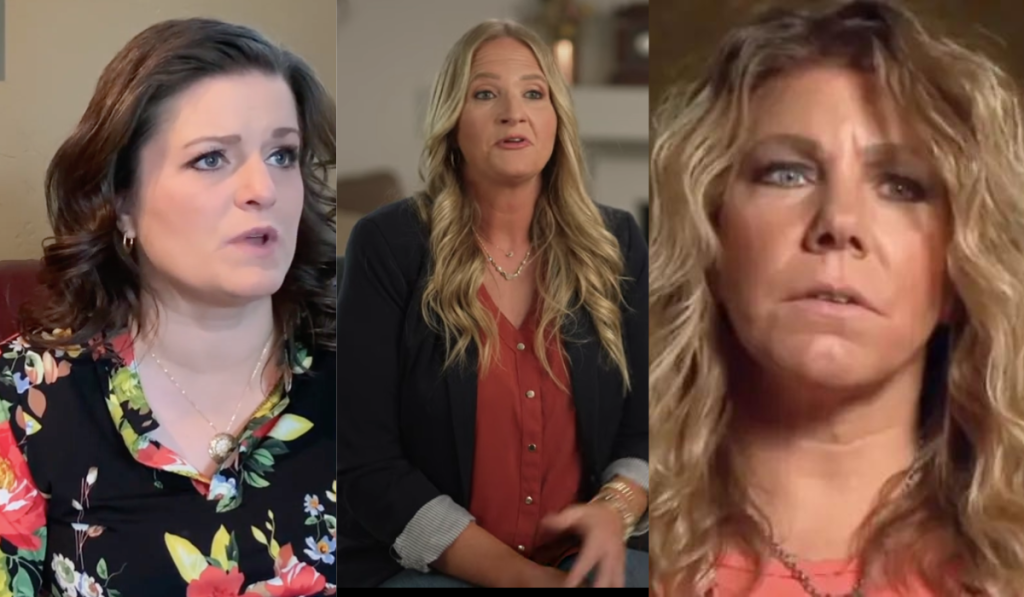 Sister Wives: Christine Brown Admits To Having No Contact With Robyn Or Meri Anymore!

Christine Brown has had a hard time being with Kody Brown. By now, the Sister Wives viewers are quite aware of how the polygamist treated his wife and kids. Moreover, the family patriarch refuses to acknowledge any need for improvement in the family. Likewise, as the third wife grew distant from her husband, other members weren’t close to Christine. In her latest interview, the ex-wife talked about her estranged relationship with Robyn and Meri Brown. Tune in with us to know more.

Sister Wives: Christine Brown Has No Relationship With Meri Or Robyn

The TLC audience has seen the family dynamics crumble in front of their eyes. The Sister Wives celebs are far from pretending that plural marriage works for them. Moreover, fans have already seen the current state of the Browns. Christine has left the family and no longer wishes to be a part of it. The mother of six loves to spend her day as a happy single. While Christine managed to divorce Kody, she also stopped having relationships with two of his other wives. Robyn and Meri Brown no longer seem to be a part of the ex-wife’s life. In her recent interview, the TLC personality noted that she hadn’t been close to Robyn or Meri for years. The fans might remember that Christine noted Kody spends more time with Robyn than with her.

The third wife’s last talk with Meri was about the “mountains.” After Christine’s departure, no one talked to her except Janelle. Hence, due to that, relationships with the other Sister Wives aren’t good. Besides, Janelle Brown gave her time and advice to Christ ine after the separation. The two have been in contact ever since and are happy to be best friends. Likewise, one of the big reasons for Christine’s split with Kody is that the polygamist chose to spend time with the fourth wife. Hence, he gave no attention to the others.

Christine is getting to live a life for herself. The mother of six has graciously moved forward in her life and maintained her personality. Moreover, she is happily enjoying her single status for the time being. However, the Sister Wives celeb might look for a potential man somewhere in the future. The ex-wife noted that she wants a man who respects her choices. Apart from making the big changes, the TLC personality also got the opportunity to be in a magazine with Late Lady Diana, The Princess Of Wales. Christine is full of joy.

Similarly, her kids are growing up, and the mother also wants to spend time with her kids. Therefore, the Sister Wives celeb moved to Utah to be closer to her children. How do you like Christine’s progress? Tell us in the comments below. And stay tuned to TV Season & Spoilers for the latest updates.