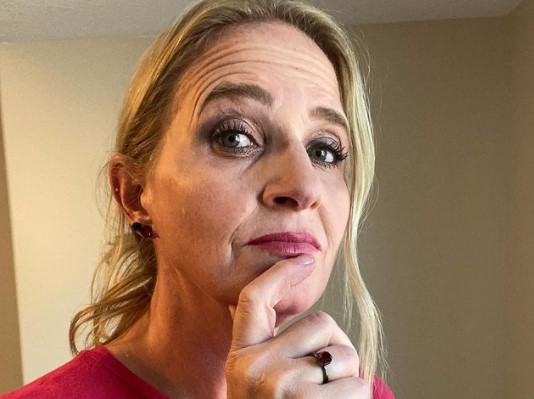 Sister Wives: Christine Brown Is Living A HAPPY LIFE In Utah, Away From ‘Kody & Robyn’!

Speculations say that Christine Brown has finally escaped the toxic plural marriage situation with Kody Brown, and fans can’t be happier. A new season of the show is on the way. As per the looks, it will likely feature some of the Sister Wives finally addressing that Robyn has become Kody’s most favorite spouse of all. Well, Christine had already mentioned her concerns in the latest trailer. However, according to recent reports, the second wife lives in a $1.1 Duplex in Utah with her daughter. So what is she up to these days? Has Christine finally left Kody for good? Here’s all you need to know.

Sister Wives: Christine Is Living A Happy Life In Her $1.1 Million Utah Duplex!

For years, fans of the TLC show had been waiting for the Sister Wives to break through their complicated relationship with the celebrity polygamist. As per public opinion, Kody has been disrespectful towards some of his brides for a long time now. However, despite his visibly apparent toxic behavior, Meri, Janelle, and Christine continued their marriages with him. As of now, even though Kody denies the fact, but Robyn is slowly becoming the head wife these days. The Brown family patriarch prioritizes his family with his youngest wife over all others, and the rest of his wives have started to catch on to that.

Well, after her bold statements in the trailer of Sister Wives Season 16, Christine has been rumored to be living in a Duplex in Utah. A lot of fans on Reddit have even found out evidence to support this claim. Hence, it’s currently highly likely that Christine has finally stepped back from her marriage with Kody. As per reports, all her kids except her youngest one have moved out already. So, she is only living with Truely right now. According to her recent posts, fans have pointed out that the second wife finally looks happy in her life after years of being neglected by her husband.

Moreover, her relationship with Truely has also getting strengthened as the two of them support each other while living away from Kody. Christine even uploaded a picture of Truely getting some Halloween vibes by bonding with a skeleton. The mother-daughter duo had also watched Pirates Of The Caribbean together, suggesting that they have a lot of fun together. Fans of the popular celebrity are glad to see Christine enjoying her life without Kody. She even took Truely for a California vacation alongside Janelle and her daughter Savannah.

aren’t working out. Hence, they have constantly been urging some of them to quit this complicated relationship and focus on their kids instead. However, it took way too long for the Sister Wives to address Kody’s priority list. In the Season 16 trailer, Christine hinted that the family patriarch doesn’t seem to care about the rest of the family anymore. She also denied to live on the Coyote Pass property with the other wives.

Christine Brown pointed out how Kody has a fully functional marriage with Robyn. However, with her, the marriage is dysfunctional. Hence, she doesn’t want to live on the same property, having to watch him happier with his youngest spouse. The new season will reveal whether Christine has officially left the polygamist or is maintaining a long-distance relationship with him. Watch the latest episodes on TLC when they come out on November 21, 2021.