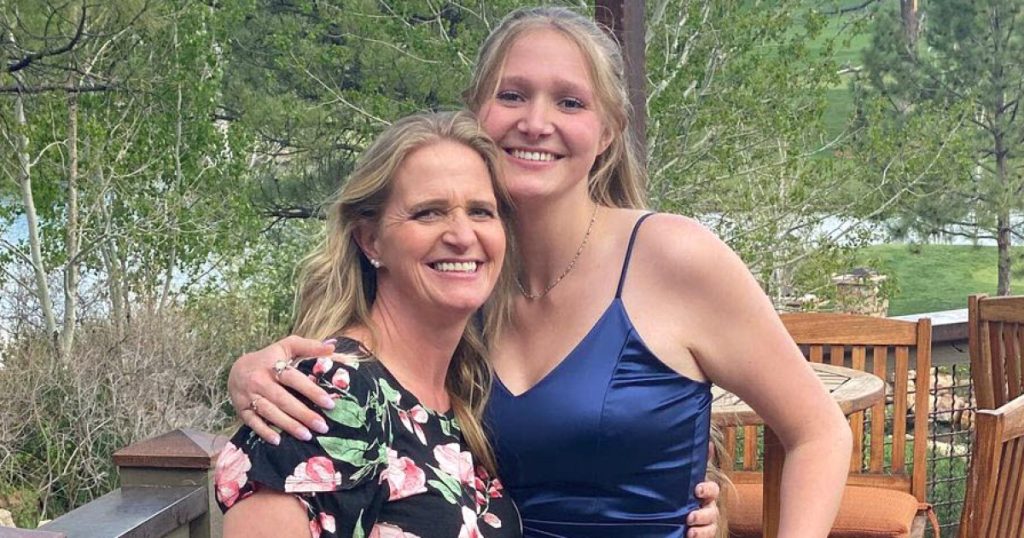 Sister Wives star Christine Brown’s 18-year-old daughter Ysabel shares her topless pictures exposing the scars that she had after surgery. She is flaunting with confidence, and that is the best thing about her. Christine Brown, who is going through a rocky phase with her husband Kody, has been an enormous support to her daughter.

Meanwhile, the Brown family is seen to split apart. The humble peace that was previously visible to the viewers is doubtfully and also at stake in Season 16. The show is all set to premiere on November 21, 2021. Not just that, this is the first time when two consecutive seasons have come in a single year. Although this time the show will not have any wedding bells ringing. Instead, it will have more family drama and twists.

Talking about our star girl Ysabel, she went through her spine surgery in October 2020. And now, she has informed about her surgery and some vital points related to it. This could help many suffering going through a similar problem. Let us know what Ysabel has shared.

Recently, Ysabel took to her Instagram handle and shared the pictures of her surgery scars in her stories. In one of the snaps, she is seen wearing a black bikini top and flaunting the scars with aplomb. Fans are already acquainted with Ysabel’s scoliosis condition, which she was diagnosed with at the age of 15. The condition was also discussed in the Season 15 finale.

Ysabel shares her after-surgery experience with the fans. She says it was one of the best decisions she ever made. She asserted that exactly one year back, she had a life-changing experience when she got her scoliosis surgery done. All the pain that Ysabel had previously dealt with is gone, and now she feels more in control of her own body.

She says that her journey was painful yet fruitful. Moreover, those who are contemplating getting their surgery done should definitely bang with it. In addition, Ysabel says if anyone has any query related to that, they can surely ask her.

Interestingly, she calls the surgery scar ‘KILLER!’. This is booming self-trust and confidence. It is good to know that Ysabel has taken her surgery very positively and has come out way stronger than imagined.

What Does Christine Brown Reflect On Ysabel’s Surgery?

Ysabel went for her surgery last year in New Jersey. Despite facing a financial crunch, the mother was firm to get her daughter treated. And after a year, the mother-daughter duo celebrated the day. Fans are well aware that Christine Brown is very caring towards her children. Needless to say, they see the Sister Wives’ mum as a great mother.

Recently, Christine also went on her Instagram and shared a collage post with her daughter Ysabel’s picture. She captioned, “I’m humbled and blessed to be her mom.” And as Tvshowsace reported, Ysabel’s brother also chimed in as he commented, “She is so badass.”

Many fans and followers appreciated Ysabel for being so brave. One said, “she’s a brave girl.” Some others congratulated the mother for being equally strong and supporting children in tough times.

Interestingly, do you think Ysabel has the exact brave reflection as her mother, Christine? Let us know in the comment section.