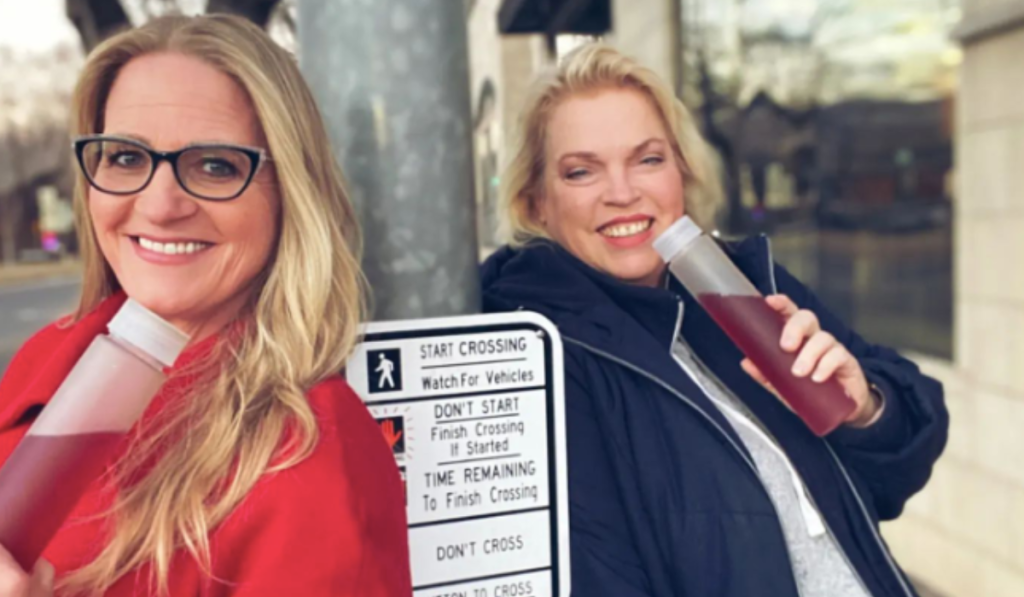 Christine and Janelle have always been together as best friends. The reality stars have been through thick and thin. Moreover, the mother of six has also been the primary caretaker of Janelle’s kids. Hence, the two have formed a great union together. Likewise, after leaving the polygamist, only Janelle reached out to the ex-wife. Thereby, since then, the Sister Wives celebs are best pals. Now, they seem to take another trip as Season 17 is ready to hit the screens. So, tune in with us to find out.

Christine Brown is the light and shining armor of the show Sister Wives. Her ex-husband Kody Brown also noted that his third life made the house brighter with her presence. Hence, the diss queen knows her way around, and even the fans love her. Likewise, with time, the viewers saw the sister-wive relationship and the formation of a great friendship. Janelle and Christine have been hanging out together for a long time. The two would always go on trips with their children. Unfortunately, the audience never saw Kody with them. Besides, in the latest trailer, Christine revealed that out of 800 days, her husband chose to spend only three days to be with her and the kids. The TLC personality’s comment shows how much she felt the need for an emotional connection.

Now that Kody is out of the picture, the wife doesn’t need him anymore. Christine and Janelle have their children to hang out with and be their biggest supporters. The Sister Wives viewers have also urged Janelle to follow Christine’s path. However, we don’t know when that might happen. Meanwhile, Christine shared about another trip she took with her best friend. The two reality stars went on a trip to see grain silos. Grain silos are a structure to hold bulk materials. It is used in agriculture to store fermented seeds as silage. The best friends posed for a picture in front of the silos.

With one trip with her best friend Christine, Janelle also shared about another outing. The mother posted a video on her Instagram, and it included her kids. Apparently, Janelle went to the country fair with Savanah, Gabe, and Hunter. The video contains fun pictures of the siblings enjoying a great time at the country fair. Fans chimed in to comment and appreciate the family. Though Kody wasn’t there, Janelle’s kids seemed to have a lot of fun without him.

Many fans wondered how the kids had grown so much. And the Sister Wives viewers also complimented Savanah. The 17-year-old has grown into a beautiful woman. Stay tuned to TV Season & Spoilers for the latest updates on reality TV shows.