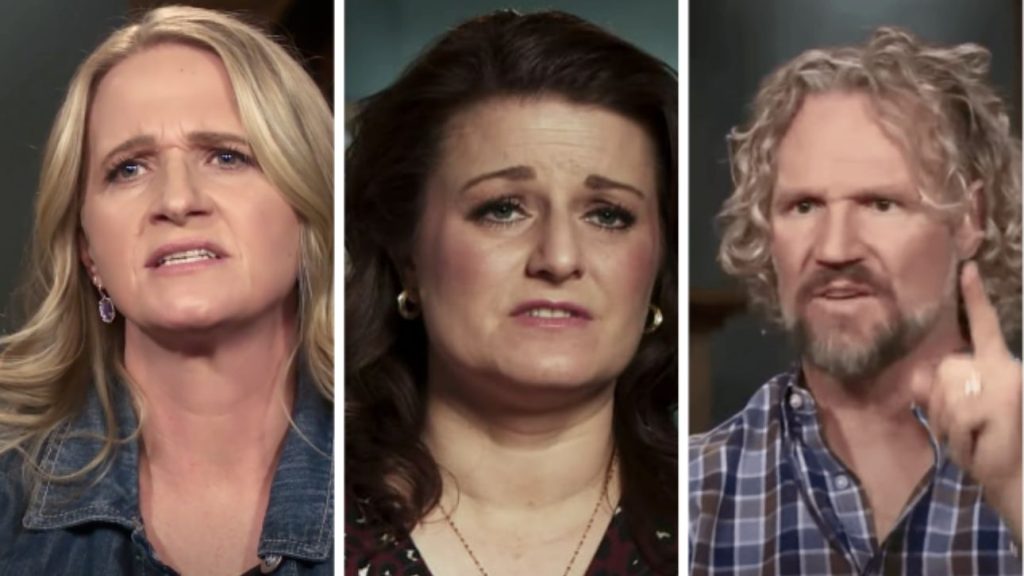 Sister Wives started airing on the giant television network TLC in 2010. Apparently, since then, a lot has changed in the Brown family and their beliefs. Fans know that Kody and his spouses first shifted to Las Vegas from their home state Utah, and then to Arizona. During all these life struggles, it seems that the core religion the Browns follow is not the same. Though some still stick to the same but the majority are done with the orthodoxy. However, as per the beliefs of Kody and Robyn, Christine is still married to Kody and needs a man to prove that she has parted ways with her ex. We have all the information you might wish to know, so keep on reading.

Sister Wives: Christine Needs To Have Sex With Other Men To Get Rid Of Kody Brown

The Sister Wives fans are well aware of the fact that Christine has made up her mind that she no longer wants to be a part of the plural marriage. Apparently, this infamous decision came out in 2021, right before the premiere of Season 16. Hence, the season was based on the justification of why the TLC star took such a step. Therefore, in the Tell All episode, she revealed that she no longer considers herself married to the patriarch. However, her so-called divorce came with only a proclamation. Apparently, the couple never had a legal contract. But Christine didn’t pay heed to religious procedures as well.

Not only this, but Christine doesn’t consider herself a part of the Church and belief anymore. So she simply doesn’t find it necessary to seek the Church’s acknowledgment for her divorce. But it seems that Robyn Brown won’t let Christine go easily. Apparently, she claims that Christine is still married to the patriarch, as per Cheatsheet. As per the religious dogma, the TLC star needs to have a sexual relationship with a new man to prove that she has parted ways with the patriarch.

Hence, as per the religion, Christine is still the wife of Kody Brown. However, it is difficult to establish whether it is an actual rule or is it just a personal interpretation of the Church. Whatsoever it is an interesting statement. Not only this, but Sister Wives

fans are aware of the fact that Robyn also ‘divorced’ her ex husband to marry Kody Brown. Hence, it will be interesting to know if she also followed the same rules or if the fourth wife is just using them to exert control over Christine!

Apparently, the Sister Wives star Robyn Brown created a huge controversy with her statement. Hence, Janelle was asked to confirm the exact rules of the Church. But shockingly, she revealed that Robyn’s claims were right. As per the faith that the family follows, a woman is not considered to have ended her spiritual union unless and until she has a sexual relationship with some other man. Hence, it means that Robyn was right. As per the religious dogma, Christine is still a part of the marriage. However, Janelle further added that there is a possibility that these rules don’t apply in Christine’s case.

Apparently, Janelle claims that these rules matter to only those who still are a part of the faith. But evidently, Christine no longer believes in the Church itself. So, it hardly matters to her if she follows the so-called procedure or not. Janelle’s explanation seems to be logical and convincing because if someone doesn’t believe in the concept, then why would they bother to follow it? So for her, Christine has already parted ways with Kody Brown and is living a life of peace and dignity. Keep coming back to TV Season & Spoilers for all the latest Sister Wives tea.