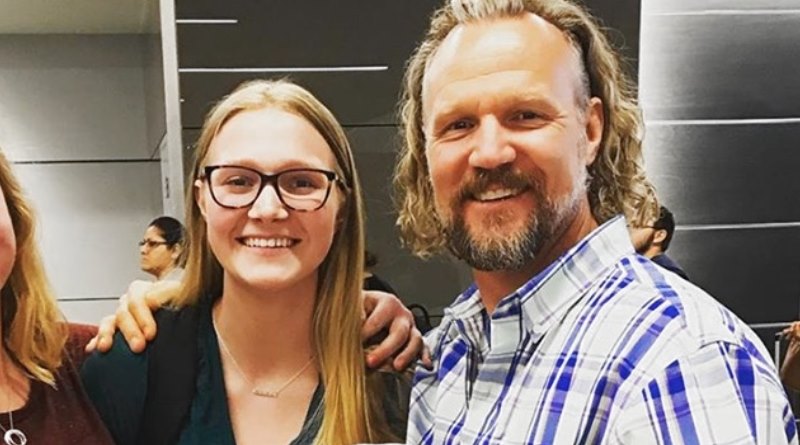 Over the years, Kody Brown has become a big television personality because of the success of his show, Sister Wives. The reality series chronicles his life with four spouses and eighteen children that he has from them. However, his behavior towards his family members has changed over the years. He barely has a good relationship with anyone, except his youngest wife, Robyn Brown, and her children. On the other hand, the rest of his children have been way too keen to escape the plural family dynamic in Flagstaff, Arizona.

As of now, another one of the Brown family children has left Kody and moved away from their Flagstaff house. Hence, here is all you need to know about the same.

The Brown family is clearly a big one with Kody, his four wives, and their accumulative eighteen children. Well, a lot of the kids are adults now or are in their teenage years. So, they are slowly moving out of the family’s living situation in Flagstaff, Arizona. The third wife, Christine Brown’s daughter, Ysabel, recently graduated from high school. She has now left her parents’ house to move in with one of her siblings. TVshowsace also pointed out that sibling is second wife Janelle Brown’s daughter, Madison.

Madison is married to her husband of four years, Caleb Brush. The couple has two kids together and recently moved into their new house in North Carolina in July this year. Now, both Isabel and Madison confirmed that the former is moving in with Janelle’s eldest daughter and her small family. The two of them uploaded a picture of them alongside Brush’s daughter Evengalynn. Well, the central reason for Christine’s daughter moving in with Madison is that she is starting college in North Carolina.

The sisters had lived together since when they were young, so it will likely be easier for Ysabel to start her adult life with Madison there to help. However, fans think there could be another reason why Christine has sent her child to live with Janelle’s daughter.

Sister Wives: Christine’s House Is Getting Sold! Is That Why She Has Sent Ysabel Away?

Well, moving away from college is a valid reason for Ysabel to move in with Madison. However, fans are speculating that there’s more to the story than that. Well, TV Season & Spoilers previously reported that Christine Brown had put her $725K Flagstaff house on sale. So, she’d probably have to move out sooner. Hence, in her current condition, she might be trying to send her kids away until she secures a better place to live in. Hence, there are chances that Ysabel has moved all the way to the east coast due to emergencies in the family.

As of now, fans are waiting for Christine’s official statement about her living condition. Previously, when Janelle Brown’s rental house was sold, she took to her Instagram to confirm that she and her family will be moving into an RV. We will update this section once more details come out. So, stay tuned to TV Season Spoilers for latest updates.