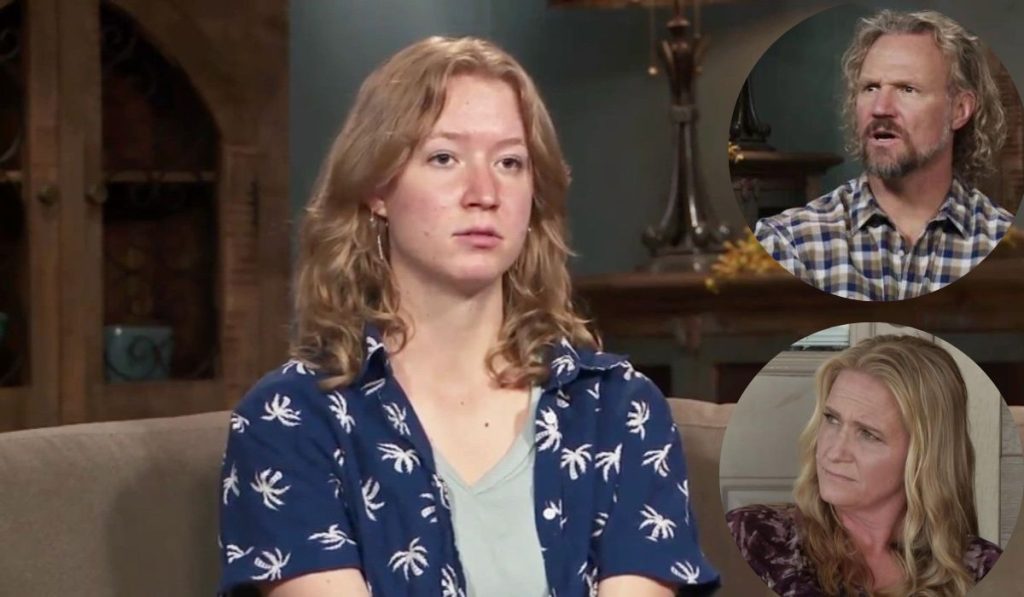 The Sister Wives star Gwendlyn Brown has been pretty open about her life. She confessed to being bisexual and is engaged to her girlfriend, Beatriz Queiroz. Gwen is also very confident as she has lived independently since her parents divorced and her mother moved to Utah. She currently lives with her fiance, and they plan to marry in July 2023. Gwen is a University student and as well as a part-time chef. However, she recently started her YouTube channel and posted the reaction videos of Sister Wives. And if you follow Gwen, you must know that her social media presence is pretty active. She is always engaged in updating her followers about her life. However, she recently informed her fans about her secret surgery. Let’s read to find out what surgery she got.

The daughter of Sister Wives stars Christine and Kody Brown recently revealed her secret surgery. On January 12, Gwendlyn opened up about her personal life on Instagram when she revealed that she had just had breast reduction surgery. In her story, she wrote a quote that says, “I have small boobs, and it’s cute, ok?” Under the text, she added her photo in which she is seen wearing a hospital dress and a black surgical mask. She wrote, “me after my breast reduction”. Moreover, in the next story, she narrated her experience and told why she got her surgery done. Gwen said she had breast reduction surgery on July 11, 2022, and went from breast size G to size C. She continued by saying that the operation went smoothly but made clear that insurance did not cover the treatment, which pissed her off.

Gwendlyn’s mother, Christine, was informed that her insurance would cover the procedure, but they refused to do so. Hence, the surgery was extremely expensive. Gwendlyn even told that her operation was painful and that she was immobile for a few days. She noted that the surgery was medically necessary, especially for back pain and posture deterioration. Gwen also said she could not afford it as she was already struggling with her rent and tuition fees, so her mother helped her a lot. Christine paid all the medical expenses, according to her. However, Gwendlyn is not the only Brown child to undergo her surgery. In September 2020, Ysabel, her younger sister, underwent extensive scoliosis surgery and emerged stronger than before.

There is a lot to learn about Gwendlyn Brown and Beatriz Queiroz after she startled Sister Wives viewers by announcing her engagement to her. As some of her elder siblings have previously been engaged and married at an early age, Gwendlyn is following in their footsteps. Although fans have known since she talked about it on Twitter in 2020, Gwendlyn came out as bisexual during Sister Wives season 17. In early 2022, she and Beatriz made their relationship public on Instagram, and things have moved forward quickly since then. They went to Disneyland to celebrate their two-month anniversary, and ever since then, they haven’t been able to be apart. Gwen and Beatriz resided in Arizona and moved in together after only four months of dating.

On November 28, to celebrate their eight-month anniversary, Gwen and Beatriz got engaged and revealed their emerald engagement rings to the world. Since then, fans of Sister Wives have been curious to know when Gwendly and Beatriz will exchange their vows. However, the wait is over. As per the reports, the couple is about to tie the knot on July 12, 2023. However, it was quite obvious as the young couple has already stated they are looking forward to getting married in the summer of 2023. For all the latest Sister Wives updates, keep coming back to TV Season & Spoilers.