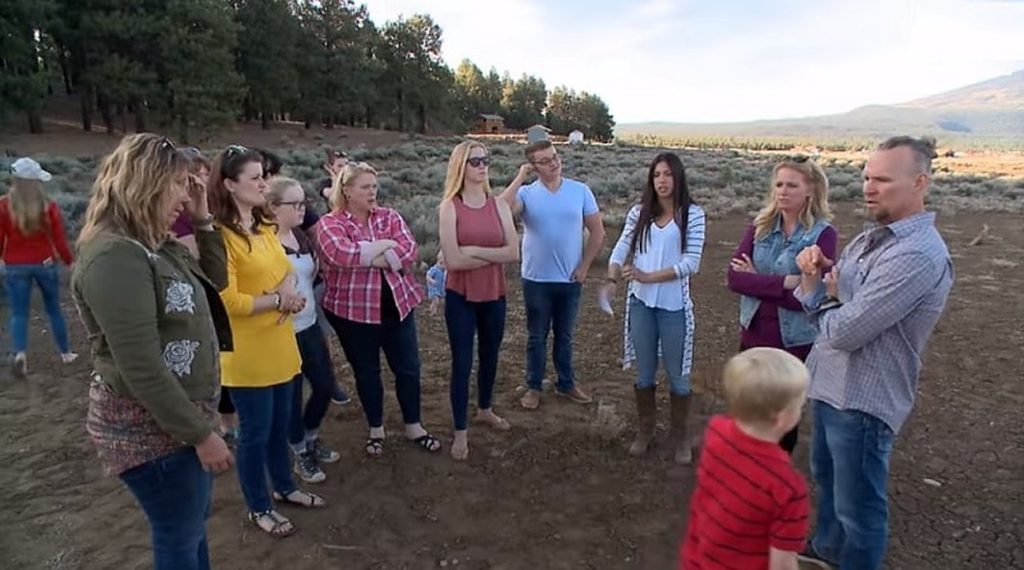 Sister Wives: Huge Loss For Brown Family! New Episodes Talk About The Death Of A Close One

The Brown family has starred in Sister Wives for more than ten years now. Although most of the time, the series dealt with lots of shocking revelations and drama, there have been tragic losses too. In the latest Sister Wives episode, the Brown family goes through a huge loss. No one was ready to say goodbye this soon. It was indeed a sad time for them as they came to terms with this unexpected yet devastating death. Keep reading more to know more details bout this.

The Brown family from Sister Wives has had its fair share of ups and downs. Things hadn’t been good between them since the Coronavirus pandemic. It caused a lot of distancing between them and created a lot of differences. However, the family united at one point to mourn over a devastating loss. It turns out Meri Brown sadly lost her mother, Bonnie, last year. The latest episode showcased this to the audience. The elderly member had an “extended heart attack” when her daughter took off to spend some final moments with her in the hospital. Alas, Meri was only an hour away from the hospital when the staff told her about her mother’s demise in the car.

The Sister Wives fans stated that it was a heartwrenching moment for them to see Meri in such a condition. Kody’s wife stated she didn’t know “how to do this”. For Meri, it felt “unexpected” and “quick” and wasn’t supposed to happen that way. Kody also paid tribute to the departed soul by saying she was his “first mother-in-law,” and he fell in love with her first. He also called her the “sweetest lady”. Robyn ended up mentioning that Bonnie made her feel like she knew her “forever”. She also made her feel “welcome”.

Meri Brown’s late mother also played an important part in Christine’s life too. The latter’s mother left her church, and it caused cracks in their relationship. That’s when Bonnie encouraged the third wife to give her own mother another chance and reconcile. Meri, at last, stated that she had a lot to “figure out” since she lost her mother

. The departed soul had always been there for her.

Meri Brown ended up losing her mother in March 2021. Sister Wives depicted the unfortunate segment in the latest season’s new episode. That’s because the footage of the same is from a little more than a year ago. The first wife had taken to her Instagram to remember her sweet mother. While including a heartwarming picture with her, she wrote some soul-stirring words. Meri mentioned that her mother’s mission in life was to “love, give and to serve”. The 76 years she spent with her mom wasn’t enough for the Sister Wives star. She also called the demised “strong, resilient, compassionate”.

Meri Brown concluded the post by saying that her mo ther left “unexpectedly” and “way too soon”. She loved her more than “words could ever express”. Yet, the celebrity was happy that she was on the “other side” with her dad, daughter, and son. She wanted her mother to continue to fill the space around her with “light”. Most of the Sister Wives fans also took to the comments section to console her. They prayed for her to stay strong and wished for Bonnie to Rest In Peace. Keep track of all the latest Sister Wives updated by checking TV Season & Spoilers.