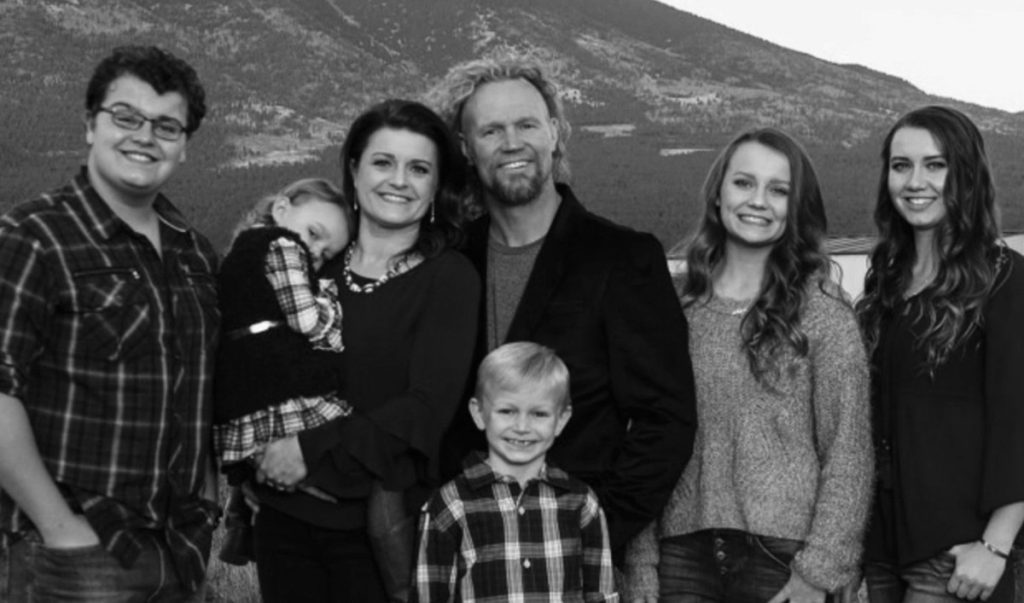 TLC: KODY WITH ROBYN BROWN AND HER KIDS
News

If you or anyone you know is undergoing similar issues, then do not fear reaching out to:
1-800-273-8255 or http://suicidepreventionlifeline.org/

It’s been over a decade since the Brown family came to the limelight through the sensational TLC show called Sister Wives. Viewers have got to see their lives play out on the screens for all these years. Yet, the cast is able to keep secrets. A sad piece of news has come up recently, and fans are devastated for the celebrity fam. Apparently, Kody Brown’s fourth wife, Robyn, has lost a close one at the mere age of 22. This comes as a shock to the SW fanbase, as this update took years to come to light. Hence, here are more details on the topic.

As per the latest update, Robyn Brown has lost her step-brother to suicide. The Sister Wives star’s mother shared children with her step-father, and Paul Sullivan Jr was one of them. He killed himself when he was only 22-year-old and left a suicide note for his loved ones. The tragic incident happened on April 4, 2017, as per a report by TheSun. Tragically, Paul was found deceased in his apartment by his girlfriend, who called the authorities. As per the police report, Sullivan Jr left a note in a notebook that was placed on the mini-fridge by the couch. The lost soul had shot himself in the head. However, the contents of the suicide note have been kept private by his family.

The heartbreaking incident happened around five years ago. At the time, the TLC show was still on the air, but Robyn didn’t mention the incident in any of the episodes. Moreover, she kept it hidden all these years. As the news has not resurfaced, Sister Wives fans wonder why Robyn didn’t post a tribute for her brother. Shockingly, she never ever talked about Paul at all. While many fans are confused and disappointed, others understand that this topic is way too sensitive to be mentioned on the show.

Sister Wives: Everything About The Deceased, Paul Sullivan Jr

Although his passing was never discussed on the show, Paul Sullivan Jr is deeply missed and remembered. His obituary talks of a lot of things about him. The TV star was born on August 25, 1994, and was only 22 when he left the world. Paul grew up in Washington, Utah, and also completed his education there. After graduation, Robyn’s late brother enlisted in Utah Army National Guard.

Paul is survived by his parents, Paul Sullivan Sr and Alice, alongside his eight siblings. He has two brothers and six sisters, including Sister Wives star Robyn Brown. Moreover, Sullivan Jr is also survived by his girlfriend at the time, Alexandra Green. Paul is buried at Tonaquint Cemetery in Saint George, Washington County, Utah. TV Season & Spoilers

offers our sincere prayers to the deceased and his survivors.