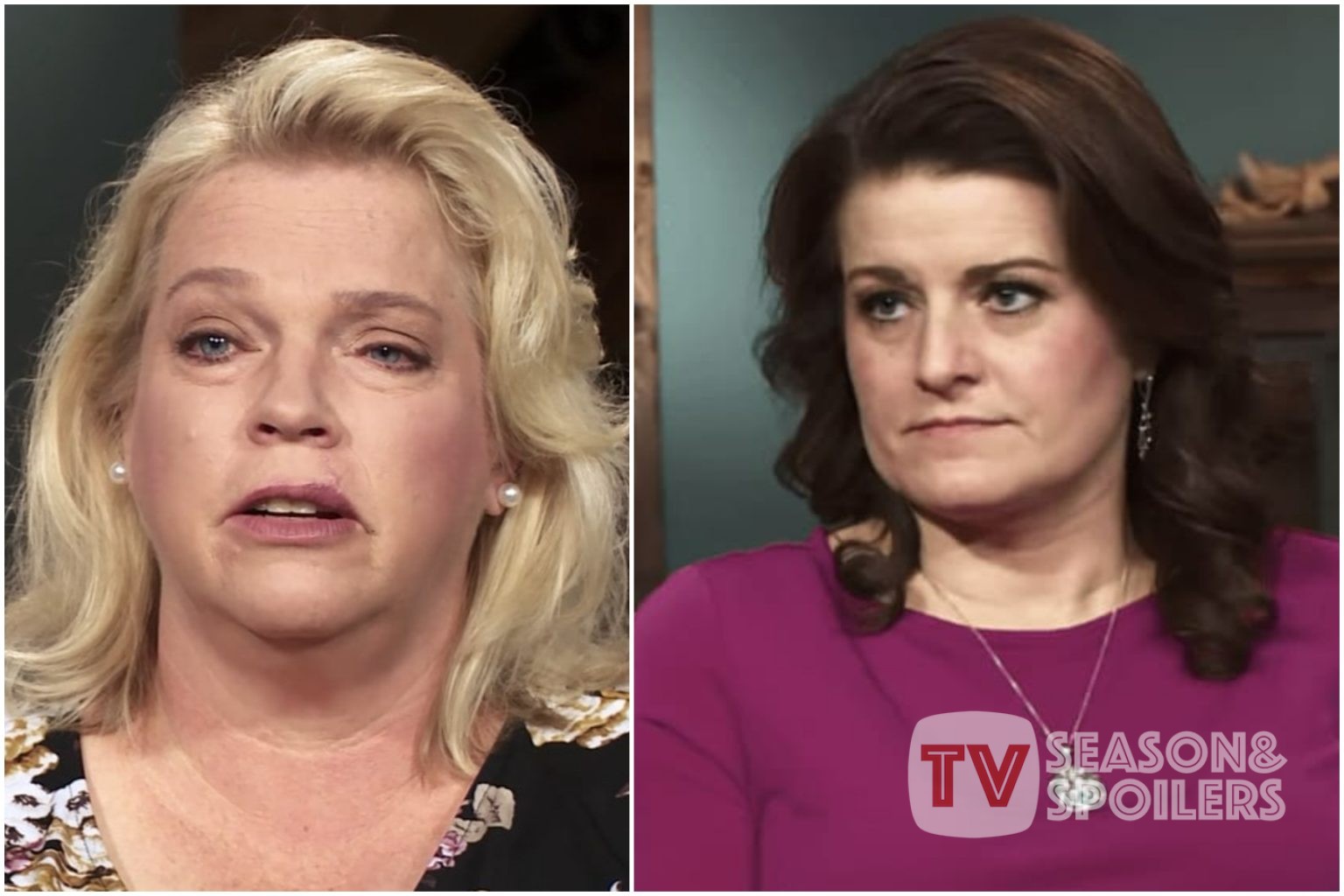 Sister Wives: Janelle Says She Is Tired Of Robyn For Coming Between Her & Kody!

The Sister Wives show is at its sixes and sevens. Apparently, the entire dynamics of the show started to change since Christine Brown declared her decision to part ways with Kody Brown. Evidently, after that, within a year, the patriarch again had to undergo two more divorces. Indeed it made the situation even more chaotic. However, it seems that, as per Janelle, Robyn had a lot to do with it. Apparently, in a recent exclusive clip, the matriarch confesses that she is tired of the fourth wive placating Kody in every matter. To know more regarding the same, keep on reading.

It’s been a while since fans were speculating that Janelle will leave Kody. However, the celeb accepted the same in the recent Tell All episode of the Sister Wives. Evidently, she was the second wife to leave the polygamist. Well, the entire dynamics had changed when Robyn Brown entered the family in 2014. Apparently, the tale of favoritism, manipulation, and disdain started then. However, recently Janelle decided to be vocal about it and revealed how she is tired of Robyn’s interference.

Janelle accepts to the host Sukanya Krishnan that she is really tired of the “Counselor Robyn,” as per UsWeekly. Not only this, she further added that the fourth wife acts as Kody is the only one who has faced rejection. As per Janelle, Robyn is always after the patriarch, consoling him like ‘your pain, your pain.’ However, The Strive With Janelle founder feels that Robyn is always placating him. Evidently, the fourth wife’s hype towards Kody and his grief created a lot of issues in his life. Not only this, but the most favored wife had a tendency to interfere in all the matters that were concerning to Kody and then supported him irrespective of the fact that he was right or wrong!

Not only this, but Janelle also added that Kody acted surprised when Christine announced their divorce. Even though it has been coming for a long time, he still pretends he didn’t see it coming. Janelle further explains how her own sons Garrison and Gabriel also felt rejected

. Apparently, the patriarch expected them to go and apologize to him and his fourth wife because of the issues they had amidst Covid-19. Evidently, Janelle’s estranged husband made it clear that it’s their sons’ duty to mend the relationship!

The Sister Wives fans are well aware that Kody’s mood swings and tantrums were at their peak after his divorce from Christine. Apparently, he wanted his wife to sympathize with him and make him feel that it wasn’t his fault. However, Janelle couldn’t do that because she knew Christine’s side of the story as well. Hence the couple was at odds with each other. Amidst all this, Janelle’s kids were coming to the town, but they had no plans to see Kody and his fourth wife. Apparently, this was enough for the polygamist to yell at Janelle!

Hence Janelle thought that it was a call for repentance for her and decided to walk away from the conversation. Apparently, Kody also expressed his views regarding the episode that aired last month. He claimed that his breaking point was when Janelle walked off. The patriarch further adds that he was soo mad and angry that he simply thought if his second wife walked away, it was all over for him! As per Kody, Janelle betrayed him because she is friends with Christine. Hence, it all comes down to Christine again! Keep coming back to TV Season & Spoilers for all the latest Sister Wives tea.