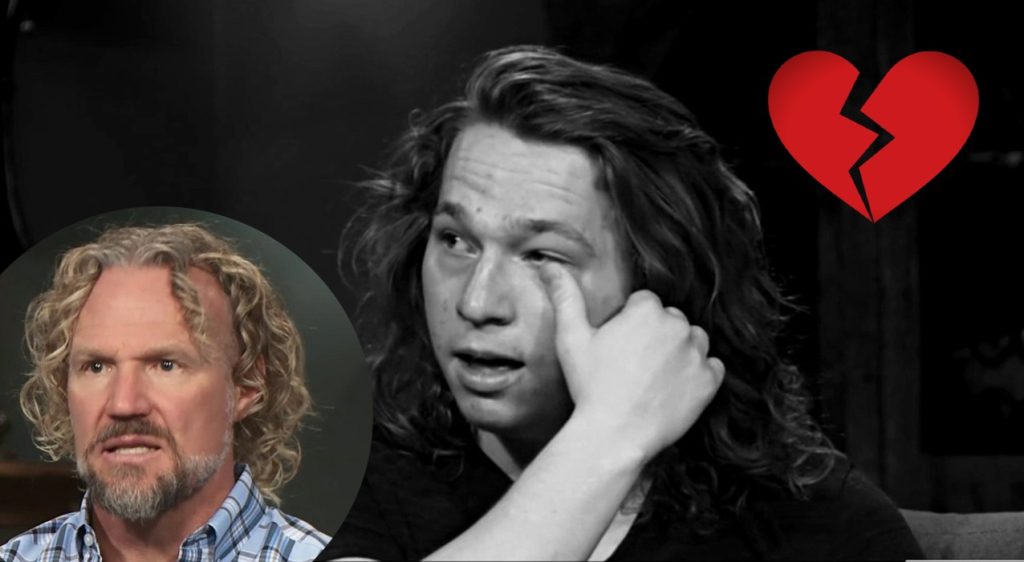 Sister Wives: Janelle’s Son Gabe Cuts Off Kody From His Life, Cries After His Dad Forgot His Birthday In New Episode!

The Sister Wives reality show has lost its stability. Apparently, the show lately has been revolving around the deteriorating relationships of the patriach. Earlier, Kody only had issues with his wives, but lately, his problems have increased with his own kids as well. As the majority of Brown kids are grown-ups now, they are able to evaluate the partiality that surrounds not only them but their mothers as well. In a recent clip, Gabriel was featured crying his heart out because the patriarch didn’t even remember his own son’s birthday. We have all the information you might wish to know, so keep on reading.

The Sister Wives fans know that Gabriel is the child that Janelle and Kody share. Apparently, the viewers are aware that almost every Brown kid (except Robyn’s kids) is at odds with the patriarch. Perhaps amongst those, Christine and Janelle’s kids are on the top. Fans know that the latter’s son, Gabriel, during the peak of the pandemic, also had to suffer from Covid-19. Hence, since then, the issues between the father-son duo never came to an end. Apparently, the father-of-18 blamed Gabe for spreading the disease to Janelle and other kids and used it as an excuse to spend more time with Robyn.

In a recent episode, ironically, Robyn caught the virus even after following all of the unrealistic rules of Kody Brown for over 20 months. The Sister Wives celeb was then hospitalized, leaving the polygamist in a pathetic state. Apparently, Kody decided to call Janelle’s son as he is a Covid-survivor. Coincidently, when the father-of-18 decided to call Gabe, it was on his birthday. The 23-year-old decided not to remind his father about his special day. Hence, it turns out that Kody didn’t even remember his own son’s birthday. He simply enquired about how his son dealt with the mishap and hung up on him.

In a recent confessional, Gabe was heartbroken and burst into tears. He accepted that it was a lot worse for him than just a phone call. Apparently, after several hours Kody again called him and apologized for forgetting his birthday. But it seems that the 53-year-old’s attempt to mend things has gone into vain. Gabe made it clear that it was the last time he talked to his father. Evidently, the star kid is old enough to see how kids with Robyn get the best treatment and what comes to his platter is just a disguised diplomatic father.

Sister Wives: Janelle Opens Up About Kody’s Estranged Relationship With Her Kids

The Sister Wives fans know that Kody Brown is only an ideal father for his kids with Robyn. Apparently, for him, his family with his fourth wife is his utmost priority, and he has partial behavior towards them. In a recent confessional, the mother of six accepts that her kids have an estranged relationship with their father. Janelle further added that Kody is never interested in listening or knowing the point of view of his children. He simply relies on the fact that, that it is he and his close ones (aka Robyn Brown) who were offended. So, in order to mend the relationship, he wants his sons to come mea culpa and apologize.

However, Gabe’s mom has made it clear that she won’t let her sons apologize. In addition to that, Kody further tries to justify himself by saying that he doesn’t want any kind of apology. Instead, he just wants his kids to clear the air with him. However, it seems that there is no room for clearing any kind of air now as the father of 18 has already wounded his family enough, and they cannot take it anymore. Keep coming back to TV Season & Spoilers for all the latest Sister Wives tea.