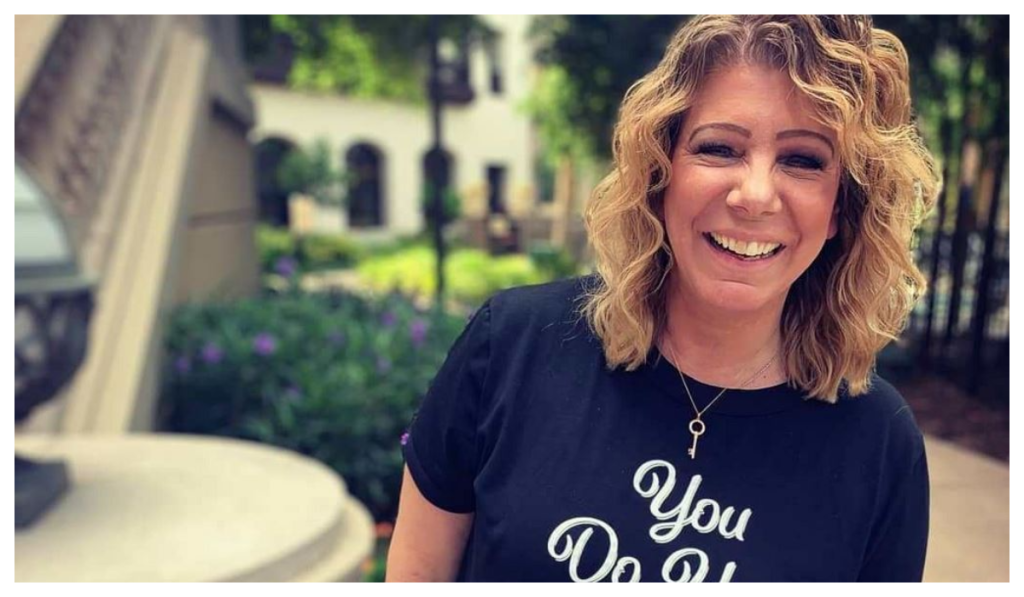 Meri Brown has been indulging in many activities lately. The Sister Wives celeb recently tried her hands at boxing. The TLC personality is picking up new hobbies these days. Besides, her exploring nature is also making way for other opportunities. Right now, the first wife shared an Instagram post that made fans speculate what she’s up to. Meri posted a picture of herself with a book. Is she going to write a book? Tune in with us to find out.

Sister Wives: Meri Brown Teases The Fans With The Hint Of Another Book

Meri Brown loves to talk in hidden meanings. The Sister Wives star’s Instagram is always about cryptic messages. Moreover, fans often wonder about what Meri’s next move could be. Some people say that the Sister Wives celeb is doing certain things to get attention. And recently, the TLC personality posted a picture that stunned the viewers. Meri posted a cropped picture of herself with a book. Then, she captioned the picture, “There’s so much to the story.” She also included the hashtag “#Ready.” At first, people felt that the reality star is hinting about the next season. Another added that maybe Meri is trying to imply her side of the story. Some TLC viewers also thought that Meri Brown had left Kody. However, it looks like there’s really more to the story.

The avid watchers of the show know that Meri has written a book before. And now, with this post, they wonder if the celeb’s second book is on the way, as per Starcasm. The comment section was filled with people wanting Meri’s side of the story. Many of them stated that they were waiting for the book. It could be anything because the first wife still hasn’t clarified what the motto of the picture is. On the contrary, Meri Brown’s Instagram bio suggests that she is the NY’s best-selling author, and along with that, she mentioned, “There’s so much to the story.” It is mere speculation at the moment. Hence, we’re not sure that Meri Brown might be coming up with another book. So, only Meri can tell if the rumors are true.

Meri Brown is definitely leveling up her game by posting pictures. The latest picture reveals how the reality celeb has changed over the years. In the picture, the first wife put her hands in her hair and posed like a model. The Sister Wives celeb did minimal makeup and wore a flower-patterned shirt. Meri captioned the picture, “Just watch this.” And she used a similar hashtag, “#ready,” as in her previous picture. Fans chimed in to comment that the first wife looked gorgeous.

Many people wished Meri a better future. TLC viewers are also excited to find out what she has in store for them. So, till then, stay tuned and keep coming back to TV Season & Spoilers for the latest updates in Sister Wives.