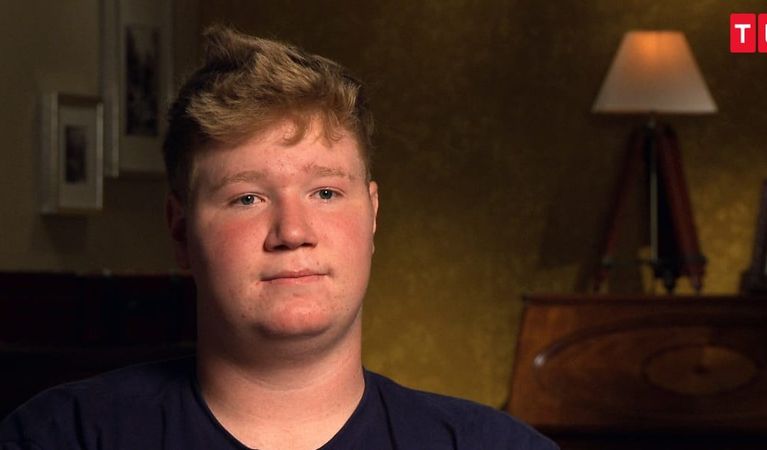 Presently, Sister Wives star Kody Brown has a tarnished image as a father. That’s because he violated several fatherly duties more than once. For instance, Kody didn’t attend his daughter’s scoliosis surgery. He made Gabe choose between his girlfriend and him. In addition, he also tried to evict Janelle’s sons Gabe and Garrison from their house. Hence, fans feel that Kody Brown has failed to be a father. However, Christine’s son Paedon seems to worship the father-of-18. Therefore, it is a little unexpected information for the TLC viewers. So, what does Paedon has to say about it? Tune in with us to find out.

The family head has always topped the headlines for his notorious ways of dealing with situations. He has never reacted sanely, whether Sister Wives tragedy or stopping his kids from social life. Hence, Kody Brown has an image of being a negligent husband and a father. In addition, Gabe has previously stated that his father’s priorities are “a little screwed up”. Kody’s daughter Ysabel also commented that she was hurt when her father didn’t come to her surgery. So, imaging Kody as a great father figure is difficult for the audience and some of his children.

Meanwhile, Christine’s son Paedon has publicly declared that a “good man raised him.” The young celebrity has garnered plenty of attention ever since he started posting videos on Tik-Tok. More so, he spilled the confirmation of Season 17 of Sister Wives. Therefore, the audience has started focusing on the kid’s statement too. Henceforth, a comment gained Paedon’s attention that said, “incredible father?”

Paedon came to his father’s defense and said a good man raised him. He further explained that he hasn’t lived in Arizona for years, so he isn’t fully aware of Kody’s life. It looks like maybe Kody was a good father until the family dynamics started to worsen. Also, his unrealistic pandemic

rules are one of the reasons for his difficult relationship with the kids.

Recently, Christine’s son has been pretty active on his social media. Paedon has started sharing Tik-Tok videos of himself. Further, he also lets the viewers know about his journey battling depression. Turns out the charming 24-year-old battled with body image, depression, and his portrayal on Sister Wives. He shared a video with a text that read, ‘A quick look at my past.’ He admitted that he doesn’t watch Sister Wives as it feels odd to him. More so, he didn’t like what he saw.

The elder kid further explained that his ‘incredible’ father and they were doing great when he was 12. Unfortunately, he didn’t feel the same. Paedon confessed, “I didn’t like me.” He explained that he dealt with major body issues and depression moving forward. He added that he kept seeing him getting worse and worse and worse. Paedon said, “the worst part of my life is what everybody will remember.”

However, Paedon has made a great transformation since then. He is now confident and loves seeing his transformation in the mirror. More so, he wants the fans to remember him as the fun, quirky, and great-looking guy. Hence, the 24-year-old tries to control the narratives of the fans and puts his videos to show who he truly is. So, do you agree with Paedon’s statement? Let us know in the comments below. Till then, stay tuned to TV Season & Spoilers for more.