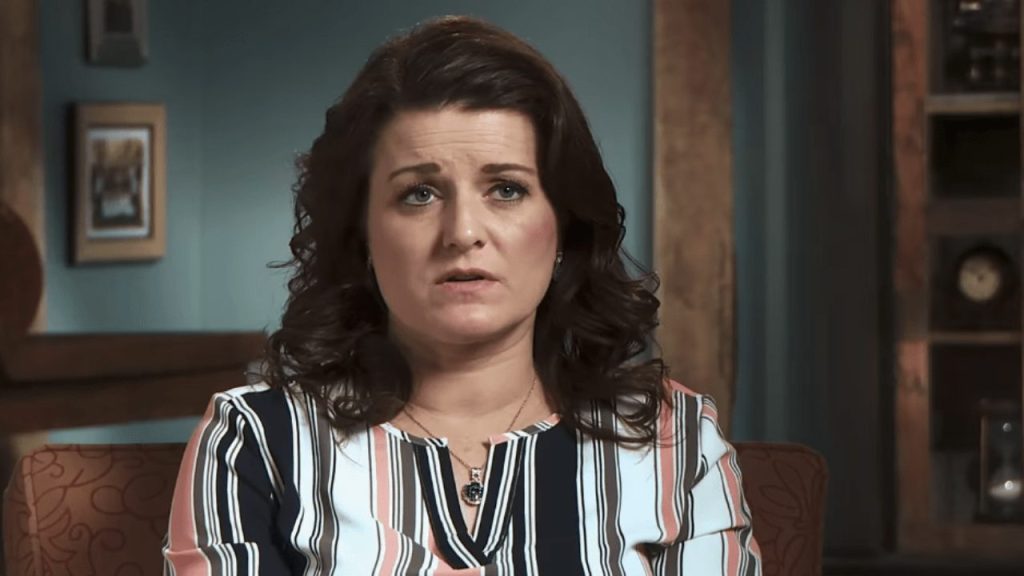 While Sister Wives star Robyn Brown has been TLC’s most hated personality, the recent Q&A clip left fans worried about her health. Most of them spotted some abnormal growth of her throat. Shortly, a series of fans started advising that she should visit a doctor before things went out of her hand. On the other hand, some avid viewers didn’t miss their chance to blame Kody’s fourth wife for Christine’s departure. Some of them also called her selfish and meanest person in the Brown family who didn’t want Kody to stay with his other spiritual wife.

Sister Wives: Fans Think Robyn Needs To Get A Health Check Up

In a recent Sister Wives, Q&A clip Robyn answered some of the most demanding questions. However, it didn’t take much time for fans to notice that something wasn’t right with her. Shortly, a fan commented, “Is it only me or she need her thyroid checked?” Another follower commented that her thyroid isn’t looking in good shape. Therefore, she must visit the doctor. While everyone was trying to slam the TLC star, others came up with some genuine concern.

“I had thyroid cancer and mine looked just like this,” an Instagrammer added. They concluded, “I really hope she’s had a thyroid ultr asound!” On the other hand, “Robyn needs her goiter to be checked,” another added. Well, it seems instead of imposing too much restriction in the name of COVID-pandemic

, Robyn needs to visit a doctor as quickly as possible. As of now, the Brown family hasn’t disclosed anything regarding her health. Thus, it left fans on the edge as they seemed worried for her health. Is she fine? Let’s see if she listens to her fans’ advice in the coming days.

Since Robyn entered the celebrity polygamist’s life, everything changed in the Brown family. Since then, Kody is only staying with his fourth wife and occasionally meets his other spiritual wives. Thus, undoubtedly, it created chaos in their lives. Christine pointed that she feels miserable because Kody has a functional marriage

with others but not with her. It quickly let her realize that she should move on now. So, it ultimately led the viewers to theorize that perhaps Robyn fueled the fire of their divorce.

In the show, Kody seems to attempt the best possible way to continue his marriage with Christine. Yet, Robyn’s tearful expression stopped him from staying beside Christine. Further, many pointed that when Robyn entered his life, his whole world changed. So, now he only sees Robyn and no one else. In fact, TLC viewers even call him Robyn’s puppet these days.