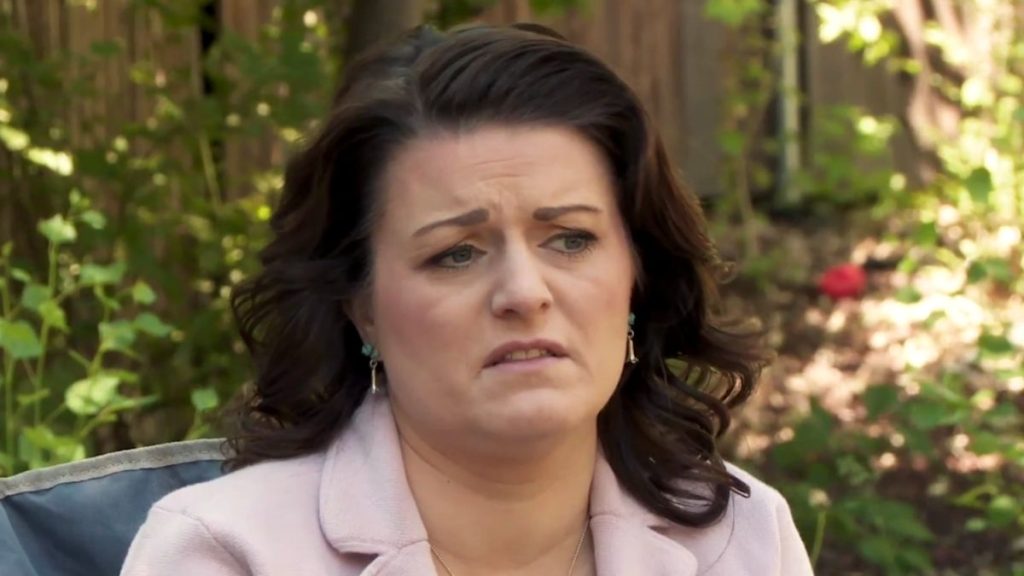 The family dynamics of Sister Wives have been off the pace for a while. Each cast member is dealing with an emotional hit. Be it Kody or his wives or his children. Apart from this, some are trying to overcome the issues. But it looks like the reality show’s cry baby, Robyn, is wrapping herself well around it. Previously, she pointed out that she doesn’t consider Christine and Kody divorced. Now, she has added something else to the menu. So tune in with us to find out.

The Sister Wives Tell-All has revealed many rattle tales about the cast members. Therefore, now the fans are waiting for the Tell-All part three. Along with that, TLC has been teasing the audience with sneak peeks. And according to it, Robyn continues to cry out some more. The fourth wife seems to disagree with Christine’s choice of leaving Kody. However, Kody himself is trying to accept the split.

Meanwhile, Sukanya asks Robyn what her view of this situation is. Surprisingly, Robyn rolls her eyes and says, “What a waste”. Her statement even shocked Sukanya. Robyn then explains that two functioning people can’t figure out their marriage. She adds that she doesn’t understand why giving up is an option when you haven’t even tried. And then Robyn’s river of tears starts. She also claims that she is angry and frustrated.

Meanwhile, Sister Wives fans ran to the comment section to take a dig at Robyn. One fan commented, “can someone turn off Robyn’s crying tap, please.” Another added that Robyn shouldn’t make this thing about her. And they suggested that Robyn should be frustrated with Kody’s choices and Christine

. Because he didn’t treat her well, and that’s why she left.

It seems like Robyn is grieving more than anyone for the loss of Christine from the family. Moreover, she has publicly declared that she doesn’t consider Christine and Kody divorced. That’s because the ex-couple didn’t go through a proper channel of proceeding in the church. Hence, she still considers them married in her mind. Meanwhile, the Sister Wives fans suggested that Robyn shouldn’t interfere when the ex-couple has accepted the split.

The viewers slammed Robyn for playing a pivotal part in destroying the marriage. The fans reasoned that Robyn took Kody on an 11-day vacation when Truely was born. In addition, they feel Robyn should have persuaded Kody to go for Ysabel’s surgery if she’s that disturbed with the split. Also, the controversial nanny issue

was only fuel to the fire. The people also said that maybe Robyn is more than happy with the split from the inside. Stay tuned to TV Seasons & Spoilers for more updates on Sister Wives.