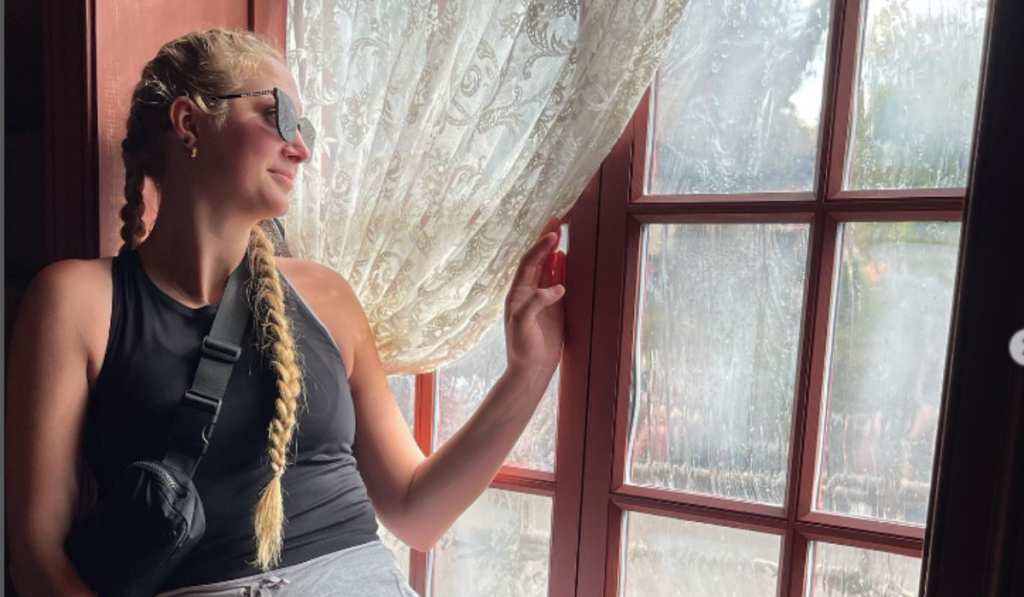 Sister Wives: The Real Reason Why Ysabel Got The Surgery During Covid-19

When Ysabel needed her father the most, that’s when Kody failed her. Sister Wives fans are aware of Ysabel’s scoliosis condition. The star kid went through much pain, and it came to a point where it was impossible to live. The daily activities felt heavy on Christine’s daughter. So, there wasn’t any option left but the surgery. However, there is more reason as to why Ysabel got the surgery. Tune in with us to find out.

Sister Wives: Why Ysabel Got Her Surgery During Covid-19!

At present, Ysabel has come a long way in her life. Fans appreciate her growth and noted that she has become more independent. When Ysabel suffered from scoliosis, she became extremely weak. Moreover, the little one had lost all hope due to Kody’s behavior. Likewise, the family patriarch asked the 17-year-old to go to the surgery alone, which made Ysabel break down. In addition, the father of 18 made an excuse that he won’t be able to attend as he needed to take care of Robyn’s kids and spend time with them. Meanwhile, Kody didn’t understand why his daughter needed to get surgery right away. Per Kody Brown, he thought that Christine wanted a vacation. Hence, that’s why the mother was urging her husband to come for the surgery with his daughter.

However, this wasn’t the reason. The real reason why Ysabel needed to get the surgery was she was experiencing pain every single day. In addition, the daily activities seemed like a burden on her, and she couldn’t live a normal life. Starcasm reports that Ysabel’s spine grew from a 40-degree curve to a 50-degree in a few years. Christine’s daughter noted that she would experience severe pain every time she moved. So, no wonder the Sister Wives fans hate Kody Brown being an absent father. Robyn Brown asked Ysabel the most exciting thing she wanted to do after surgery.

Ysabel responded, “Being more pain-free”. She continued, “Driving without pain, waking up without pain”. Apart from this, the father didn’t come to help his wife after her daughter’s surgery. Besides, the Sister Wives celeb Christine did everything she could to ensure her daughter didn’t feel any pain. The mot her wasn’t even getting enough sleep. The audience now believes that Kody could have come and helped her.

Sister Wives: Christine & Her Daughter Ysabel Are Much Happy Without Kody

Now, looking at Kody’s action, no one is happy. In a recent interview, Christine Brown told the cameras that Ysabel still resents her father for not attending her surgery. Besides, Kody not attending his daughter’s surgery was an eye-opener for Christine. This led the reality star to make the boldest move of her life. In her interview, the Sister Wives celeb said she is happy to divorce Kody.

After being away from the patriarch, the wife started accepting the beauty of her single life. Moreover, Christine is much happy with Kody. And even Ysabel Brown is happy and has grown into a beautiful woman. Fans have always appreciated her for coming out stronger. Stay tuned to TV Season & Spoilers for the latest updates on Sister Wives.