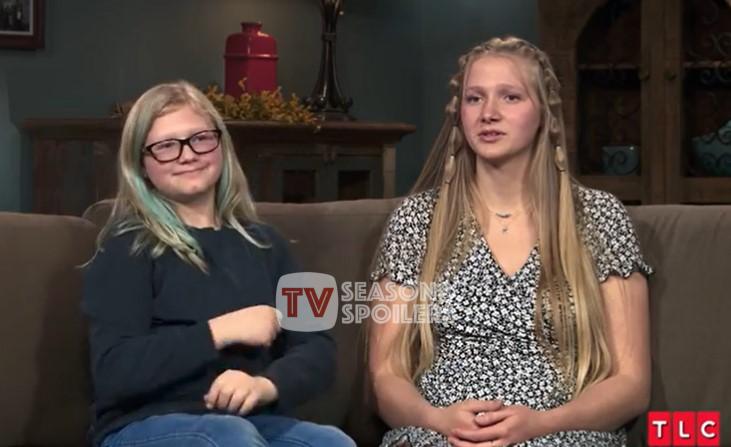 Sister Wives: Ysabel & Truely Getting Own SPIN-OFF After Christine-Kody Divorce?

Over the years, Kody’s relationship has almost stained with the cast members. No wonder the family patriarch’s snarky remarks and gruesome attitude have the family in a gist. Likewise, his children seem to get away from the family. While they were already pretty popular, Christine’s daughters, Ysabel and Truely Brown garnered much attention through Season 16 of Sister Wives. The reality TV star kids were unmatched by their fathers’ energy. That’s because the polygamous head didn’t heed his kid’s needs. Be it Kody’s insensitive comments on Ysabel’s condition or him not attending her surgery.

Hence, there is a lot that happened during Season 16. Turns out, there have been talks about a spin-off series featuring the two stunning sisters. Has TLC renewed it yet? Tune in with us to find out.

Sister Wives: Ysabel & Truely’s To Have Their Own Spin-Off?

Kody Brown is popular for his feud with the Sister Wives. However, the family patriarch even failed as a father. Season 16 of Sister Wives saw the problematic dynamic of Kody with his kids. First, he blatantly declined to attend his daughter’s scoliosis surgery. He said he feels that going to the doctors amidst the pandemic was risky. Meanwhile, Christine was hurt and confessed that Ysabel would have difficulty without her father. Later, Ysabel addressed the issue emotionally and admitted that his father’s priority was a little screwed.

Not only this, the father of eighteen had previously made insensitive remarks on Ysabel’s scars. Hence, owing to many controversies, the kids gained attention from the fans. Therefore, the TLC fans demand a spin-off series of Ysabel and Truely Brown. More so, the viewers sympathize with Christine’s daughters. Furthermore, they have appeared on reality TV series more than before. Hence, it could be a show featuring just the daughters. More so, fans say that they would love to see the kids grow on-screen. However, this is just a demand that the audience wants. TLC is yet to confirm it.

Sister Wives: Where Are Ysabel And Truely Currently Living?

The Brown family kids are adults now or in their teenage years. So, a lot of them are moving out of the house. Furthermore, Christine’s daughter Ysabel recently graduated from high school. Hence, she is moving out to be with one of her siblings. Therefore, Ysabel has moved in with Madison, Janelle’s eldest daughter. Madison currently lives with her husband in North Carolina. Moreover, Ysabel moved in with Madison because she was about to start college in North Carolina.

As for Truely, the 11-year-old is currently with her mother, Christine, in Utah. That’s because, after the mother’s divorce with the polygamous head, she decided to move back to her native place. Apart from this, the daughters had a tough time dealing with Kody’s unrealistic pandemic rules

. So, what do you think? Will there be a spin-off series featuring Ysabel and Truly? Let us know in the comments below. Till then, stay tuned to TV Seasons & Spoilers for more updates on Sister Wives.