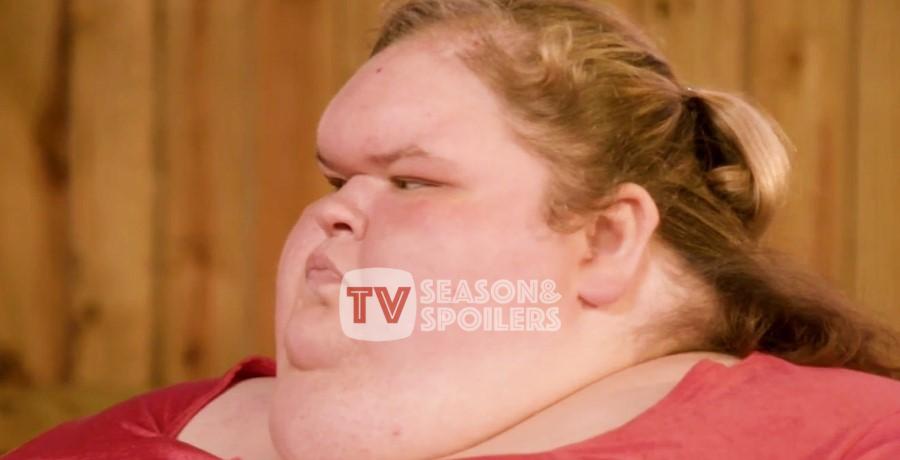 Is Tammy Slaton’ Forehead Abnormal? Medical Condition Explained! Did She Get Surgery?

In barely a couple of years, 1000 Lb Sisters stars Amy, and Tammy Slaton have become popular celebrities. The latter’s journey has been pretty wild in the show’s recent seasons, and she’s finally showing some good results. As of 2022, Tammy has lost around 115 lbs after she was sent to rehab. Despite the weight loss, her forehead is still gaining a lot of attention. Fans have come to wonder if she has a medical condition amplifying the bulge. Hence, here are some details related to the much-talked-about Tammy Slaton forehead.

Tammy Slaton Forehead: Why Is There A Bulge On Her Forehead?

When the Slaton sisters debuted on their television show, they secured a place in thousands of hearts. Amy and Tammy received loads of love for their fun personalities. However, there are some things about the siblings that their fans worry about a lot. This includes the infamous Tammy Slaton forehead, which becomes the talk of the TV town every other month. Well, the issue was already discussed on the show in the initial seasons. Tammy’s forehead had quite a massive bulge that changed size over time. She’s faced this issue since a very young age. This is because some fans have noticed that the TLC star had the lump even in her teenage pictures.

Tammy had already consulted the doctor before fans urged her to. Apparently, it is her obesity that has caused the mass, which is a fat pocket. The doctor revealed that Tammy Slaton forehead would continue to fluctuate in size if the TV star didn’t maintain her weight. On the other hand, her younger sister, Amy Halterman, once said that the lump is caused by the fat in her body. Meanwhile, TLC viewers speculate that the bulge could be a lipoma. While a lipoma isn’t exactly harmful to a person, it sure is worrisome due to its constant fluctuation.

Tammy Slaton Forehead: Did She Get Surgery To Fix The Issue?

Even though it’s discussed that Tammy’s forehead mass is not harmful to her, fans constantly worry about her. A lot of people have suggested the TV star get surgery to remove the fat pocket from her forehead. However, Slaton is yet to make the decision. As of now, her priorities lie in getting weight loss surgery. So, she could be waiting to remove the lump until the doctors approve her for bariatric surgery. Well, all in all, it’s almost certain that Tammy Slaton forehead situation is not a serious medical condition and will automatically deteriorate as she loses weight.

However, the bulged forehead isn’t the only medical condition that Tammy’s obesity had triggered. The television celebrity once had a blot clot in her lungs. It eventually led to pneumonia, after which she had to be hospitalized. Tammy has previously revealed that she also suffers from gout and gallbladder problems. Moreover, she is also struggling with high blood pressure and issues with her thyroid. For over a year, Tammy has been on oxygen. Recently, she was put on life support due to scary carbon dioxide poisoning

. Currently, she’s dependent on her trachea tube for breathing. What are your views about Tammy Slaton forehead? Tell us in the comments below.