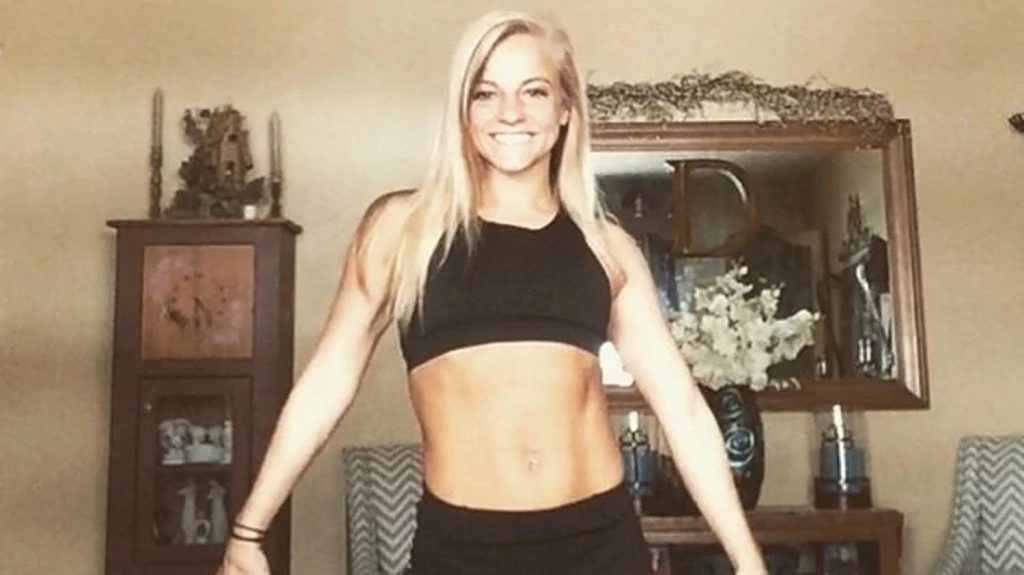 Mackenzie Douthit and Josh McKee separated twelve years after their troubled relationship. The Teen Mom couple shares three children. Mackenzie and Josh went through several ups and down in their relationship. Eventually, they announced separation in July last year. In her separation statement, Douthit stated that she respects Josh as her father, but she needs to do it for her happiness. While Josh moved ahead with the new love, Hailee Lowee, Mackenzie took time to get over her long relationship. Recently, she posted a picture of herself with a new man. Keep reading to know the hotter inside details!

Mackenzie seemed reluctant to enter the dating pool, which seems fair to a lot of fans. However, the tables turned with her New Year’s Instagram story. Apparently, a Teen Mom fan page reshared Mckee’s recent thread of stories. Initially, a man wearing a hoodie danced in the blue party lights. The video was captioned, ‘My Man Khes,’ where he showed a few dance moves. In the following post, Mackenzie could be seen holding his face and planting a fun kiss into a captured close-up selfie and added a song with lyrics around the line of loving and treating right.

The last thread had her salsa dancing in the video with the man. The guy reportedly goes by Khesanio Hall and is the online coach’s love interest. Also, Mackenzie had posted a witty Tweet saying that she remembers her promise of staying single for a year, but even she can lie. According to the fan age, Khesanio Hall is 26 years old and hails from Santa Cruz, Jamaica. The man graduated from Northeastern University in Boston, Massachusetts. The outlet claims that the Teen Mom couple has been together for a month now.

Khesanio’s Instagram suggests that he is a hardcore soccer player and a sports fan. Additionally, Mackenzie first sparked relationship rumors in October 2022 when she was seen with a mystery man in a Tik Tok video. Fans were sure that the Teen Mom alum had something romantic with the man. However, she denied all the assumptions and cleared that the man named Dmitri was just her friend. Although he has a crush on her, she has no feelings for him, and they are good friends.

The Teen Mom star was previously involved in a scandal where she passed racist comments at the Vice President of the United States of America, Kamala Harris. She referred to her as colored and used it for co-star Cheyenne Floyd too. The incident took turmoil on social media, and Mackenzie was heavily criticized for it. An Instagram user doubted if she was dating him to prove the world wrong about her being a racist. Although, the rest of the people seemed happy and curious in the comment section.

The fitness enthusiast also posted a few pictures of her year, 2022. She shared the new and different things she did in the year. Further, the mother of three put up pictures with her closest and dear ones expressing gratefulness for their existence. What are your thoughts on Mackenzie’s new relationship? For more exciting news updates, stay tuned to TV Season & Spoilers.