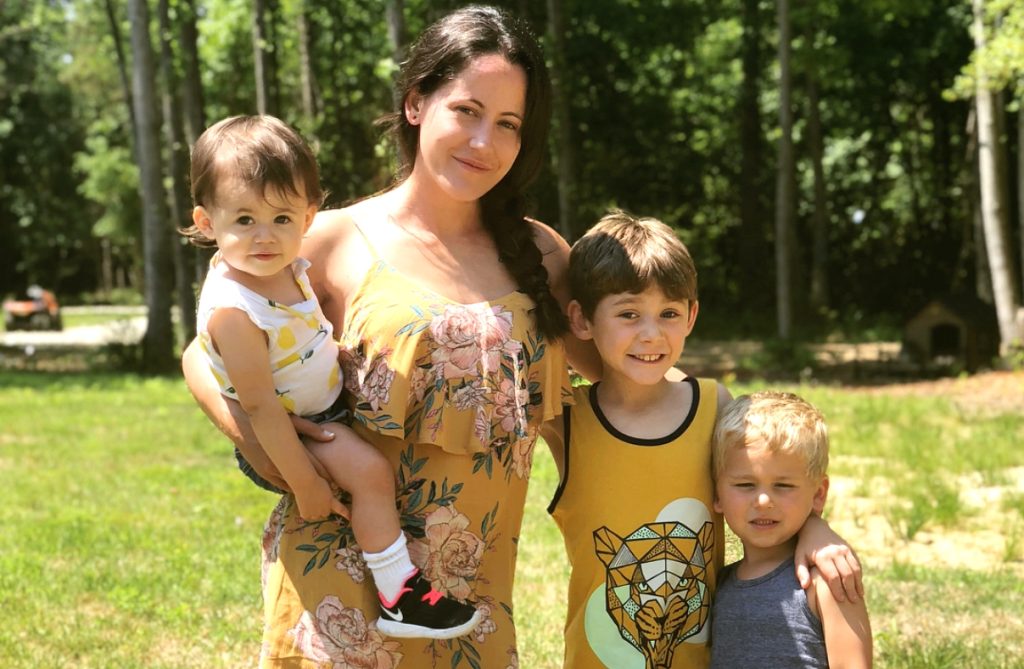 Teen Mom personality Jenelle Evans has always been into controversy, whether it’s unhygienic cooking or taking wrong parenting decisions. Fans always slammed her for not being an ideal mother. However, there was a time when government officials withdrew her children from her house because they believed she was an inadequate mother. Most of Jenelle’s children are now under her care again. But her oldest son Jace is still living with his grandma. Jenelle has two sons and a daughter. Having only one daughter, she has always wished for another. Although it seems now the wish is finally getting fulfilled. In her recent post, fans accused her of expecting a fourth child.

The MTV personality, however, has not made any official announcement about her pregnancy. But her recent Facebook post seems to indicate it. Jenelle posted a Facebook status of a gorgeous newborn baby girl wearing cowboy boots. In the caption, she talks about baby fever, as per TheSun. Given that Jenelle already has two sons, Jace Evans, 13, and Kaiser Griffith, 8, and just one daughter, Ensley Eason, 5. However, the Teen Mom star might desire another daughter, believe fans. As Jenelle already has three kids, her costars feel that rather than having more, she should completely focus on her children. Due to her past of not being a fit mom, fans feel she has got enough kids and should enjoy the time with them.

Fans have always slammed the former Teen Mom of three for improper parenting decisions. In the post, some fans even made fun of Jenelle for admitting she had baby fever. They said that she should focus on raising her current children rather than expecting more children. At the same time, some fans were excited about Jenelle possibly having baby number four, despite many others trying to dissuade her from doing so. One supporter chimed in and said to make more as she got money to raise. However, besides being an unfit mom, Jenelle has also been seen as engaged in having fun activities with her children.

Fans reposted an old video clip of Jenelle and her eldest son Jace. In the video, Jenelle was seen getting ready for her baby shower months before the birth of Kaiser, her second child. As she begged her now-ex to assist her in setting up for the party, the Teen Mom personality narrated the tape, informing viewers she was taking her son Jace to her mother’s house. Moreover, Jenelle seems angry in the video as Nathan texts her, refusing to help her. Jace then asks Jenelle if Nathen is coming. To which she replies that she will ask him one more time because she wants Nathen to help her. Jace sitting in the back seat, offered Jenelle help and said if Nathan will not, the little boy would help her out. Realizing that her partner had never valued her, she started crying. However, Jace started singing a song to cheer her up.

Fans were horrified by the video and took to Reddit to criticize Jenelle’s parenting and express their sympathy for her youngster. Fans praised the child by dropping some emphatic comments for her. However, they slammed Jenelle for ignoring him, who was comforting her, and said that she is very self-centered. Some also said they felt sad for Jace and that the scene broke them. Fans even call her selfish. For all the latest Teen Mom TV updates, keep coming back to TV Season & Spoilers.